Loss to the Government due to COVID – 19

Corona has almost shattered the economy and financial condition of almost every country in this globe, but the countries which were already struggling economically and financially have stricken so badly during this COVID.

Talking about India, it is staring at Rs. 10 lakh crore revenue loss due to the COVID – 19 outbreak even as the country’s economy opens up during the risk of the deadly coronavirus.

As the government is conducting free and low priced tests for each and every citizen, and due to the weak low medical facilities, we are lacking the number of testing kits at the initial stage due to which a large number of testing kits were being imported or taken from other countries which included a huge cost to test each and every citizen and excessive lockdowns also lead to huge losses in the government treasury.

The government had very few ways to neutralize these losses such as increasing taxes in other sectors like oil and petroleum and many more. 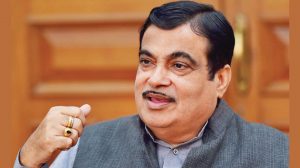 The Union Minister Sh. Nitin Gadkari also made a statement stating that it is expected to lose revenue of ₹10 lakh crore due to the crisis. The situations have gone so grim that some states don’t even have money to pay salaries next month.

The standard and poor’s global ratings have forecast India’s economy to shrink by 5% in the current fiscal. India’s problems have almost been compounded during the COVID  we are also going through the border tensions which are in which somewhere China and Pakistan are trying hard to threaten us with some kind of border tensions which also gives us an additional expense of arms and ammunition from other countries.

Already in this pandemic country is incurring huge expenses and losses and the sources of income for the government have been shrugged down due to the excessive expenses.
Delhi and Maharashtra who are the most supporting states for India’s economy and are a major source of income for the country are currently in a lockdown state and the cases have been continuously increasing there at an alarming rate.
It’s better if countries start working hard for the vaccine or else our economy will again suffer huge backwardness and may also get stagnant. It may have to again suffer a huge breakdown and a depression.
Share