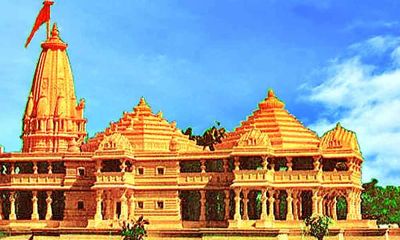 Ram Temple Trust indicted for land Row by the Samajwadi Party (SP) and the Aam Aadmi Party (AAP) Lucknow: Two political parties claim the Ram Temple Trust for illegitimate the agreement of the Land in Ayodhya Nagri. The Trust, which has been set up by the Central Government under the supervision of PM Modi in February 2020 for administrating the construction of the Ram Temple, entrap in a Land Scam. 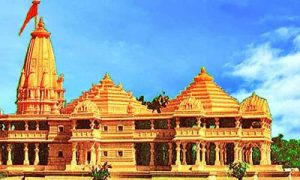 The Samajwadi Party (SP) and the Aam Aadmi Party (AAP) asserted and slammed the Yogi sarkar to embezzle the donation. They accused the Trust general secretary Champat Rai of purchasing a piece of land worth Rs 2 crore at a dilated price of Rs 18.5 crore. The parties also incensed the demand of CBI[ Central Bureau Investigation] and ED[ Enforcement Directorate] investigation on the four plays of the Trust.

As stated by the two opposition leaders, Sultan Ansari, on March 18, purchased the land measuring 1.208 hectares from its factual owner Kusum Pathak, who is the wife of Harish Kumar Pathak alias Baba Hardas, for Rs 2 crore. Later on, Rai bought the same land in Bag Bjaisi village that falls under Sadar tehsil of Ayodhya district from Sultan Ansari at Rs 18.50 crore. On the contrary, “Champat Rai, the general secretary of Shri Ram Janmabhoomi Teerth Kshetra
Trust, bought the land worth Rs 2 crore at Rs 18.5 crore under the aegis of Amit Mishra [Trust memeber]. However, this is a case of concealment and, the government should get it probed by the ED and CBI.” Sanjay Singh [AAP] stated to the media in Lucknow. He also said that “Prime Minister Narendra Modi and his government must initiate a rigorous investigation by the CBI and ED, and the corrupt persons should send to jail. However, it is the question of faith of crore devotees of Lord Ram who have given their arduous money for the erection of the Ram temple. Although Samajwadi Party’s former leader also claimed the Trust with the same
assertion.

The SP [ Samajwadi Party] leader Pawan Pandey confessed in media, “A piece of land had bought for Rs 2 crore in which trustees were witnesses. Did the land start giving out gold that it has bought for Rs 18.5 crore, just after the minutes of the moment?” Both the parties persistently asking questions to the Temple Trust and the Central government. Contrarily, the Trust has disproved all the accusations by the Parties. The formal statement has also been released with the sign of the secretary[Champat Rai] of the Trust. It stated, “After the Supreme Court order, a lot of people started coming to Ayodhya to purchase land, and as the UP government is also purchasing a lot of land for development works, the land price increased instantly. The land on which discussion has started is very close to the railway station and crucial location. All the land purchased by the Trust is purchased at a price much lower than the market price.”

Uttar Pradesh CM Yogi Adityanath has taken complete information about the matter. As per the reports, Yogi Adityanath has queried about the purchase of Ayodhya Land. The officials have shown all the documents to the CM. The local administration, Trust, and the CM itself have accepted that no corruption has taken place in an accretion of the land. Other opposition parties have also come under controversy. Congress general secretary Priyanka Gandhi Vadra on Monday said the misuse of donations by devotees is a sin. “Crores of people made their offerings at the feet of God out of their faith and devotion. Misuse of those donations is unrighteous and is a sin and an insult to their faith,” she tweeted