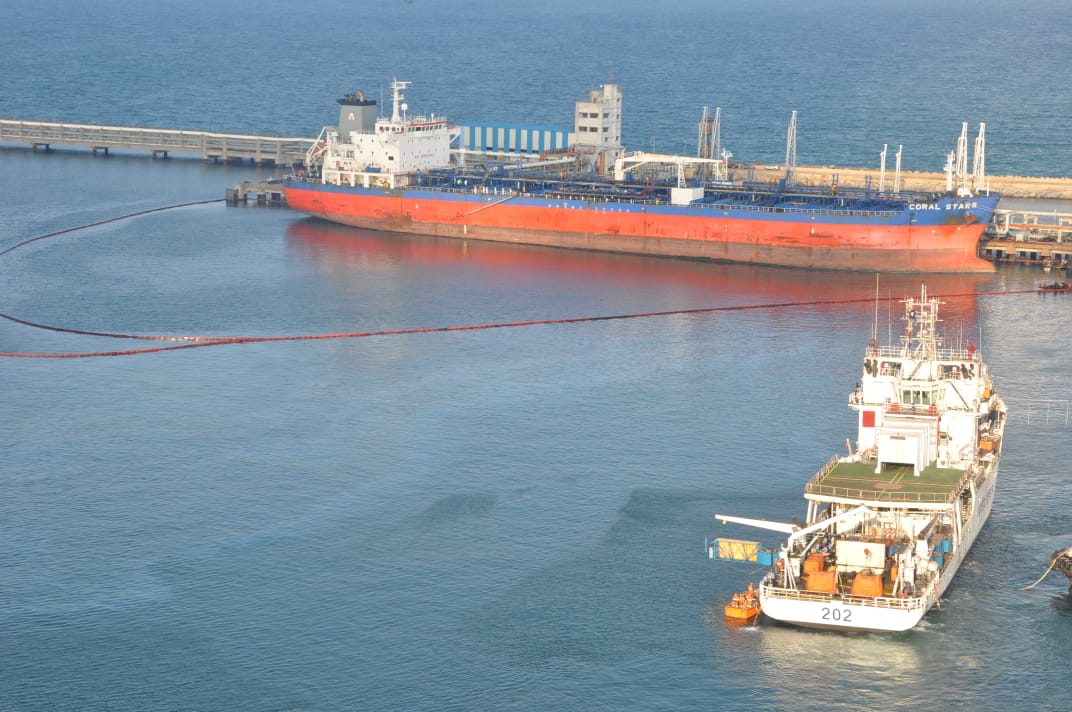 Motor Tanker Coral Stars berthed at Kamarajar Port in Ennore near which encountered an accidental oil spill that became the reason for the critical moments on the sea front.

Indian Coast Guard does the work in time

November did not go well for Chennai coast. There was some critical moments on early hours of 18 November, but as they did not last long, thanks to the timely help that poured in from Indian Coast Guard.
Motor Tanker Coral Stars berthed at Kamarajar Port in Ennore near which encountered an accidental oil spill that became the reason for the critical moments on the sea front. Thanks to Coast Guard, action was initiated to clean the oil on the water to prevent untoward consequences for the marine environment. 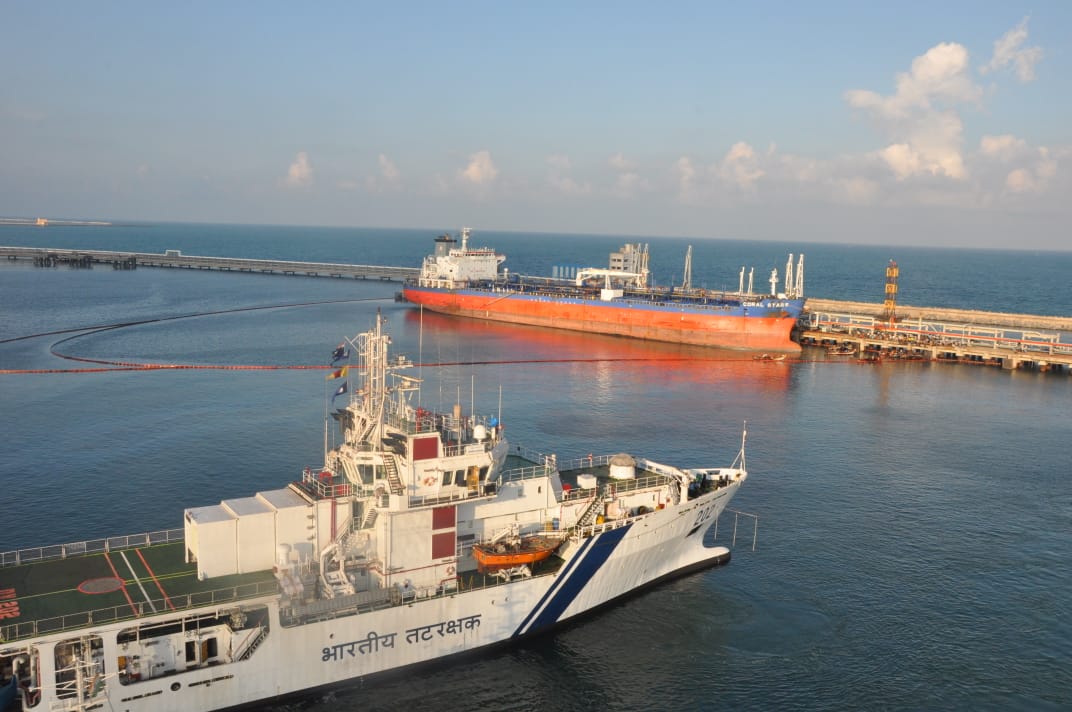 The measures were initiated along with Ennore Port. The spilled Furnace Fuel Oil (FFO) can become highly viscous chocolate coloured mousse owing to weathering in passage of time and required special equipment and techniques for which the Coast Guard pressed into action its specialised pollution control vessel Samudra Paheredar along with five other ships and six sorties by Coast Guard helicopter in the ongoing pollution response operations to clean-up nearly two tonnes of thick FFO which was accidentally spilled from Coral Stars at MLT berth of Kamarajar Port.
The specialised equipment onboard ICGS Samudra Paheredar proved critical for recovering the thick oil mousse and preventing it from reaching the shores. Near about five tonnes of viscous mousse has been recovered using weir, disc, brush skimmers and manual mopping using absorbents. Traces of oil effectively dispersed. 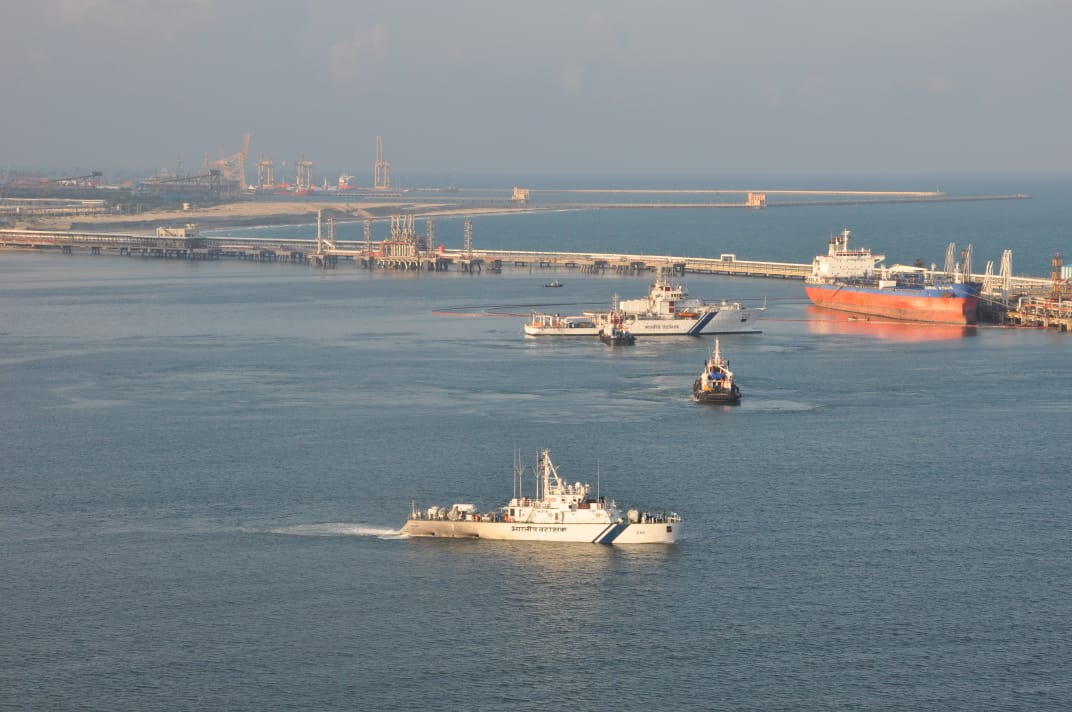 Whilst the ships were taking care of seaward front, the aerial assessment provided the needed inputs about the location and movement of the spilled oil and critically aided in designing and implementing recovery/dispersal process.
The operations centre of Coast Guard Region (East) maintained round-the-clock communication with the state pollution control board, Kamarajar Port and shipping authorities for sustaining and progressing the clean-up operation.
The efforts by Indian Coast Guard have resulted in effective containment and successful recovery of the spilled oil.