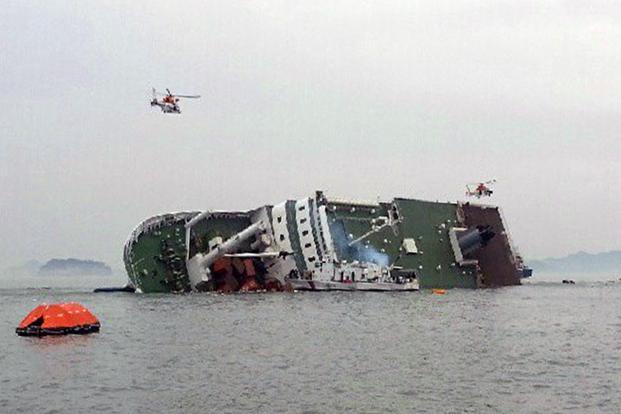 Life has its way of slapping us with unexpected and harsh realities and brutality knows no limits because it stands by the reality so why does the society have a set metrics while empathizing and understanding, why efforts being made are finite and countable on fingers? Can compassion not hold up for a while more as you search for another missing Rahul?

On 13 October last year, the word came out that cargo ship ‘Emerald star’ carrying 26 crew members sunk and it is believed that liquefying was the main cause of capsizing. Nearly 16 members were rescued by bulk carrier Densa Cobra and 10 sailors went missing. 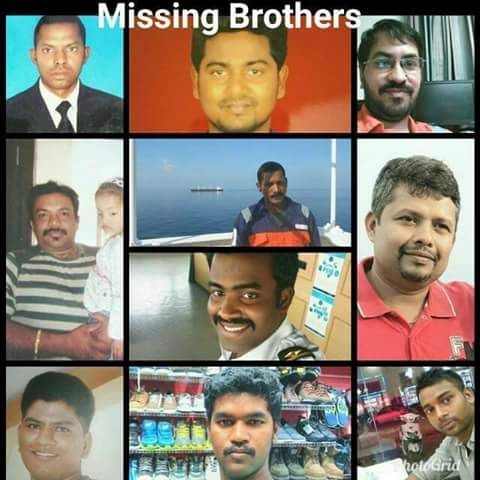 On 26th October 2017, family members of the missing crew members knocked the doors of all the potential sources of help, not because they were given hope by anybody but because it was their hearts tied with those missing people with a thick chain of blood and emotions.

Members of three families contacted Minister of External Affairs Sushma Swaraj. Chain of rescue operations was set into motion with the help of Mr. Shikhawat and Sushma Swaraj. They all turned out to be a failure due to unfavorable weather conditions.

The sun made its mandatory appearance with abundant light but negligible hope, “No reviews. No Updates.” It was all that waited in queue forcing them to say goodbyes reluctantly. Something in them was not giving up on the belief that they are there, somewhere far away but alive. They had hope, a lot of it, fighting the nostalgia for the laughter of their sons, brothers and husbands.They approached astronomers individually and said, “We were overflowing with hope when astrologer told us that they are alive and on an island.” It may approach us as something fictitious and inappropriate but people do believe in astrology.

On 19 November 2017, waking up to the dark mornings and empty outcomes took a break as they lit their candles and marched muted by pain and illuminated the streets of Delhi near India Gate. When the suffering started becoming more than their bodies could bear they marched screaming for help in disguise.

Brief on the status of the search efforts and accounts given by the family members of missing sailors
On October 16, the Indian Navy commenced a maritime surveillance, aircraft, P-81 loaded with food and water supplies which went in search of the sailors but search made no headway due to the constant bad weather.

Uma Sri, wife of missing third officer Mr. Giridhar Kumar said, “Everyone was wearing a life jacket but it seems these four people were on the bridge and hence could not jump but they had made an exit plan when the water was entering. It seems at a time, a wave crashed into the ship and the sailor was thrown overboard.”

Emerald Star’s chief engineer, Shyam Singh Rajput- one amongst the missing crew members, his elder brother Captain Sher Singh Rajput said, “We have met the sailors who were rescued and they told us that their colleagues were wearing life jackets. There is a high possibility, therefore that they might have floated away to nearby islands and are alive.”

One of the missing second officer – Rahul Kumar’s brother in law Ashish Ranjan added, “There are large number of islands around the spot where the ship sank. We would like the local fishermen, NGOs and hospitals in these areas to be included in the search effort again.”

On 10th January 2018, a meeting was held at Cosmopolitan Club in Chennai for the family members of the missing seamen, ITF inspector, Lam Wai Hong and Jason from Hong Kong were called in the meeting which was aimed at deciding compensation and simultaneously getting acquainted with the expectations of the families and to gather a greater sense of their wants.

Majority of the families denied for the compensation filed forms requesting the ITF officers to extend the search which was taken into consideration as the officers ensured forwarding their request to the Hong Kong flag.

Coast guard officials told that they visited families once in three days while the families were at Chennai to update them with the status of the rescue operations. A Whatsapp group is also created to keep the families informed about the progress and details of the search.
Renowned astrologers are continuously predicting the same probability of the missing members to be alive at some island, struggling to survive with no water and food.