As we can see that from the past few weeks, Nepal is leaving no stone unturned in helping China and is making all possible efforts to indirectly harm India.

A few days back there was a small border clash at the Nepal border where two of the civilians were fired. Nepal and China have been angered by India’s recent moves.

Delhi’s published its new map of border region November after it divided Indian administered Kashmir into Jammu and Kashmir and Ladakh.

The map Incorporated some of the territories disputed with Nepal inside India’s borders. Nepal is hard to go against India and recent main reports have also been bad.

Nepal has opened its borders for China where easy trade can be committed.

Here we come to the recent news On 9th July 2020 a report by ANI  at the Nepal cable TV operators has switched off signals for all Indian news channels except Doordarshan. 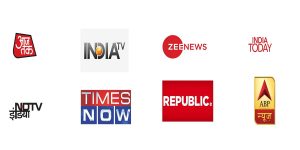 There is no government notification on the same as of now.  Nepali cable TV  provider ANI  Anil for Indian news channels has been switched off in the country.

Deputy Prime Minister and spokesperson of the ruling Nepal Communist Party (NCP) Narayan Kaji Shrestha Pawan stated that ‘ baseless propaganda by Indian media against Nepal government and our PM has crossed all limits.

This is getting too much. Stop the nonsense ‘. the move by Nepal’s Multi-system Operators (MSO) comes at a time when tensions are running slightly high between India and Nepal after the nation revised Its political map including territories that are being claimed by India Kala Pani, Lipulekh, and Limpiyadhura.

As it is assumed that Nepal will be trying hard to anyhow threaten India’s economy by these small trade wars. Meanwhile, the High Commission also stated that the step taken by India against the banning of its news channels will be somewhat opposing for Nepal.