They continue to inspire us 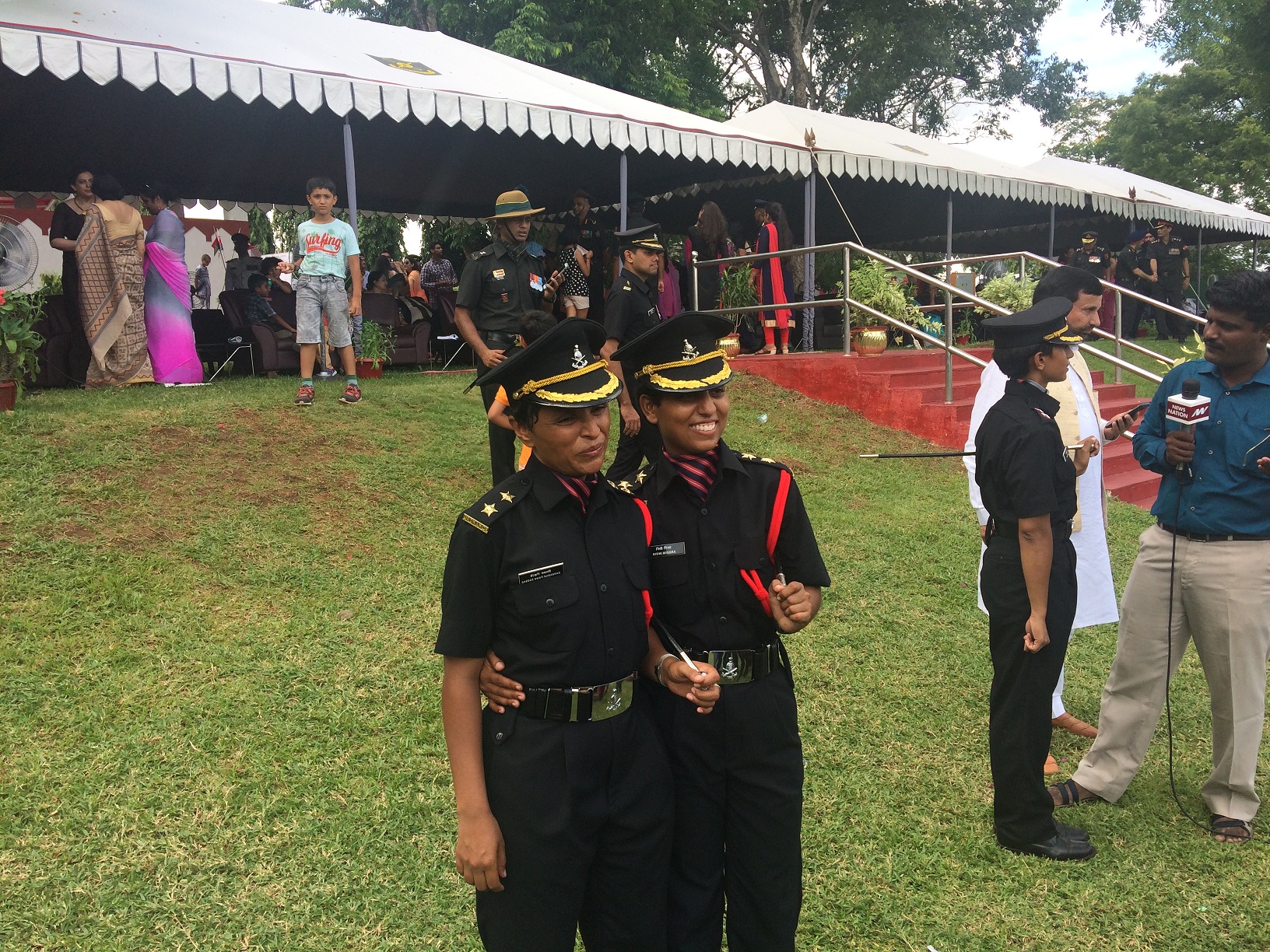 While these two women were among the 322 cadets who passed out from the academy on that day, there is something that made these two women stand unique. These women cadets are Veer Naris (brave women, wives of armed forces personnel who died in service), and what made them different was their choice.

Their husbands died while in service and they could have settled in any other job comfortably, but they did not do it and decided to join army to serve the nation just like their  husbands did. Infodea spoke to these two Brave Women on the day they passed out from the academy.

Nidhi Mishra’s husband Naik Mukesh Kumar Dubey died due to heart trouble in 2009. She worked as an executive in a HR firm and also as a teacher in an Army school. “I read about Priya Semwal, a veer nari who too joined army, taking inspiration from her I made up my mind to join the armed services and dedicate myself to the nation”, said Nidhi Mishra. “I met E V Reddy, the centre commandant of Mahar Regiment, he guided me to Colonel M P Singh.
It was here I got the guidance on how to clear the written test and face the physical tasks”. It was not easy as she had an eight year old son Suyash who had to be taken care of, “thanks to the support from my family, parents stood by me”. And, that made her move towards her goal.

It took about five attempts to clear the entrance exam. Nidhi will join the ordnance wing of 31 Armoured Division in Jhansi in Uttar Pradesh. For Swati Mahadik too, the story is no different. Her husband Colonel Santosh Mahadik died fighting terrorists in Kupwara district of Jammu and Kashmir in November 2015. Colonel Mahadik took seven bullets to save men under his command for which he won Shaurya Chakra in 2016.

“He (Santosh Mahadik) had a great love for his job, and whenever I used to look at his dress in the wardrobe it reminded me about his love”. And she decided to join the armed services as that was best way to keep the husband’s legacy alive. Much like Nidhi, things were not easy for Swati too.

She had to undergo the hard preparation for joining army and the only concession she got was relaxation in age limit as she happened to be a martyr’s wife. The age limit for joining army is 27. The mother of two kids Karthikee (daughter) and Swaraj (son), admitted them to a boarding school and then joined OTA to realise her dream. Swati will join Army Ordnance Corps in Pune. Both of them unison said women are ready to play a crucial role in the combat units of Indian Army too.

“We have received the same training and underwent the same hazardous tasks our male counterparts went through, there is no difference in the capabilities, so we can also prove our mettle in the combat units”, they said.