CSR is the change initiator 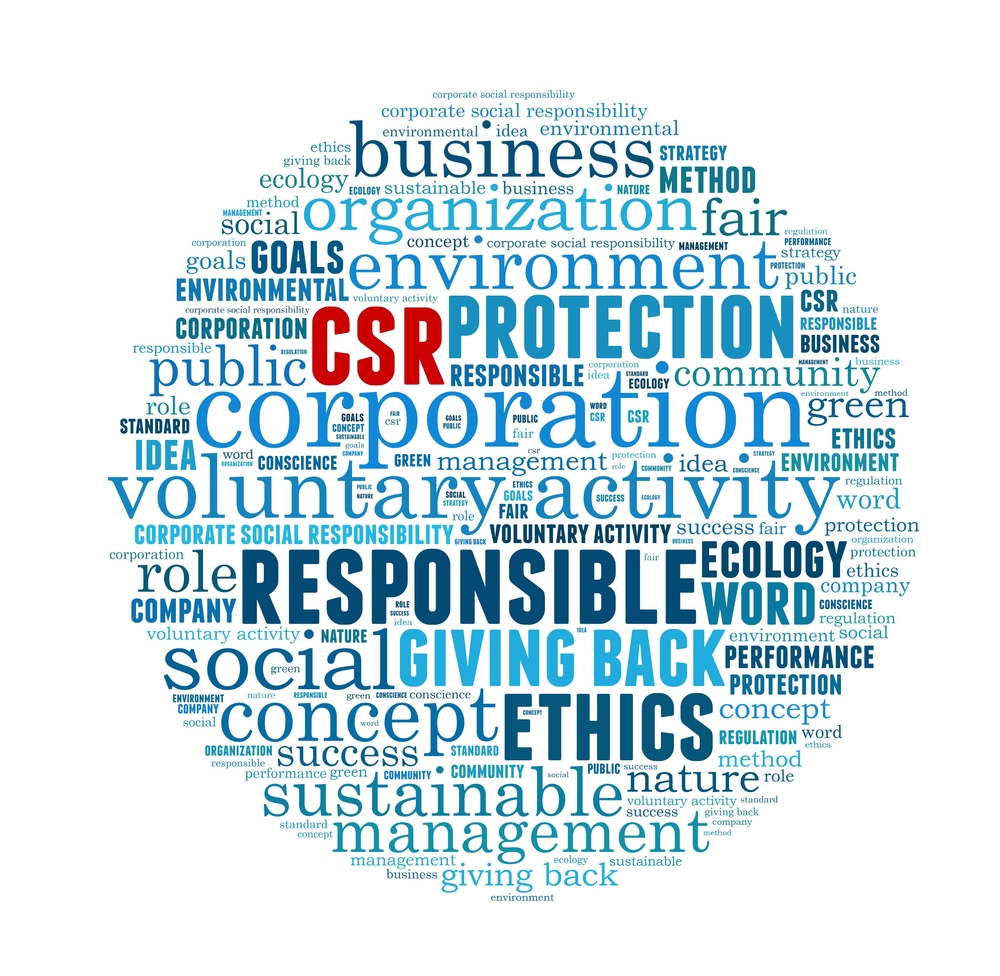 Today many corporates launch CSR drive to help citizens in community to take up leading roles as citizens in society and it is obvious today in greater measure.  There is a move to empower women in large number help in reducing caste barriers and provide employment to everyone.  Today in India, many private companies like Tata employ people up to 70 years as it is the retirement age in some corporates.  Organizations also provide employment to family members and integrate family as part of corporations.  There is a strong corporate culture existing as vision and mission of leaders become work functions of employees generally.  Company chairmen with the likes of Dhirubhai Ambani of Reliance and Wipro’s Azim Premji have strong family background to provide healthy corporate culture for employees to follow and cherish.  This helps companies, governments and societies to grow effectively in a healthy social and people oriented set up and environment. Corporate social responsibility is duty of not just one but all in a corporate organization to grow and cherish success and development in a changing social milieu.

Companies are not entities but a bundle of families starting from the top wedded to achievement and satisfaction of all or most of people’s needs and necessities. Prime Minister Narendra Modi’s government and President Obama’s administration enjoyed full mandate of people and they took many measures to benefit those who are intellectually and economically downtrodden.

Corporate social responsibility is to make man life responsible and capable of bringing about change in the society effectively.  Individuals depend on institutions as institutions also depend on great individuals as American presidents or others who can decide destiny of nations or people effectively.  CSR makes people accountable and responsible to all so that maximum good is given to maximum number of people.  The recent development in science, technology and culture benefited mankind greatly as people everywhere think like the west does. Western mass media communication has been entertaining people greatly, western life style suits everyone on the planet as a result of corporate social responsibility.

Beauty and affluence are seen today in great measure in western cultures or societies as corporations grown up to deliver goods of comfort with some pain to everyone.  There is some reluctance on part of people but western or modern industrial production is no substitute as eastern kind of life style.

PM Modi’s introduction of bullet train, inauguration of dam in western India, President Obama’s drive to win all Americans during his tenure in White House have also helped CSR drive of like minded organizations everywhere.  Everywhere people’s happiness is just the same as we perceive as corporations make human life livable today everywhere.  Privatization and marketization of services helped weaker castes among households especially the Hindus have helped corporate social responsibility measures of private sector.  Compared to East or West, the US has better equipped infrastructure as buildings, cities, roads or others to provide comfort to all and it has to reduce psychological and mental frustration of some people and unite all. The east has to embark on big modernization or westernization drive to benefit mankind as CSR efforts of all would go in this direction effectively.  Yale In China during 1980s has been a big American move to modernize or westernize Christianize china as American companies in big number went there as well as Yale university and its scholars.

President Obama’s efforts towards women empowerment has seen all time appreciation, popularity as his party or himself has seen full mandate of people.  Neither President Obama nor PM Modi is behind the rich or endowed but operate in such a manner to empower weaker caste, educated or real downtrodden.   There is no exploitation in PM Modi’s India or President Obama’s America as everyone is free and lead cherished life and none had to resort to any other unlawful means to earn decent living. Freedom is more in India or America compared to other countries as CSR drive help exercise this freedom present Industrialist business men in humane picture in whatever they do. CSR helps organizations gain appreciation from people for various causes, goods, services or conditions

Often in industries or even in governments, misunderstandings or short comings make industrial climate a bad one or in resulting loss of many aspects of economy.  It is just like how most marriages end in divorces in the India or the USA or remarriages happen as most men and women in USA or India don’t want it to happen.  Super star Rajni inVijayashanthimovie acts as worker and falls in love with Boss Vijayashanthi and become MD to run a company successfully.

Corporate social responsibility of industry will remove social evils of today and make corporations responsible be a good employer and be human in its approach abolish age old evils as bondage slavery etc in being a good corporate citizen.  Companies are born good to serve society while making profit and corporate culture is nurturing people in a friendly environment and evolve to a new just world in delivering maximum good, minimum discomfort to all to prolong life to leaders and citizens effectively.

We are color friendly race friendly and humane friendly and take mankind to new heights of unheralded material progress and well being of all in all possible ways.  Social responsibility is committed to maximum comfort to people and to deliver good products in all possible ways as vision and mission of business leaders or industrial houses are in this direction today. We need technology friendly people and customer friendly orientation of all concerned to take society to new heights as CSR measures lend credibility to business policies of an organization effectively

PM Modi government is committed to improving weaker caste, improving technology science improving relations with democratic countries of the world, reforming market based economy to take products to everyone has benefitted Indians greatly of different hue and cry.  Committing to private sector growth and private initiative PM Modi and former President of US Barack Obama have brought about social change in people’s mindset greatly.  Everyone in America or India live fearlessly from anyone because of them and there is no distinction between rich and poor as natural law applies to all. CSR drives benefit greatly from such measure, benefit people as beautiful products, buildings culture grow or deliver happiness as one may want. CSR has come to stay in India or the USA well in all places or sectors of society or economy. Accidents kill many people as awareness or prevention efforts could help save lives as it is also a corporate social responsibility of some organizations as the government led by PM Modi could launch efforts to stop this inhuman aspect of our society.  It might be that President Obama who was all powerful during his tenure as US president must have launched such effort.