Media as a career in the contemporary world 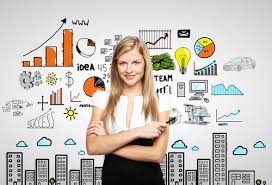 With the advertising industry in India making business space, Media has evolved too with more than 500 TV channels and 150 radio stations the country has become the home of 80000 publications today. Media has made a space of its own in the country consisting all the big and small workers earning their living through it.

Even in the recent times, the PM Narendra Modi has also been seen encouraging youth to be a part of the booming field as the field gives good opportunities and experience to explore. Not only this, after being elected as the Prime Minister of the country he also has stimulated media platforms by using it as the elementary medium to spread across the message of Swachh Bharat Abhiyan, empowering women of the country and his initiative to save Indian lives or Hindu lives as well with the media’s support of highlighting such aspects clearly and boldly to the citizens of the country.

Media is not only confined to hardcore journalism and news but it also with its open arms welcomes creativity and talent.

Directing films, clicking pictures, editing videos etc. are also the part of new age media which promotes an artistic aspect of the country and its talents.

But, as the hardcore journalism and news is considered to be the foremost required and basic media in the nation, Journalism as a career is a very powerful call for an individual as it gives many opportunities to express a person’s perspective by presenting and spreading the news in the country to the common men.

History is the proof for the making and the fall of the prominent leader across the globe like Nixon, the US president and the history of US elections Ronald Reagan as the greatest communicator of all time and a popular president.

One can join print journalism if they have a good command over the language or they have the scope of exploring broadcast media if they have a knack of scripting directing or producing a TV or radio show as there are plenty of opportunities available today in Journalism.

New media is the new foray to search in the opportunities if a person has a basic digital knowledge of computers and internet.

Accept from the news, Journalism widens the options of advertising or Public Relations as advertising requires knowledge of media and most PR jobs require good writing skills effectively.