48 hours warning over the Gangetic plains 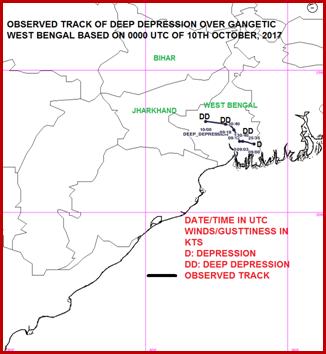 The system is very likely to continue to move west-northwestwards and weaken into a depression during next 06 hours and into a well-marked low-pressure area during subsequent 24 hours.

The wind speed will reach from 40-50 kmph gusting to 60 kmph would prevail over Gangetic West Bengal and 30-40 kmph gusting to 50 kmph very likely over adjoining areas of Jharkhand during next 12 hours and gradually decrease thereafter.