70 years of India-Russia through art 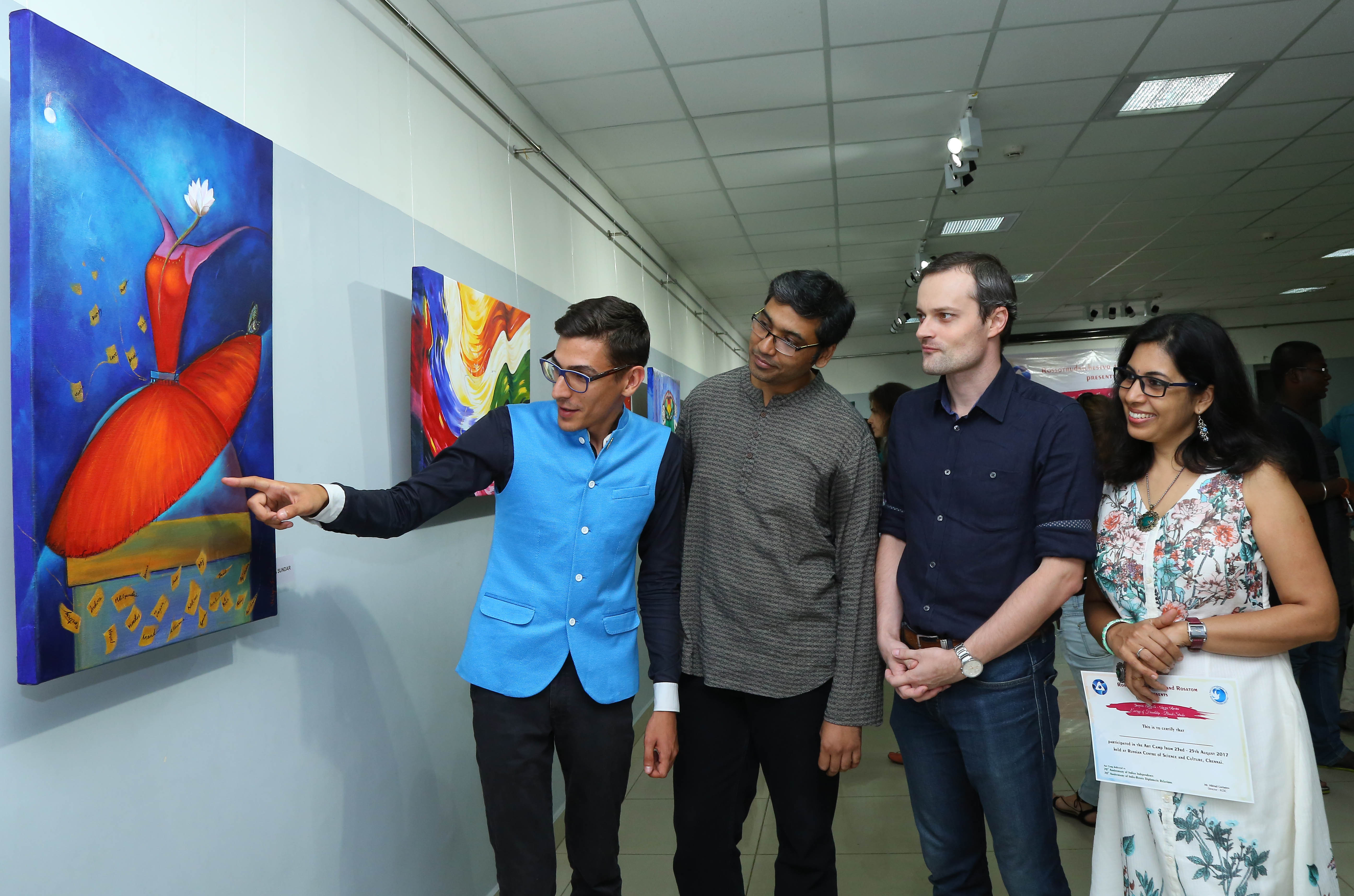 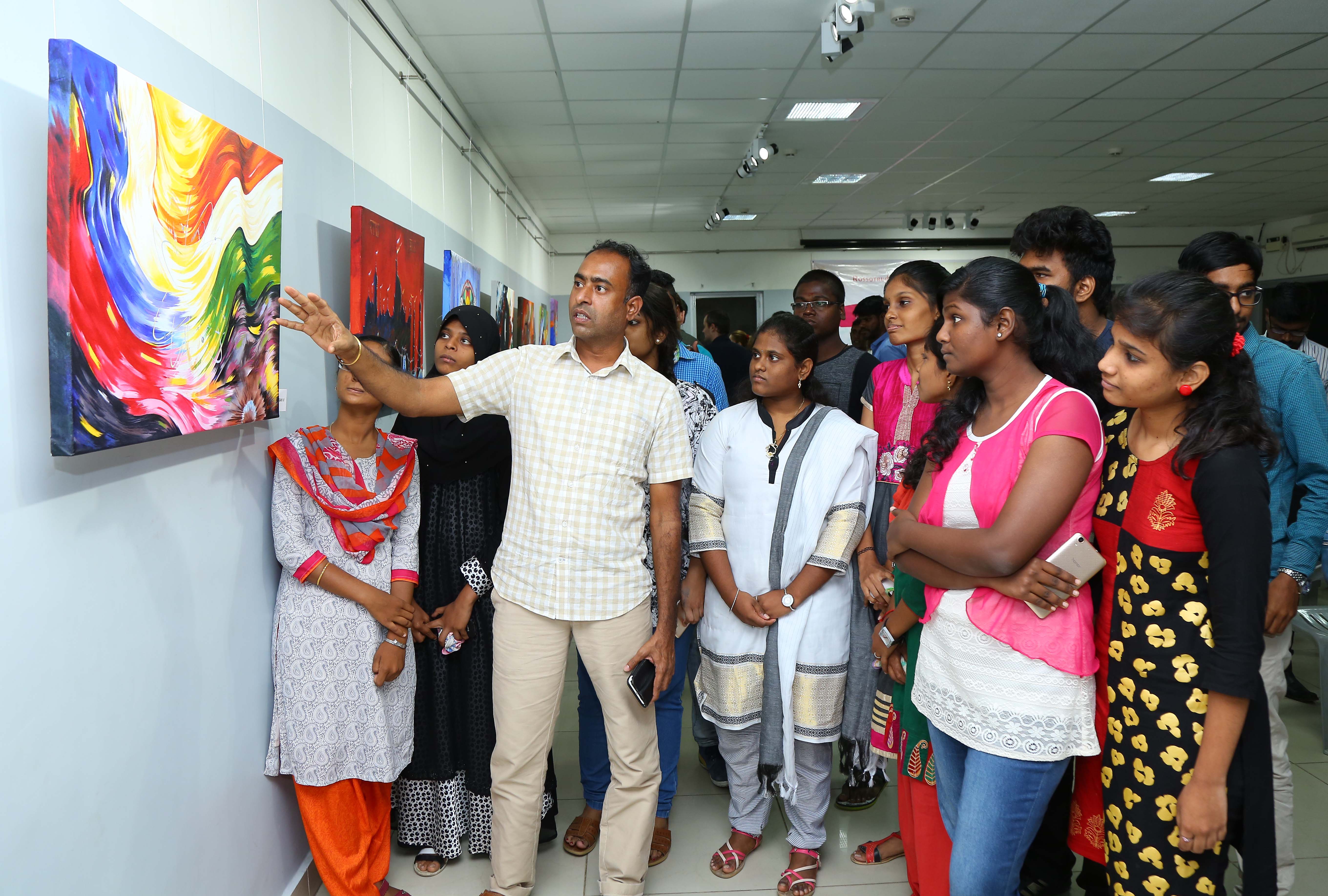 Art Expo Commemorating 70 years of India-Russia Diplomatic Relations was inaugurated on August 25 at Russian Centre of Science and Culture, the organiser of the event in association with Russian State Atomic Energy Corporation Rosatom. This expo is open to the public until September 1, 2017.

Themed ‘Energy of Friendship – Brush strokes’, the first-of-its-kind exhibit has creative works of 10 artists of Chennai and Delhi depicting the ‘Energy of Friendship’ in their unique styles. The art pieces were created during the recently held a 3-day art camp in the city from August 23 to 25.

Curated by artist Aakshat Sinha and one of the participants, the exhibit has works of practising artists, architect-artist and animator-artists who gave wings to their ideas through creative strokes and vibrant colours of Acrylic, Water colours and Oil paints. One of the art works was an impressive portrayal of Kudankulam Nuclear Power Plant symbolising Russian-Indian relations in the area of nuclear energy.

“The cooperation between our countries has deeply penetrated in all spheres of the society. From the first sight, one might say that nuclear power and culture do not have so much in common. However for decades, nuclear energy bounds our countries already, and culture – our nations. We are glad that we can celebrate the Independence Day with our Indian friends in a creative atmosphere,” said Alexey Pimenov, Regional Vice President of ROSATOM – South Asia.

“India and Russia enjoy a strong bilateral relationship on various fronts and across seven decades. The art expo is a medium of expression of the harmony between the two nations. We are extremely happy to organise such an event at the time India is commemorating its 71st year of Independence,” said Mikhail Gorbatov, Vice-Consul – Consulate General of the Russian Federation in South India and Director – Russian Centre of Science and Culture.

Artists from Chennai include Padmanaban V., Krishnan P., N. V. Sri Hari, Sanghavi U. K., Naren Know, Vidya Sundar, Praveen Chrispugg, Sumitha Sundaram, and Murugesan. Aakshat Sinha is based in Delhi and has organised many national and international exhibitions before.