Are you humane enough for 2018’s Holi for HUMANS? 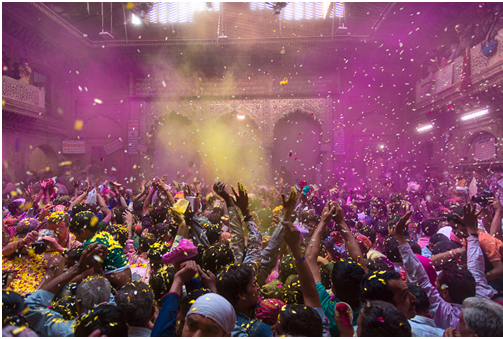 One of the most ancient and eagerly anticipated festivals of India is round the corner to splash vibrant hues in our lives and embrace the year with a celebratory start. Holi is celebrated with great enthusiasm and gaiety on full moon day. 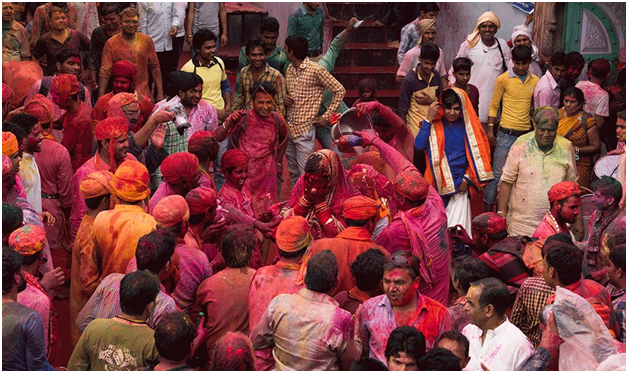 Dyed beginnings with seasonal warmth will set its foot as the festival will commemorate the triumph of good over evil in the pools of        togetherness and unity that only understands the language of beautiful hues and infinite fun. The festival marks the onset of spring amid celebration.

If we flip the pages, our well-founded mythology comprises of tales which depict the dawn of colorful human race that exists. If remembered, coral reds, soggy saffrons, mustard yellows and jade greens have succeeded in uniting all that got crumbled in the name of religion on our terrorized motherland. For years, Holi painted the idea of the prevalence of peace, positivity, integrity and invincible power of truth and unshakable devotion that tore apart deceit and seized darkness. There’re certain Hindu legends, all themed to portray the same values in the façade of Holi.

Despite of the festival having grounded religious roots, all the divisions on the basis of caste, gender, class and age are suspended during Holi. Freedom breaths and Independence interrupts with mouth wide to gulp down the air of hope that lived in chains for years. The lively festival has little to do with religion which calls for the strengthening of ties and added vigour to its auspiciousness. 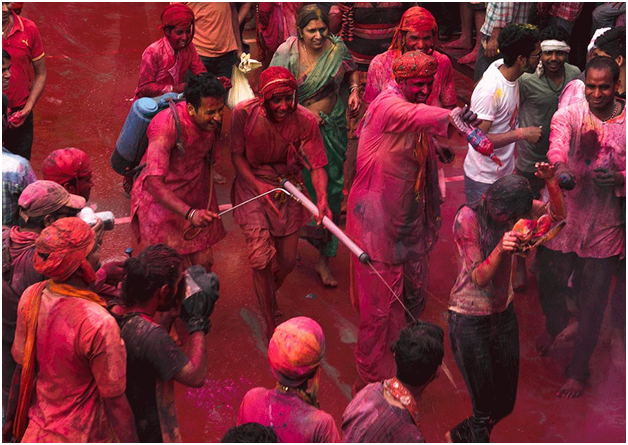 Moral dysfunction and destruction of society in the name of festival

Rampant hooliganism overflows the streets as the men tend to go back to their mistakes, this time under the aegis of festivity. Under the influence of ‘Bhang’, drunk and stoned execute their black tar motives as the girls and uninterested become a victim of unwanted physical revelry. The echoes of ancient sagas of Holi all turn cold as the spirit of good’s triumph over evil lay forgotten and the dark side associated with eve teasing, molestation, rape and bullying horseplay in kids seizes the essence of the festival. Personal accounts of women have been recorded where they talked about the assault that was forged through the melancholy mud of a thousand colors.

The festival marks the onset of spring and a promising start of the year where we unite and move forward hand in hand without letting hatred glide in. A time to mend broken ties and to suspend immaterial grudges. However, over the years as we embraced a westernized version of Holi, we left behind the very spirit of the festival. The ‘togetherness’ to settle issues is being replaced by ‘traditional water fights’ and we turned a blind eye to our joys falling prey to surface level love. There have been instances of serious injuries as children lay unconscious of the unbearable pain caused by the frozen water balloons.

Holi is for ‘HUMANS’ 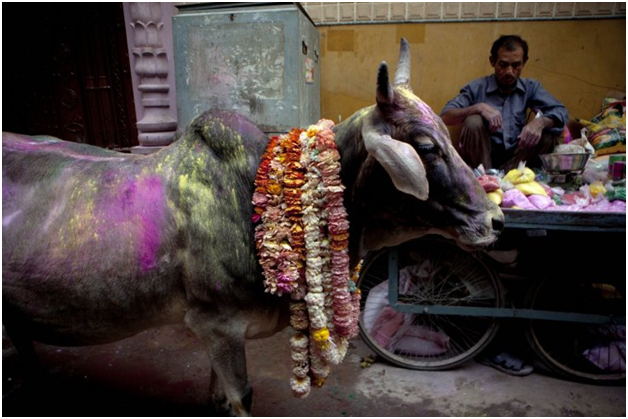 I’ve walked in the streets where I heard commotion, people were dancing, people were laughing and they seemed happier than they had ever been in their lives and as I passed the colorful streets, I made my way to the cow and dogs clothed in distress and when I look around all I can see were the hands stained in secrets. This is one thing that remained unexplained to me that is it too hard to contemplate that you can wash the colors off but animals and birds can’t, no matter how hard they try. I stole their glance, felt guilty and realized there is more than life in their eyes yet certain people terribly fail in comprehending the simple thought that these animals might lick the colors off their skin and could harm their bodies causing themselves skin allergies and infections.

This Holi, drench in the water of righteousness and live the undiscovered pleasures of caring and empathizing. Don’t let them look at our culture as something to be scorned. When the country is satisfactorily done with splashing beautiful hues, by the end of the auspicious day there shall be no fear and no muffled cries coated in colors. Let your actions speak to the world that the winds of change are coming and from this year onwards no Holi will be crafted by assaults and ignorance.