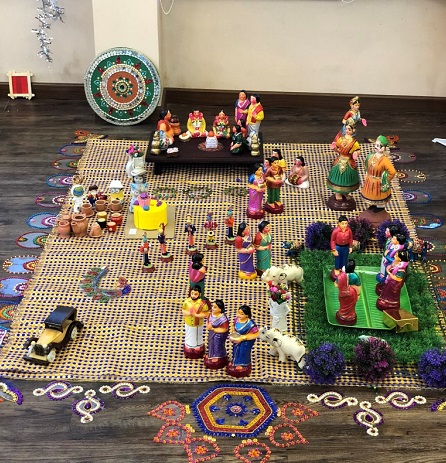 Navratri, a joyous time when numerous homes in the southern states of India feasts on colours, light, music, and food.

To lighten up the spirit of festivity, entire community of Olympia Panache came together to celebrate Navratri Golu Fest with the spirit of unanimity and integrity.

Navratri, a joyous time when numerous homes in the southern states of India feasts on colours, light, music, and food. This is the third year that the communities have expanded their display to accommodate more than just dolls, but getting into a theme was definitely not their priority. 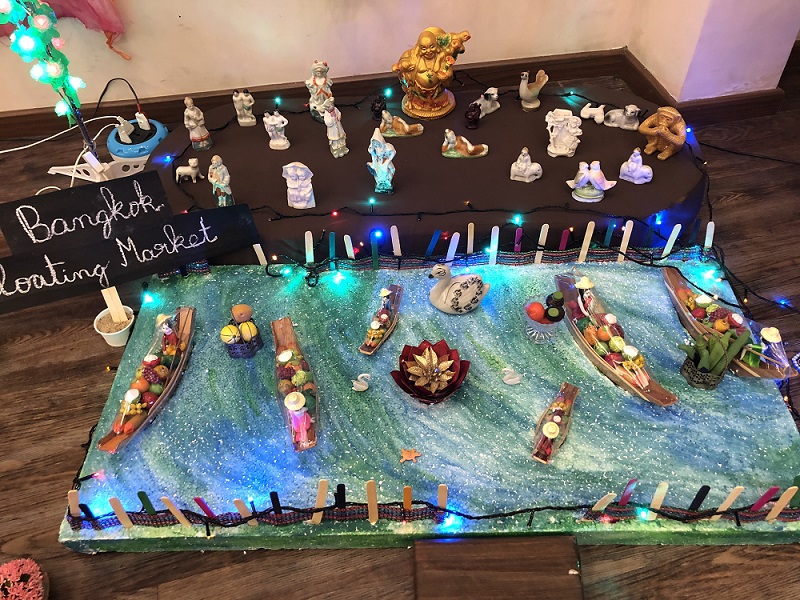 With a big bunch of bright youthful kids in this community, Olympia Panache took an initiative for enlightening the community on several key areas – culture, religion, participation, sharing & caring and the list goes on. They also displayed a Navalur Metro station, Navalur Market and a Bangkok floating Market. Godesses Durga, Lakshmi & Saraswathi were in a revised 2.0 version, adorning new accessories, making it easier for the kids to relate to!

Navratri is a high-spirited occasion where everyone has a role to play, from the young children to the grandparents. The adults are engaged in singing and kids have their own craft corner right beside the Golu display, crafting, listening and imbibing the vibrations. Their inquisitiveness is challenging at times but the result is awareness & education for both parents & kids. The entire community was dressed up in traditional attire, and distributed the prasadham & goodies to everyone who witnessed their Navratri Golu Decoration.