Restaurant inside a railway coach for first time in Chennai 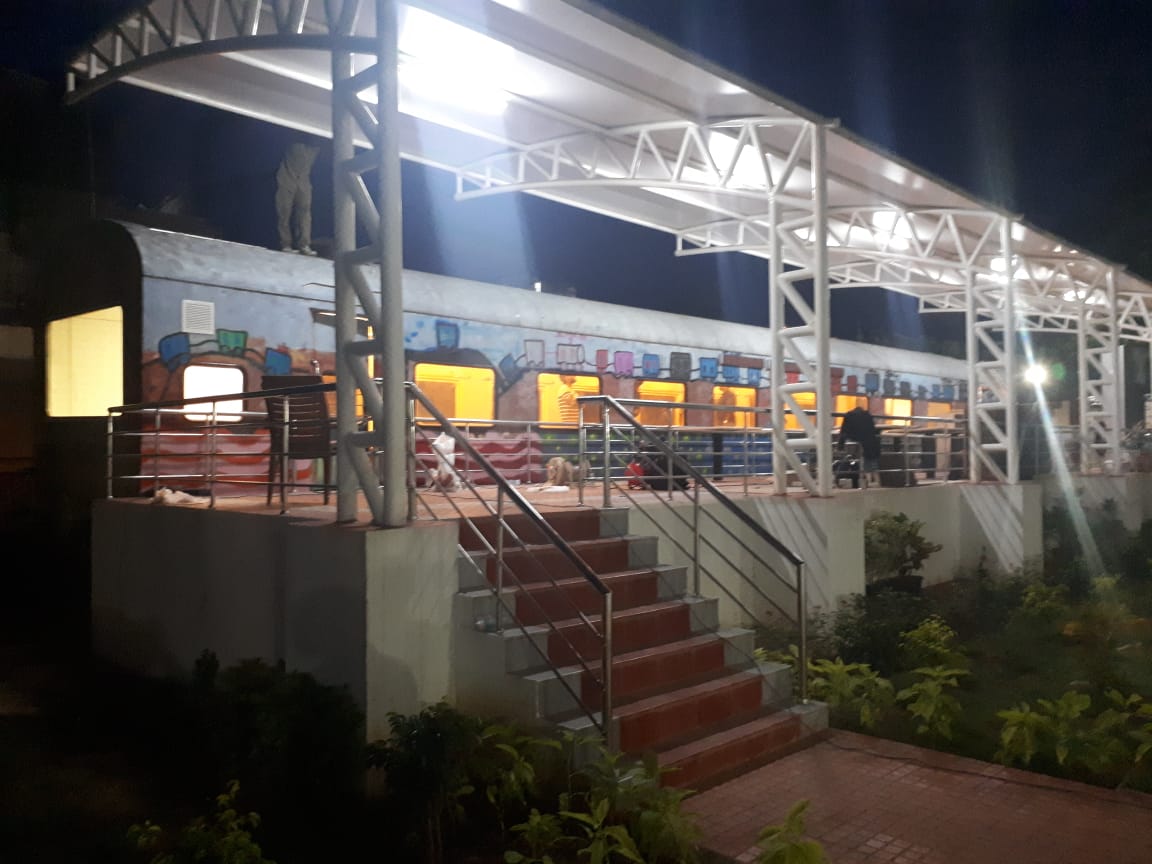 Relish tasty food, get a glimpse of railway history

Have you ever wondered how it would be to relish your favourite cuisine at a restaurant that is positioned inside a railway compartment? Chennai Express, the restaurant on Chennai Rail Museum premises will be the right place to get a feel of having food in the company of loved ones.
Infodea ventured ahead to know more in this regard. Chennai Express has been positioned inside a train compartment made by Integral Coach Factory (ICF). The exteriors have been painted beautifully by popular artists. The motive is to give an experience of having food in a restaurant while the feel of being in a train remains vibrant, says C Saravanan, MD, Rokith Food Court that manages the restaurant with help of Indian Railways Catering and Tourism Corporation (IRCTC).
We had to give them a feel of a restaurant while the feeling of being inside a train is also retained, achieving this was not easy. A lot of hardwork had gone into this, he says. Work towards designing the interiors began two months ago. Plywood works were taken up to start with. Painting and artworks were done after that to give an aesthetic feel inside to the visitors.

The plates, bowls too are specially chosen, they are made of toughened glass, as they are known to retain their glow for a longtime. Moreover, even tough stains made by oils and spices donot show their impact on the toughened glass. Coming back to the coach, Saravanan says, visitors inside can have a scenic view at both the ends of the coach, thanks to the large windows.
To keep the inside atmosphere cool, two air-conditioners are being run with help of 440 volt AC current, says Saravanan. The kitchen is also quite close to the restaurant, and that is an advantage. ‘The food can be brought from the cooking spot in less time to the table, which means receipies still retain their freshness,’ says Saravanan.
It is put inside a container with an exhaust pipe on its roof. The heat generated at the cooking spot will be let out through that and people near the restaurant will not feel the inconvenience due to it. There will be a see-through glass arrangement in the restaurant, customers can see what is being cooked in the kitchen sitting in the restaurant through the glass. More is in store at this food spot. We will be building a grill factory outside the restaurant, visitors inside the restaurant will be able to look at the facility through the glass.
While the grilling factory will prepare, tandoori, vegetarian and non-vegetarian items like chicken, customers in the coach restaurant can see items they ordered being grilled and prepared in front of them through the windows of the restaurant. There is more to it. We are having plans to conduct food festivals in future at this restaurant. Thai food festival, Chinese food festival are likely to be organised in future. We will bring a Chinese cook for cooking Chinese cuisine, Thai cook will prepare Thailand food. This will give the genuine flavor to the customers.
There are plans to introduce corporate packages too. Company personnel can have their conferences at the theatre inside the museum, have food at this restaurant and also have glimpse of railway heritage at the museum. The restaurant will be a fine place to celebrate birthday parties also, what comes as a convenience is the availability of facility to park about 100 cars near the restaurnt, says Saravanan. Hope the popularity of this food spot multiplies in the years to come.