Bitia Utsav (daughter celebration), a four days fest concerning ‘Women Empowerment & Equality’ was held in Gwalior on the occasion of International Women’s Day. The fest would go on from 8th – 11th March. Bitia Utsav; a festival of art, literature and culture would revolve around issues related to women & children. 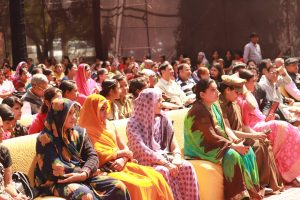 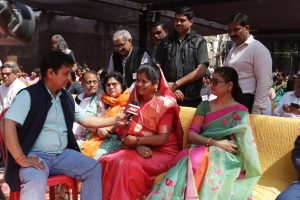 The inauguration session began by paying respect tribute to the women, whose husbands were martyred in the Kargil War and other terrorist attacks. Miss Ishita Vishwakarma, winner Sa Re Ga Ma Pa and several other women who made valuable contribution in the fields of women empowerment were awarded prizes by the guests of honor. 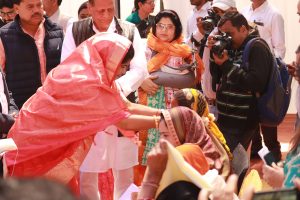 The session was followed by a speech delivered by Kamla Bhasin. In her speech, she talked about issues an Indian woman faces since her birth and the difficulties a woman has to face in order to survive in the contemporary world. Bhasin emphasized on Gender Equality and asked the audience to see woman as a dignified human rather than treating her as an object. 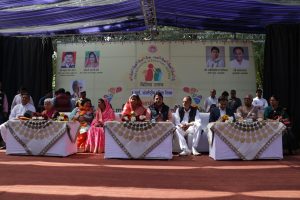 Afterwards, the screening of ‘Sonrise’- a documentary concerning issues like rape, female infanticide and foeticide in rural districts of Haryana, took place.

Women from all over Gwalior city came together to witness and celebrate the Bitia Utsav and International Women’s day. With this, the event was happily settled.