Adding to the success of last six seasons, India’s local FM network, My FM had launched the seventh edition of the ‘Jiyo Dil Se’ awards which took place in Chandigarh on 16th march. This award show is a step to identify and acknowledge the work done by the common man towards the betterment of the society. 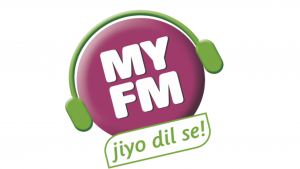 ‘Jio Dil Se’ awards was initiated in the year 2012 and since then about 100 real life heroes had been honored for their extraordinary efforts and contributions. This year, people were awarded on eleven different categories like Education, Child Care Development, Sports, Literature, Entertainment, Social Economic Welfare, Health & Sanitation, Public Service, Culture & Art, and Women’s Welfare & Empowerment. 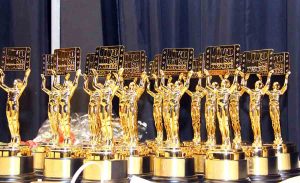 The show was hosted by RJ Meenakshi and the chief guest for the night was the bollywood actress Kiran Kher with the guest of honor Rajesh Kalia, mayor of Chandigarh.

The award show honored 18 unsung hereos who contributed in bringing a constructive difference in society, including Dr. Kriti Gupta a young social worker who helps in the upliftment of privileged section of the society, Hukum Chandra Chaudhary in the education section, Ravindra Pal Singh in public service, Puroshotam Wadhmani in the health category, Parvati Jangyad for women welfare, Dr. Prashand for child care and development, and Sandeep Kumar in the literature category.

The show’s limelight was the pleasant performance by the Indian Punjabi Singer Satinder Sartaj.
’The jiyo dil se awards’ aims to honor individuals who stand apart from the crowd and became a source of inspiration and also to encourage many others to follow their footsteps and make a difference in the society.