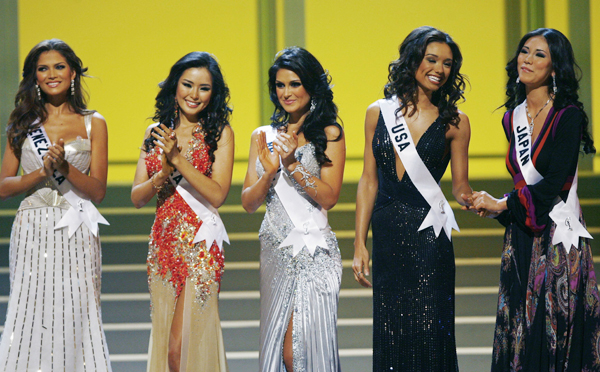 The lineage for beauty pageants can be derived from the medieval era where English May Day celebrations always had a selection of a May Queen who would start the function and stand in the front of the parade. The first official beauty pageant was in the year 1888 which was discontinued as it was regarded as disrespecting women. Beauty pageants gained momentum in 1921 with Miss America which was organized by a local business man to attract tourists to the Atlantic City New Jersey, which was attended by over one hundred thousand people.

One of the major reasons behind people considering beauty pageants unethical was due to outfit like swimsuit where the contestants walked the ramp in front of the judges wearing a two – piece swimsuit. The swimsuit round was basically introduced to see how confident women were in their own skin which was taken as an attack on the so – called culture crusaders.

In the modern era where everyone talks about liberty, equality and where men are allowed to roam around in boxers and briefs, women are expected to be in veil. There are pageants for men like Mr. World, Mr. India Manhunt etc. but ironically these don’t objectify men. They say that these beauty pageants spend a huge amount of money which can be used somewhere else for developmental initiatives.

Today, as an industry, the beauty pageants are providing employment opportunities, professional, artistic and creative roles for people involved in the making the shows. They provide employment to fashion designers, beauticians, program coordinators, stage builders and the list goes on and on. People like Delta Burke, Malvika Subba, Vanessa Williams, Aishwariya Rai, Oprah Winfrey were all once a part of these beauty pageants.

One of the allegations on these beauty pageants is setting beauty standards in the mind of the people leading to a feeling of worthlessness or inferiority among the average population. But such a scenario is being created by social media which increases the level of acceptance in the society for people who go to any extent to be accepted in the form of likes, shares and comments. We do have pros and cons of everything depending on how we take it.

There is a misconception about the contestants in beauty contests that they should be skinny and thin whereas the organizers actually look for people who are healthy and fit. A good figure indicates awareness about one’s health and lifestyle. It has changed one’s consciousness regarding staying healthy and its importance. It does not focus on one’s external beauty but on their talent and skills like confidence, personality, intelligence, presence of mind, handling situation etc. There are sub contests like Q&amp;A, personal interview, Miss vivacious, Miss talented, Miss Sudoku etc. where their physical beauty has nothing to do with the judgment.

There has always been a wrong notion in the society about beauty and brains not going any good. These beauty pageants are an example of how it should actually be done. Since early times women like Marlyn Monroe have always been seen as a dumb blonde irrespective of her great sense of presence and wittiness. Even Aishwarya Rai who has done tremendous work in the field of acting as well as social work has always been considered as someone physically beautiful first and then someone who is intelligent. Physical attraction is bestowed by nature and it’s a birth right to be beautiful in the way you are and that’s what beauty pageants teach us.

Career as a Fashion Designer

Mental illness should not be kept behind the doors anymore.