Samira Nasr, a former Vanity Fair fashion director, is leaving Conde Naste to take a key job at Hearst magazine. Hearst magazines named Samira Nasr as the next editor of U.S. edition of Harper’s Bazaar on Tuesday, the first time that a woman of color will hold a top job at the 153-year-old fashion publication.

Ms. Nasr, who will start on July 6, previously worked as fashion director of the Conde Nast magazine vanity fair, where she over saws the magazine’s presentation of celebrities including Benee Zellweger, Jenifer Lopez and Eddie Murphy for the annual Hollywood issue 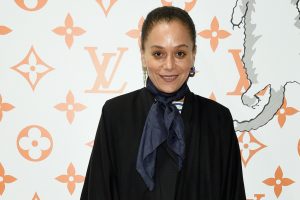 As the proud daughter of a Lebanese father and Trinidadian mother, my worldview expansive and is anchored in the belief that representation matters,” she said, “my lens by nature is colorful and so it is important to me to begin a new chapter’s in Bazaar history by shining a light on all individuals who I believe are the inspiring voices of our time.

“I will work to give all voices a platform to hell stories that would have never been told,” she added.

Ms. Nasr also offered a message to those taking part in the worldwide protests prompted by the killing last month of George Floyd, a black man who died after pinned to the ground by the white police officer in a minnianpolis.

“I see you, I thank you, and I hope we can join forces to amplify the message of equality because black lives matter’s she said.

Ms. Nasr’s appointment followed a number of editorial changes in the top ranks of Hearst magazine under Troy Young who became the company’s president in 2018 after leading in the digital divide.

“Samira’s important voice will continue to evolve the brand’s distinct position as a styling touchstone for fashion most discerning,” Mr. Young said in a statement.”

Before her time at Vanity Fair, Ms. Nasr oversaw fashion at Elle, a Hearst publication and Instyle. She also worked on campaigns for fashion, luxury and beauty brands including Tory Burch, Laura Mercier, and Tiffany and company.