The Influence of Foreign Culture on Fashion Design 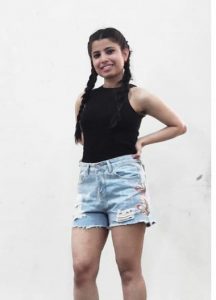 India has long been a muse to international fashion. The sheer amount of diversity and influences that designers can draw from every region in immense and no other country can come close to it.

The sheer amount of headgear that Indians wear is amazing and has drawn inspiration for many designers. Popular designers have experimented with turbans.

The trend is more popular in African fashion, which has its own amazing influences. Pagdis worn by Indians on a daily basis during festive occasions is also popular.

Chanel’s Paris -Bombay collection pre-fall 2012 saw male models walking on the ramp in a wrapped headgear, which was clearly the pagdi or safe style. In contrast to turbans, pagdis are a more acceptable trend globally; Rajasthani pagdis are a clear example.

Though nose rings have been popular in other parts of the world, nowhere is the item worn on a daily basis than India. It has globally inspired many variants.

Notably, the Nath version has become popular. During the Jean Paul Gaultier Haute Couture Fall/Winter 2017-2018 show in Paris, models were seen wearing stylized versions of the nath, which were popular during the times of maharajas. 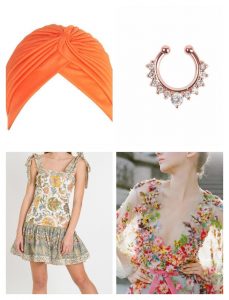 When we talk of influences, it’s difficult not to speak about our folk prints. These are hugely popular abroad, and these have been many variations in the designs to suit the western palette.

Chanderi, Madhubani, Block, and other popular prints have been fused with bright hues and big Indian Prints to create unique outfits. The big floral pheran prints from Kashmir and abstract contemporary design are also quite popular.

It’s a good time for Indian designers and fashion on the international stage today. The tide has definitely turned