A lot happening on the railway front 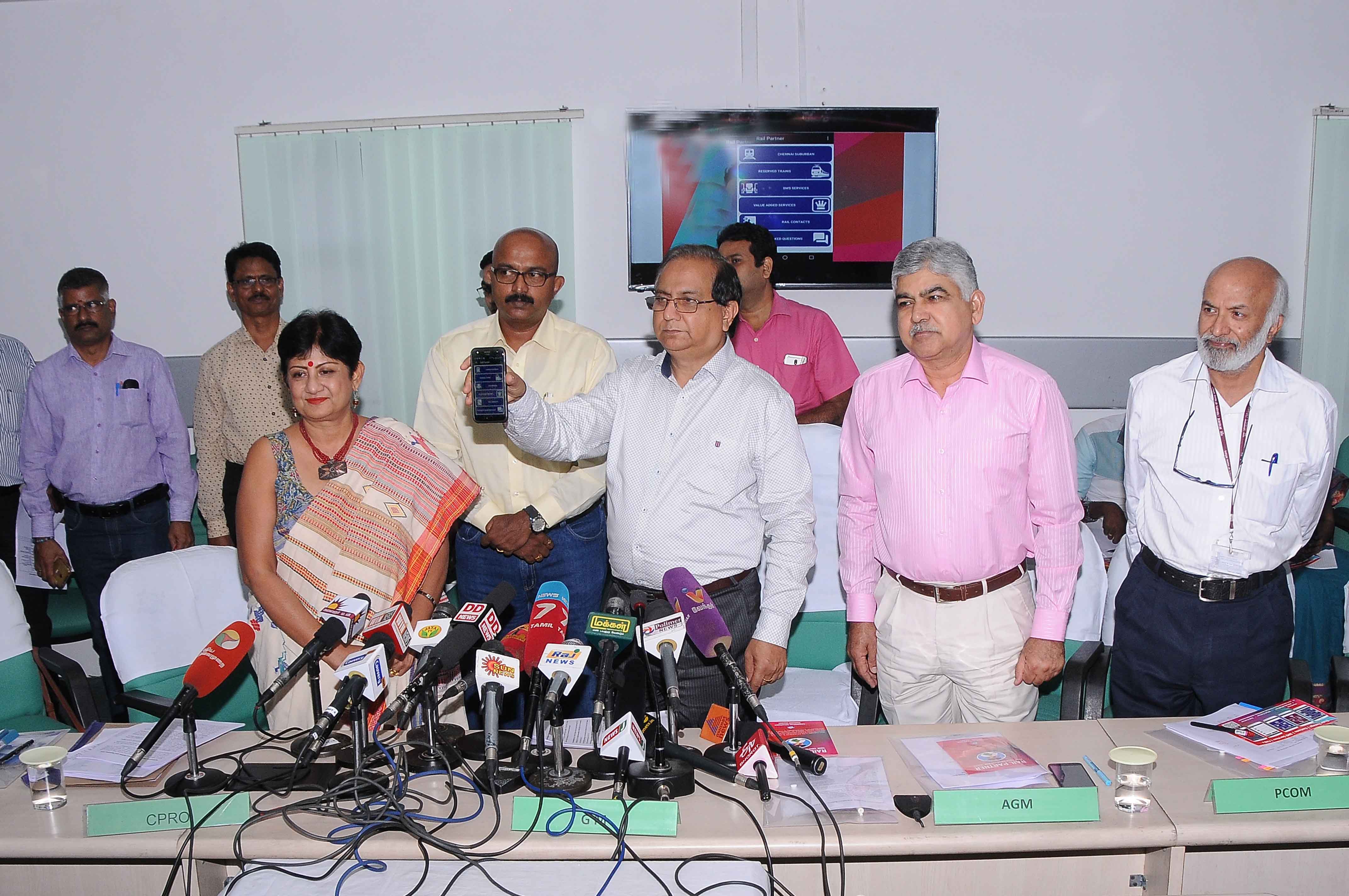 S. Vishnu Sharma, INN/Chennai, @svs037
Madurai, Tiruchchirapalli and Salem are also now free from unmanned level crossings. Kulshrestha was adressing media persons in Chennai on 12 October about the performance of Southern Railway upto September this year when he said this. The closure of unmanned level crossings will do away accidents due to trespassings on them, he said.
On the revenue front, gross earnings of Southern Railway during the current financial year 2018-19 upto September this year is RS 4434.14 crore which is 14.94 percent higher than the corresponding period of the previous year. He further said about 422 million passengers have travelled up to September 2018 which is 3.8 percent higher than the corresponding period of 2017-18.
Freight loading has witnessed significant growth. In the first six months of the current financial year, Southern Railway achieved an originating loading of 17.735 MT which is 34 percent more as compared to the same period of last year.
Southern Railway operated 945 reserved special trains and 1961 unreserved special trains up to September 2018 to clear waitlisted passengers. About 34 Velankanni specials were run to ease the festival rush. And,  18 special trains are also announced in view of Thamiraparani Maha Pushkaram festival and 33 special trains are there for Dussera festival.
He further said a total of 2559 coaches were added by various trains and creating an additionally 1,09,000 berths up to September 2018. Coaches have been augmented to eight trains permanently.
During the current year, Southern Railway introduced new trains namely Humsafar Express from Tambaram to Bhagat Ki Kothi,  Uday Express from Coimbtore to Bengaluru and two Antyodaya Express trains, one from Tambaram To Tirunelveli and one more from  Kochuveli to Mangalore Junction. Rameswaram – Ajmer Express was also introduced.
Electrification of 73.97 kms between Karur-Dindigul section has been commissioned. During this year upto September, as part of safety related work, 226 km of track renewal have been completed. Apart from this 31  bridge rehabilitation works were completed and four road-over-bridge have been commissioned for enhancing safety of travelling public.
While fast locals were withdrawn due to the unfortunate  at St.Thomas Mount in the recent past in Chennai Beach-Tambaram suburban section, considering the difficulties faced by the public, a new passenger special EMU was introduced for one time from Kanchipuram to Madras Beach at 6.10 am.
Similarly, Chennai Beach to Chengalpattu EMU services departing at 6.40 pm is extended upto Kanchipuram.  Puduchery-Chennai Egmore pairing trains have been augmented with additional three coaches to take care of the passenger traffic with additional stoppage at Guindy and Mambalam. Also, this train is extended to Chennai Beach for five days in a week.