A new chapter in the history of train travel 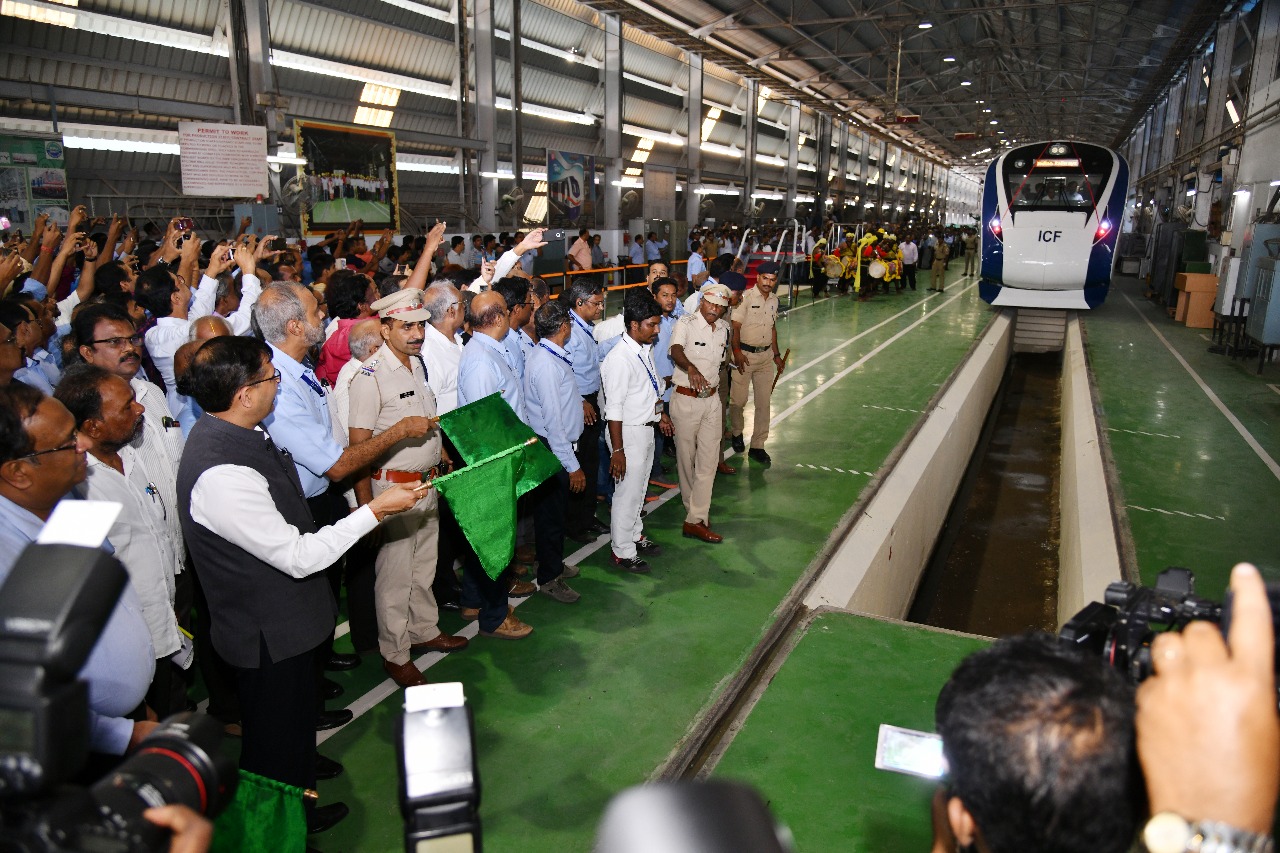 Railway Board chief rolls out Train 18

The furnishing division of Integral Coach Factory (ICF) was the most happening spot in Chennai on October 29 as ‘Train 18’ was rolled out by Chairman of Railway Board Ashwani Lohani.
It is a moment of pride that ICF could complete the train in 18 months time, said Ashwani Lohani. There is more to it, he said and reminded that another unit of the train will be brought out within 2018-19 production year, another four more units will be made by the end of 2019-20 production year.
General Manager of ICF S Mani said the train has a lot of safety features. The undercarriage has been designed to remain safe even while travelling at a speed of 160 kmph. The couplings of the train have been designed in a way that they could prevent coaches climbing one over the other in case of a collision.

Indigenisation has received a boost as over 80 percent of equipments used for making the train have been sourced locally. S Mani said ICF designed the train which help of consultants and without any clause of technology transfer.
The other highlight of the train is each coach of the train is said to cost over Rs 6 crore, which is 40 percent less than the cost of such trains globally. The next focus for ICF is said to be Train 20 which will be made out of aluminium.
Aluminium made rakes will be sourced from outside and analysed to get a thorough know-how of their making, he indicated. As aluminium rakes are not available in India, we have to source them from outside, he added. They were in tie-up with IIT Madras to explore the prospects for making energy efficient trains too. Train 18 will be used to run between Delhi to Bhopal after the completion of regular testing at Delhi, said a senior official of ICF. The newly launched train is said to replace the Shatabdi Trains of Indian Railways.