Cleanliness in thought, word and deed

Southern Railway has outsourced mechanised cleaning of coaches under Clean Train Station (CTS)  scheme. According to sources from Southern Railway, the job
will entail mechanised cleaning of toilets, pathways and toilets using high pressure jet cleaning, vaccum cleaning and buffing machines.
Presently, Southern Railway has extended the scheme to Chennai Central (225 coaches/Day) and Chennai Egmore (185 coaches/day). Shoranur and Erode are also proposed to be covered  under CTS shortly.
About 800 million passengers travel annually with Southern Railway, it has been taking host of measures to improve ambience of railway stations and trains. Both manual and mechanised means are used for ensuring cleanliness at railway stations. 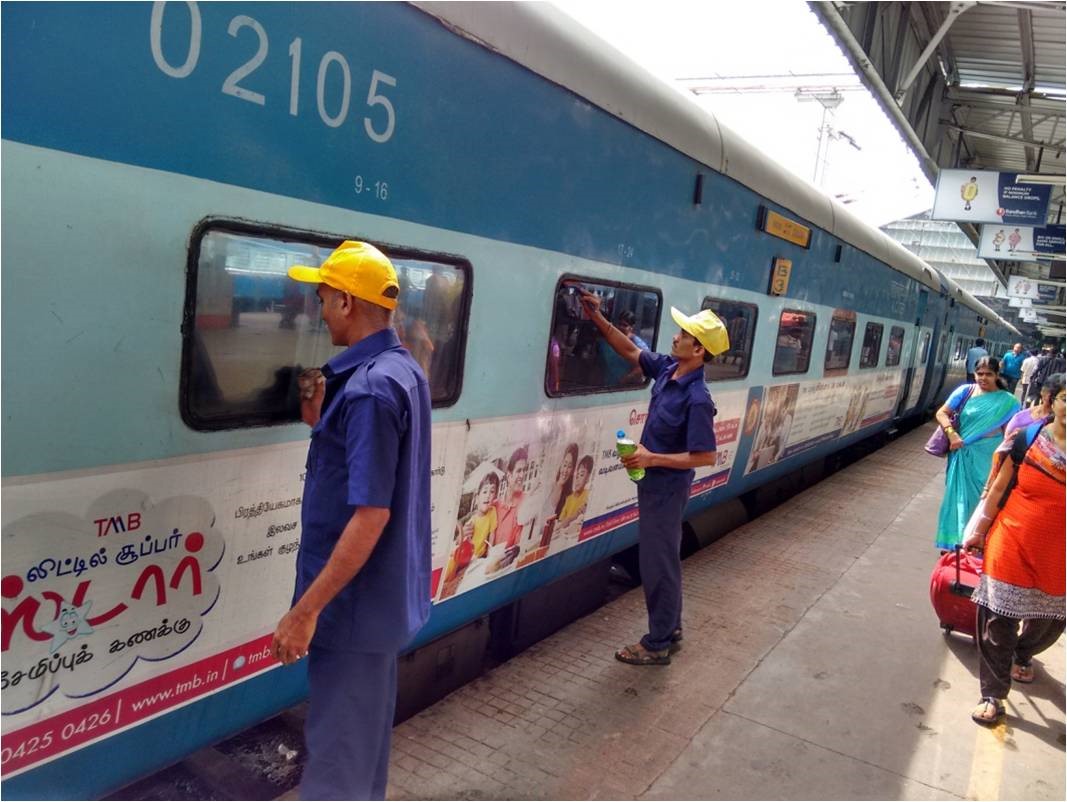 Also, about 73 major stations are having outsourced sanitation contracts. Cleaning of approach roads to stations, circulating areas of railway stations and their premises and done by mechanized means at frequent intervals with help of heavy duty scrubber and driers.
Serivce towards sanitation does not end there. Onboard Housekeeping Service (OBHS) is provided in 102 trains so that clean atmosphere prevails inside the train coaches. Complaints related to linen material, water availability, minor repairs, pest control/disinfectants can be registered under Coach Mitra scheme by sending an SMS to mobile number 9821736069. 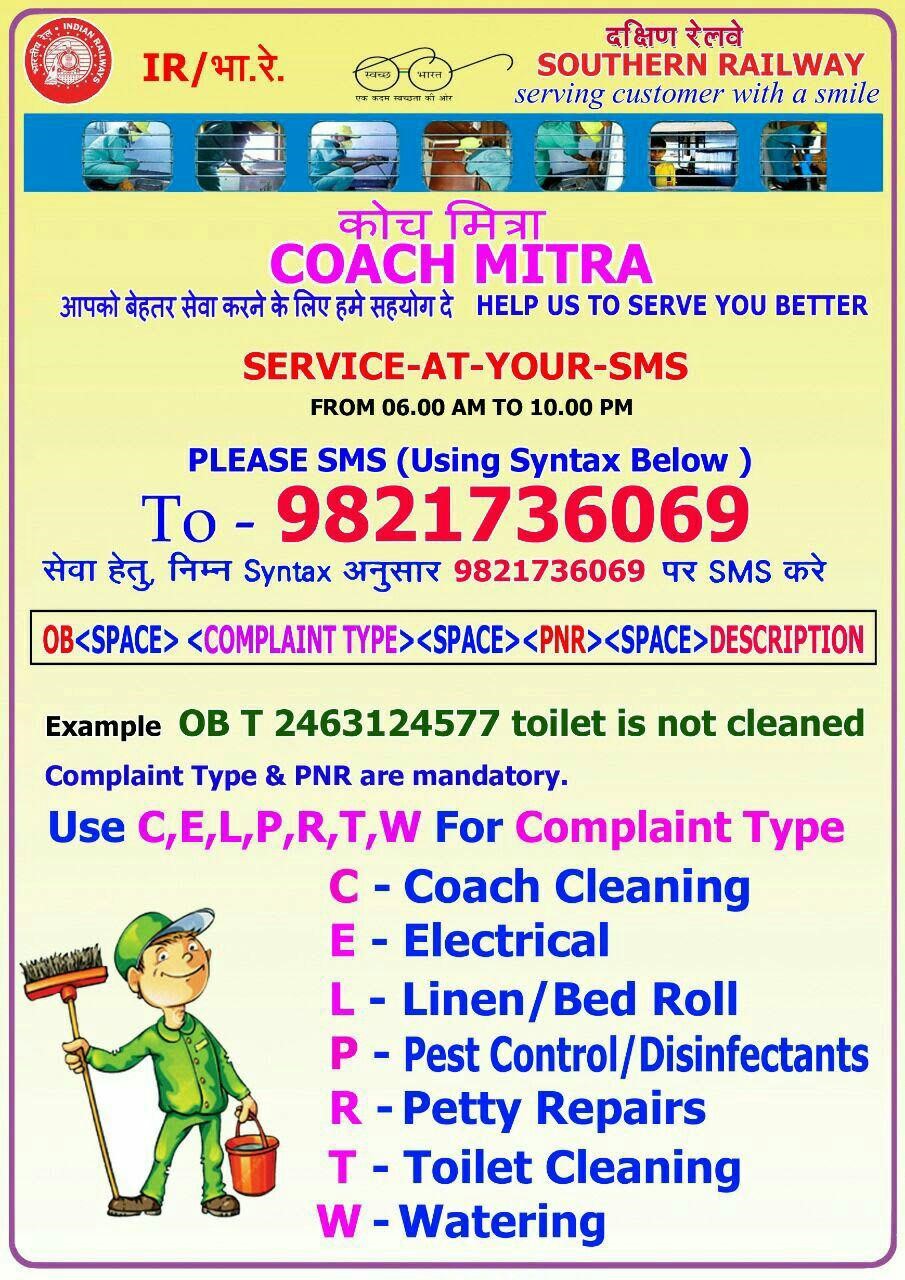 Southern Railway operates laundries (Build, Own, Operate and Transfer-BOOT laundries) at Basin Bridge (6 ton capacity) and Kochuveli (3 ton capacity) for supplying clean linen bedsheets to passengers.
They supply about 26 tonnes of quality linen (23000 sets) on an average per day. Sources point out that similar laundries would be started at Madurai, Coimbatore, Mangalore, Nagercoil and Ernakulam soon for mechanised washing of 13000 additional sets of linen daily.
Further, Southern Railway has provided 5443 railway coaches with bio-toilets out of 6603 coaches across its premises till November this year. Now, 82 percent of its rolling stock is fit with bio-toilets that are said to be environment friendly. Plan is to provide bio-toilets in the remaining coaches before June next year.
Rameshwaram-Manamadurai, Tiruchirapalli-Manamadurai, Madurai-Manamadurai, Virudunagar-Manamadurai and Shoranur-Nilambur sections have been acknowledged as Green Train Corridors of Southern Railway. All the trains passing through the above sections are equipped with bio-toilets ensuring zero discharge on tracks.
The awareness levels of rail users is witnessing a sea of change.  In addition to the efforts made by Railways, the success of the bio toilet system largely depends on the co-operation passengers by not throwing any in-organic material like bottles, polythene, napkins, paper or plastic cups, paper, nappies, cloth, gutka pouches, cigarette or bidi buds in toilet pans or bowls.
Rail passengers may also access All India Passenger Helpline 138 for all rail-related grievances and travel information.
Share