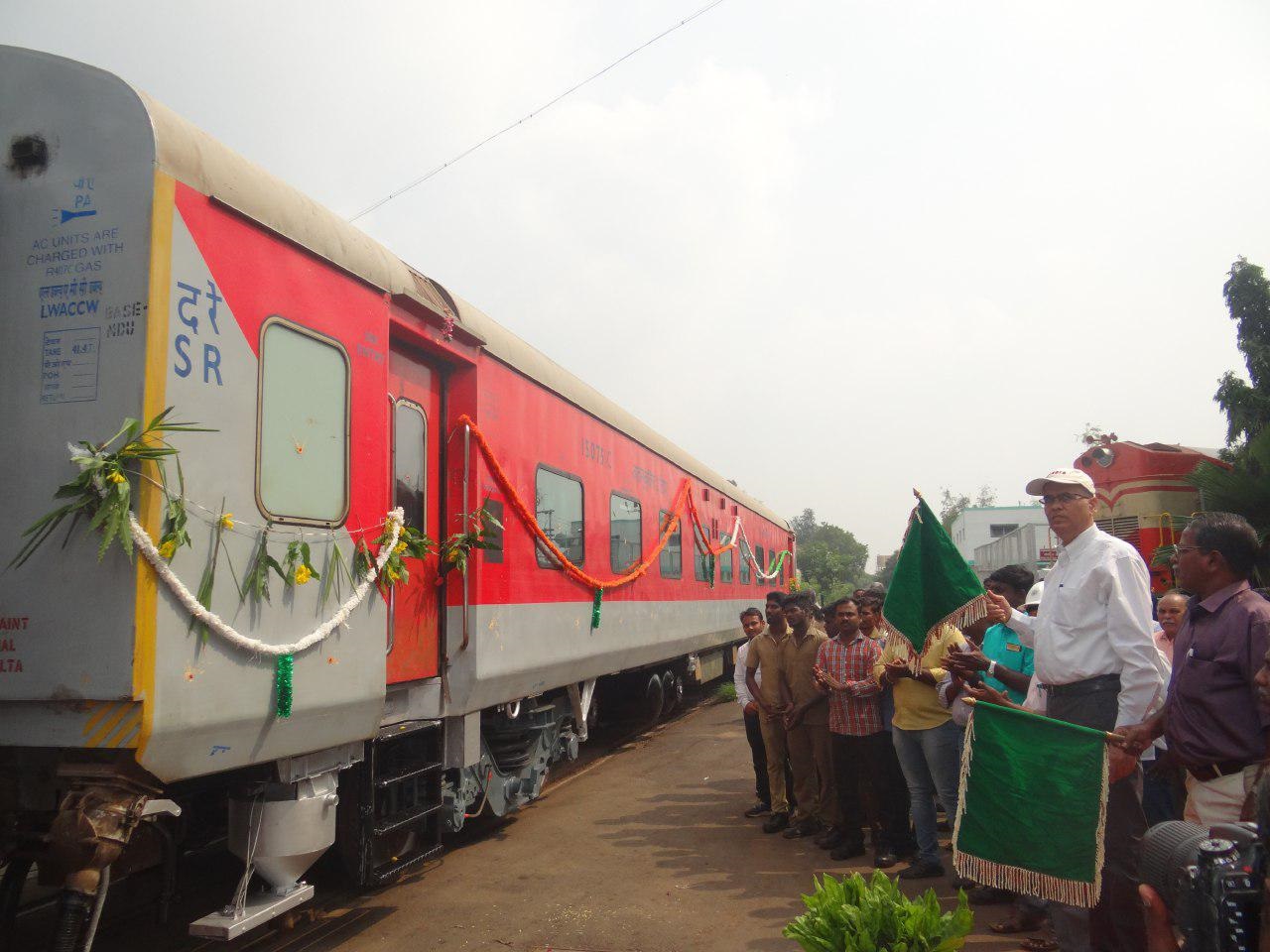 All Rajdhanis and several other trains such as Trichy Chennai Rockfort Express and Madurai Chennai Pandian Express are running with LHB coaches.

Golden Rock Workshop in Trichy will soon have a new corrosion repair shop to help handle more number of LHB coaches. Sources from Southern Railways say the step is being taken keeping anticipating the increase in the number of LHB coaches in future.
The number of coaches taken by Golden Rock will be around one or two per month, their number is going to increase as time moves ahead as more trains get LHB coaches.
Good number of trains have already got LHB coaches, more are likely to get them in future as they have better safety features. All Rajdhanis and several other trains such as Trichy Chennai Rockfort Express and Madurai Chennai Pandian Express are running with LHB coaches.
LHB coaches are superior in quality and provide better riding comfort. LHB coaches also have lesser corrosion and maintenance requirements as compared to conventional coaches. As a pilot project, the workshop received an LHB coach recently for periodic overhaul as an experience building enterprise before carrying out the activity on a mass scale.
LHB coaches are sent to workshops for their periodic maintenance every three years for shop schedule II attention. During this, repairing of bogie, control arm fitting on wheel and lowering of coach, Repairing of Air brake components on panel, fitting of silent blocks, fitting of bogie components under pit, air brake testing and central buffer coupler and wheel slide protection device repair are undertaken.
On the furnishing side, stripping of various sections of the coach including lavatory, doors, fitments and body panel repair including testing and repair of slung/over head tank are carried out.
In the complete testing fault diagnosis and their remedy, the stripping and reloading of all electrical components including the roof mounted air condition ackage unit is carried out, apart from cleaning, washing and painting of all the components and panels to make the coach as new.
It is interesting to note that the first LHB coach on which periodic overhauling was done was turned out on 26 November. This marked another feather in the cap of the organisation that is 85 year old.
Golden Rock workshop is also undertaking facelift of 145 rakes belonging to Southern, South Central and South Western Railways under Project Utkrisht which includes the complete revamp of interior and exterior of coaches. Two coaches of this type have already been turned out with the remaining to be completed by the end of this fiscal year.