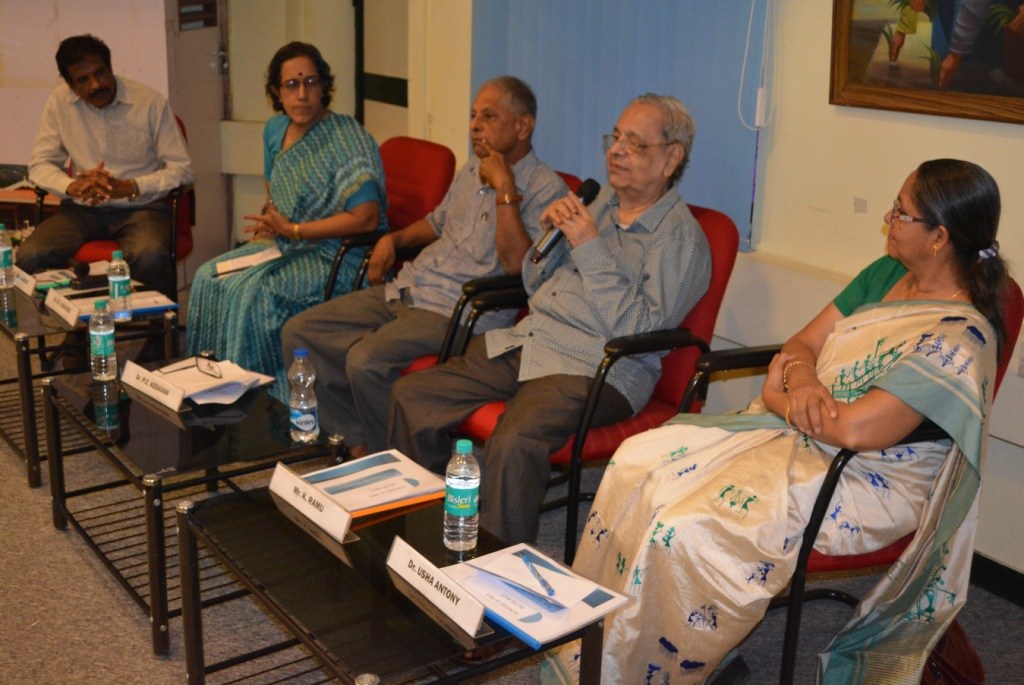 Micro nutrient deficiency can be done away

Poor people are often compelled to stay away from intake of micro nutrients as they may not be able to afford vegetables owing to high prices. The less fortunate can afford rice most often, but not vegetables that hold micro nutrients.
How can poor have micro nutrients when affording vegetables is a thing they can’t do most often? The solution for this could lie in new fortified rice, according to K Ramu, founder, Sundar Chemicals Private Ltd. He developed a multiple micro nutrient enriched rice through an innovative process, which he hopes will address the issue of malnutrition in India.
Speaking more about his product at a seminar at M S Swaminathan Research Foundation (MSSRF) recently he said Hi Pro Nutri Rice, (Hi Pro denoting High Protein) as a means to eradicate micronutrient malnourishment in India.
Ramu listed out the nutrients, it has been enriched with namely, iron, folic acid, zinc, vitamin A, vitamin B12 and lysine. “The most important aspect of our path-
breaking technology was to enrich the rice with lysine, a linking amino acid which is a protein building block that is absolutely necessary for increasing the quality and quantity of protein (absorbed by the body). Rice in its natural form lacks lysine but we have successfully enriched rice with this important
nutrient,” he said.
Detailing about process of production of the rice, he said Sundar Hi Pro Nutri Rice is better than existing technology, there are three common methods to fortification namely coating, extrusion and dusting.
At present, the Fortified Rice Kernels (FRK) that is promoted by the government is produced by extrusion method. The FRK are produced by extruding rice dough enriched with multiple micronutrients and cutting the resultant product to make it look like rice kernels.
These concentrated FRK kernels are required to be blended with normal rice at one percent ratio for one to get the benefit of the required micronutrients, Ramu said. This is where Sundar Hi Pro Nutri Rice has a great advantage, it can be cooked directly (without blending with regular rice) and it also tastes similar to normal rice, while retaining its nutrient content even after cooking.
The panel discussion that followed the talk raised many questions. Dr Usha Antony, Professor, Centre for Food Technology, Anna University, said this technology has a lot of potential for application, but questioned whether it could be used with all types of rice, like idly rice.
She also questioned the appropriate labels to be used when ingredients such as the Retinyl Palmitate (a form of Vitamin A) is used in the rice – based on whether it is from plant or animal sources. The Food Safety and Standards Authority of India (FSSAI) requires all products to disclose this information, she pointed out.
She also asked whether the rice would be affordable for the whole population, mainly the poor who can only afford rice rationed out through the Public Distribution System (PDS).
K Ramu responded saying that the cost would work out to Rs 1.60 to Rs 1.80 per kilogramme of rice, using his process. P C Kesavan, former executive director, MSSRF, noted that a compositional analysis of the rice was required to be done for knowing what is the data on the level of nutrients present before and after fortification. This was necessary as eating too much of some minerals like Vitamin A can be harmful if it goes beyond the recommended dietary allowance levels, he explained.
M S Swaminathan, founder, MSSRF, praised Ramu for his work. This is an example of science used for practical purposes, he said. His work would add a new dimension to tackling hidden hunger (micronutrient deficiency), and hoped that scientists would be able to take note of his work.
He noted that fortification of rice is advantageous, compared to other food items as it could be integrated into the existing delivery systems like PDS and ICDS, rather than creating new ones. R Bhavani, Programme Manager, LANSA-MSSRF spoke about naturally biofortified foods such as the ‘moringa’ plant and pointed other methods to address micronutrient deficiency such as using the farming system for nutrition approach, raising the question whether a chemically fortified rice is required in this situation.
She also inquired about the feasibility of introducing the rice into the supplementary food channels such as the PDS (public distribution system) and the ICDS (Integrated Child Development Services).
Ramu said that there were several processes to be adhered to before the rice reaches the consumer. He explained that he had merely found a way to fortify rice, a staple food in India as a means to overcome malnutrition among large populations. Testing of the fortified rice needs to be done in addition to clinical trials before it can be marketed, he reminded.