Technology must be made here not adopted

There is no dearth of talented workforce at ICF, so prospects of making a bullet train are bright. Initially, there is a need to work in coordination with Japan.

Be it flagging off of technologically advanced Train 18 or supply of modern trainsets to Sri Lanka, Integral Coach Factory (ICF) has seen lot of developments under the tenure of its general manager S Mani. Infodea spoke to him recently as he moves towards his retirement on December 31 after a long duration of railway service. Here are a few excerpts the discussion:
What is your focus on using technology for train making?
A: Making technology in India should be the need of the hour, rather than adopting to one that comes from foreign shores. ICF has always been on the forefront when it comes to promoting indegenisation, reasearch on concepts, design and implementation is done inhouse. Major work is always done inside, while peripheral works are outsourced. The objective is to go for judicious outsourcing. 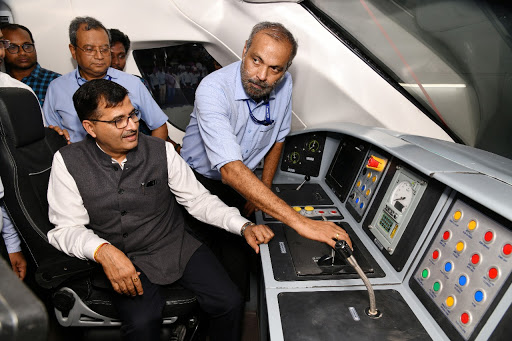 What are the prospects for modernised train sets like Train 18 in India? Will they create a new chapter in the history of train travel in India?
A: Train 18 is of world standards, happy news is that it achieved the speedlimit of 180kms. The travelling will be a different experience on it, this is likely to replace our Shatabdi trains. The response has been encouraging, we will be making two more trainsets (Train 18) this year, next year a few more will be made and one or two of them will be a sleeper version.
How has train coach making changed over the years and how ICF has imbibed them?
A: Linke Hofmann Busch (LHB) coaches are now being made while making of conventional coaches came to an end. LHB coaches have better safety features and can travel at a greater speeds. We are making bio-toilets with vacuum evacuation in AC coaches. The width of windows in the trains being made now are also being increased. AC coaches of LHB make are also now being provided with continuous windows similar to that of Train 18. Every train being made now is having enough scope for providing amenities like wi-fi.
What is the focus on renewable energy in train making for ICF?
A: A coach of an EMU train is being fit with a flexible solar panel to source its energy from the sun. This is likely to be on the tracks in January. There will be no battery storage in it and it can source energy on any bright sunny day. This is at experimental stage, possibilities of fixing solar panel on the entire train and making a solar train could be explored after extensive studies.
Elaborate on the prospects of making a bullet train in ICF?
A: There is no dearth of talented workforce at ICF, so prospects of making a bullet train are bright. Initially, there is a need to work in coordination with Japan. Our staff can work along with the Japanese personnel and learn the nuances. While the first coach would be made along with them, the last coach of the first train would be completely made by personnel of ICF.

Can you tell us about the productivity and future targets in ICF?
A: ICF achieved a production of 2000 coaches in 2015-16, the number of coaches brought out was in 2016-17 was 2277. The efforts were sustained as 2017-18 witnessed a production of 2503 coaches. For 2018-19, the plan is to manufacture more than 3200 coaches, the increase is likely to be more than 30 percent. We wish to increase the number of coaches to 4000 and are hopeful of achieving it in near future.
Can you tell us about a memorable moments during your tenure at ICF?
A: Bringing out the advanced Train 18 is an adorable moment. It has become more special when Train 18 successfully achieved a speed limit of 180kms. Every time we achieved our production targets, the moments were worth remembering. We went congratulating the whole team at ICF, the biggest asset the organisation has.
Works you desired to take up at ICF?
A: I desired to see the commencement of making Train 20,  wish was to make considerable contribution towards that during my tenure. Had this happened, this too would have been a fruitful moment for me. Train 18 is made out of stainless steel, while Train 20 will be made out of aluminium. 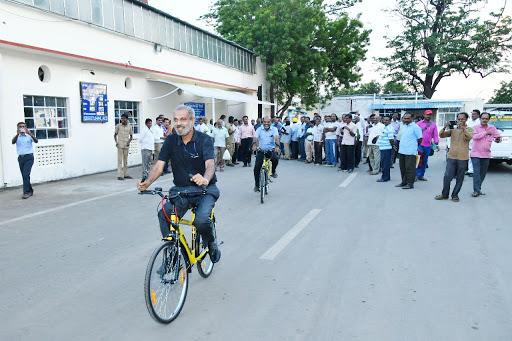 What are your post retirement plans? Would you continue to serve the railways?
A: Art has always been my interest. I plan to spend time writing poetry, reading books and also painting. I have already written a few coffee table books, desire is to write more.
What is your take on defect rectification in coach making and train travel in India?
A: There are bound to be defects in the products we make, but they are the ones that give us opportunities to learn and make better products.
There is a need to improve comfort and speed in India. Japan is known for speed and punctual train travel. Germany also is popular for that. Chinese Railways too made significant progress in speed and punctuality. The time has come for us to focus on enhancing speed and comfort.
Share