Train 18 has now become a name well-known with every citizen of India. It has become popular in another name ‘Vande Bharat Express.’ This means a lot for the people of this country, trains like these are usually seen in Europe or USA.

There is a change in the perception now, thanks to Train 18, people now get to travel in modern modes of transport. Building such systems was considered not easy by many in India. Those thoughts got a big farewell when Train 18 started plying in India and now many feel more systems like that would be in vogue in the years to come. 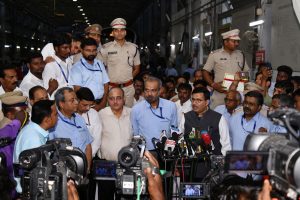 This train received all the attention during a discussion in Chennai recently on the book ‘My Train 18 Story’ by Sudhanshu Mani, former General Manager of Integral Coach Factory (ICF).

Where did it all begin? Mr. Mani said the seeds for Train 18 were sown during Rail Vikas Shivir (sort of jamboree or Railway Development Camp) in 2016, in which Prime Minister and Railway Minister participated to usher Railways to have Gati and Pragati (Speed and Development). 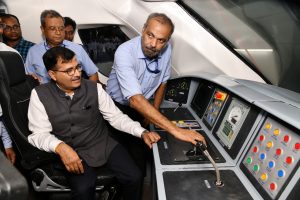 He volunteered himself to become the GM of ICF only to pursue that dream. He mentioned that at the time of his taking over charge at ICF, it was already the biggest coach manufacturer in the world, turning out high number of coaches.

His vision combined with the commitment and skill level of the staff and officers at ICF made this bold project possible, he added. He also listed the Team ICF members who had been present in the gathering, who, he said, have contributed in various ways to his vision and dream of turning out world class railway coaches. 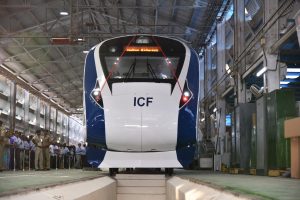 Train 18 received applause during the programme. Director of IIT Madras Professor V Kamakoti said Train 18 project is a step towards self-reliance (Atma Nirbharta) reminding that running of the train without any hassles till date is a proof for the success of the project. This will be an inspiration for the youth who have migrated out of India to come back and establish their own businesses in India in large numbers, he said.