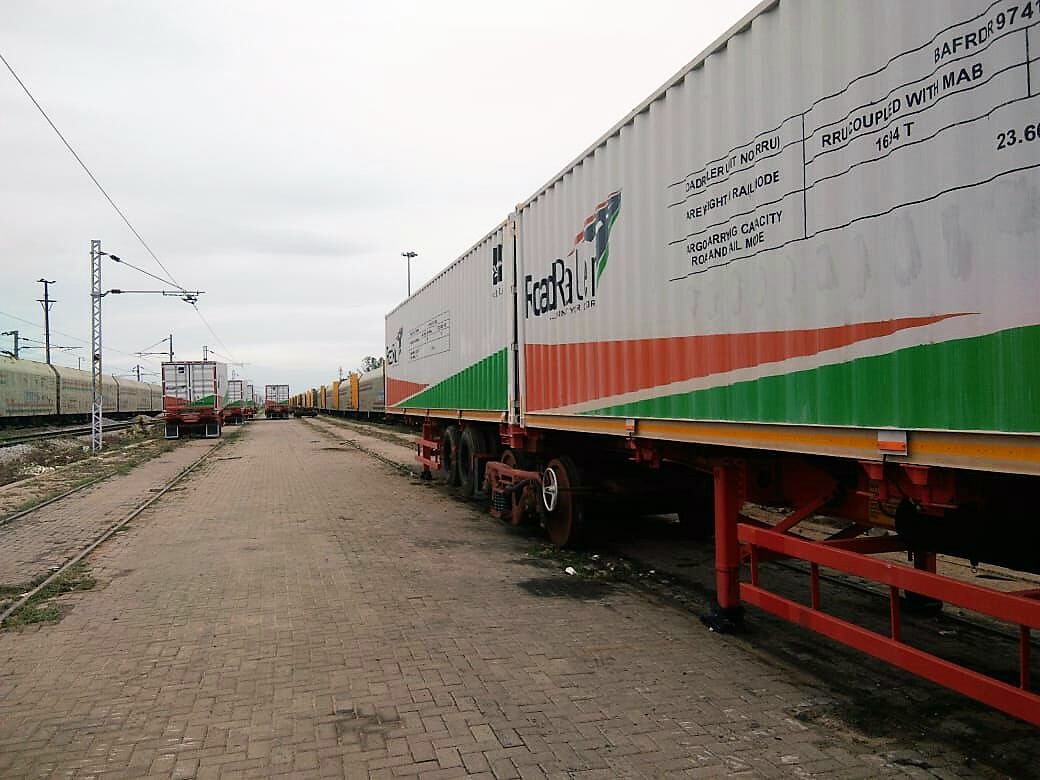 The trial run of Road Railer, a bi-modal transportation unit which runs as a semi-trailer on road and as a wagon on rail was conducted between Melpakkam and Katpadi section of Chennai division of Southern Railway. While the trial run happened on Wednesday last (19 September), road railers will offer a holistic logistics solution in diverting cargo traffic from road to rail and will offer seamless door-to-door goods transportation.
Kirloskar Pneumatic Co Ltd (KPCL), a Kirloskar Group Company, in association with the Southern Railway conducted  a dry run between Melpakkam and Katpadi.   KPCL will bring in the investment and provide these specially designed Road Railers for the Railways, which will operate and maintain them.  The first- and last-mile (road) operations of the Rail Railers  will be taken care by KPCL and its strategic partners.
The Road Railer concept works like this, goods  loaded on to a road railer unit in a godown travel by road, it is then directly coupled with railway wagons at the terminal. The unit (with wheels attached as in a normal truck) will be moved by rail and decoupled from the wagon at the receiving end and attached to a truck to be moved on to the final destination.
Southern Railway will shortly announce  the commercial run of Road Railer between Chennai  and Palwal (Haryana), the two Road Railer terminals established by KPCL. This move will open new streams of freight traffic facilitating imports as well as exports.