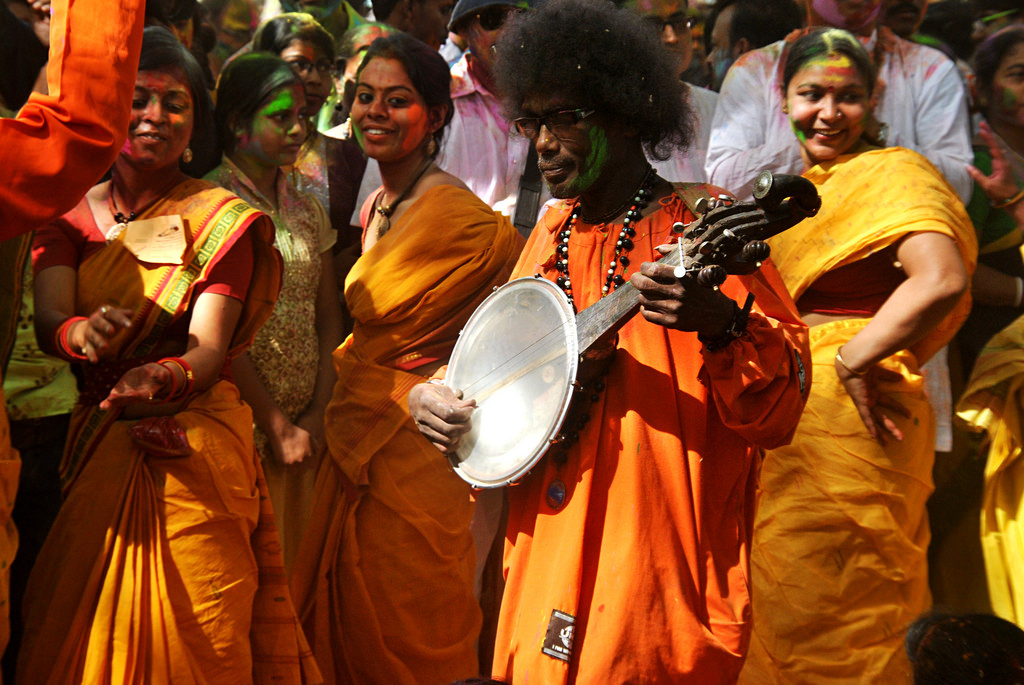 Holi or the festival of colours is celebrated in Indian Subcontinent. It is an ancient Hindu festival and it is celebrated for two days starting on the Purnima (Full Moon day) falling in the Bikram Sambat Hindu Calendar month of Phalgun, which falls somewhere between the end of February and the middle of March in the Gregorian calendar.

The festival is celebrated as a thanksgiving for good harvest. It is also the end of winter and arrival of spring season. Like many other festivals in India, Holi also signifies the victory of good over evil, a festive day to meet others, play and laugh, forget and forgive and repair broken relationships.

The first day of the two day celebration is known as Holika Dahan or Chhoti Holi and the second day as Rangwali Holi, Dhuleti, Dhulandi or Dhulivandan.

Once a demon king Hiranyakashipu wanted to take revenge from Lord Vishnu for killing his younger brother. The king prayed for years to gain powers and was finally granted a boon. But with this Hiranyakashipu started considering himself as God and asked his people to worship him like God. However, his young son named Prahalad was a great devotee of Lord Vishnu. Prahalad never obeyed his father’s order and kept on worshiping Lord Vishnu. This made the king angry and he decided to kill his own son, because he refused to worship him. He asked his sister ‘Holika’, who was immune to fire, to sit on a pyre of fire with Prahalad in her lap.

Treacherously, Holika coaxed young Prahlad to sit in her lap and she herself took her seat in a blazing fire. The legend has it that Holika had to pay the price of her sinister desire by her life. Holika was not aware that the boon worked only when she entered the fire alone.

Prahlad kept chanting the name of Lord Naarayana (Vishnu) all this while, came out unharmed, as the lord blessed him for his extreme devotion.

The defeat of Holika signifies the burning of all that is bad.

After this, Lord Vishnu killed Hiranyakashipu. But it is actually the death of Holika that is associated with Holi. Because of this, in some states of India, a pyre in the form of bonfire is lit on the night/evening before Holi day to remember the death of evil.

The second day of Holi is celebrated with colours, which dates back to the period of Lord Krishna (reincarnation of Lord Vishnu). It is believed that Lord Krishna used to celebrate Holi with colours and hence popularised the same as a community event. He used to play with his friends at Vrindavan and Gokul. That is why till date Holi celebration at Vrindavan is unmatched.

Historical places in India where Holi is celebrated for many years:

So, celebrate a safe Holi with your friends and family.

Wishing you and your family a very “Happy Holi” !!! by Team INFODEA.