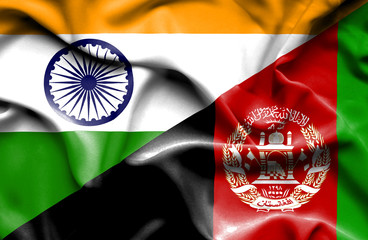 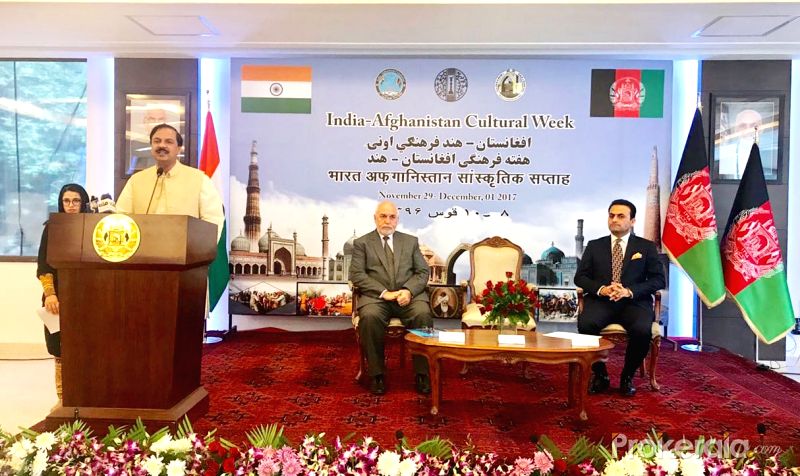 India and Afghanistan enjoy age old cultural and civilaisational ties and the deep-rooted linkages in the fields of music, art, architecture, language and cuisine constitute an important bond of friendship between the people of the two countries. This was said by The Minister of State (Independent Charge) for Culture, Dr. Mahesh Sharma and Minister of Culture and Information of the Islamic Republic of Afghanistan during the inaugural function of India-Afghan Cultural Festival. His Excellency Prof. Moh. Rasool Bawari inaugurated the India-Afghan Cultural Festival in New Delhi today. The Festival has been jointly organized by the Government and Embassy of Afghanistan along with the Government of India and ICCR.
Speaking on the occasion, Dr. Mahesh Sharma said that While exponents of Afghan classical music such as Ustad Sarahang were trained in the Patiala Gharana, the popular Indian music of bollywood resonates in Afghan homes, Dr. Mahesh Sharma explained. The central Bamyan province of Afghanistan is an epitome of our shared Buddhist heritage, he added. Dr. Mahesh Sharma said that Gurudev Rabindra Nath Tagore’s ‘Kabuliwala’ has connected Indians with the honest and large-hearted Afghans.
Highlighting the common values shared by the two countries, the Indian Culture Minister said that the four Gurudwaras and the two temples in Kabul itself are testament to tolerant and diverse society of Afghanistan. Emphasising the developing partnership being extended by India for the people of Afghanistan, Dr. Mahesh Sharma said that Restoration of Afghan cultural heritage and strengthening its cultural institutions has been an important part of our support in reconstruction of Afghanistan. The restoration of Storay palace in Kabul and support to the Afghan National Institute of Music are a few such examples, the Minister added.
Dr. Mahesh Sharma said that the India-Afghan Festival is a unique event being organized and will further bring out the commonalities between the two countries through art, handicrafts, dance, music and other forms.
The three day festival includes cultural performances, handicrafts, exhibitions, cuisine and cultural shows from Afghanistan as well as India.