ALT Balaji to come with another series on Republic Day 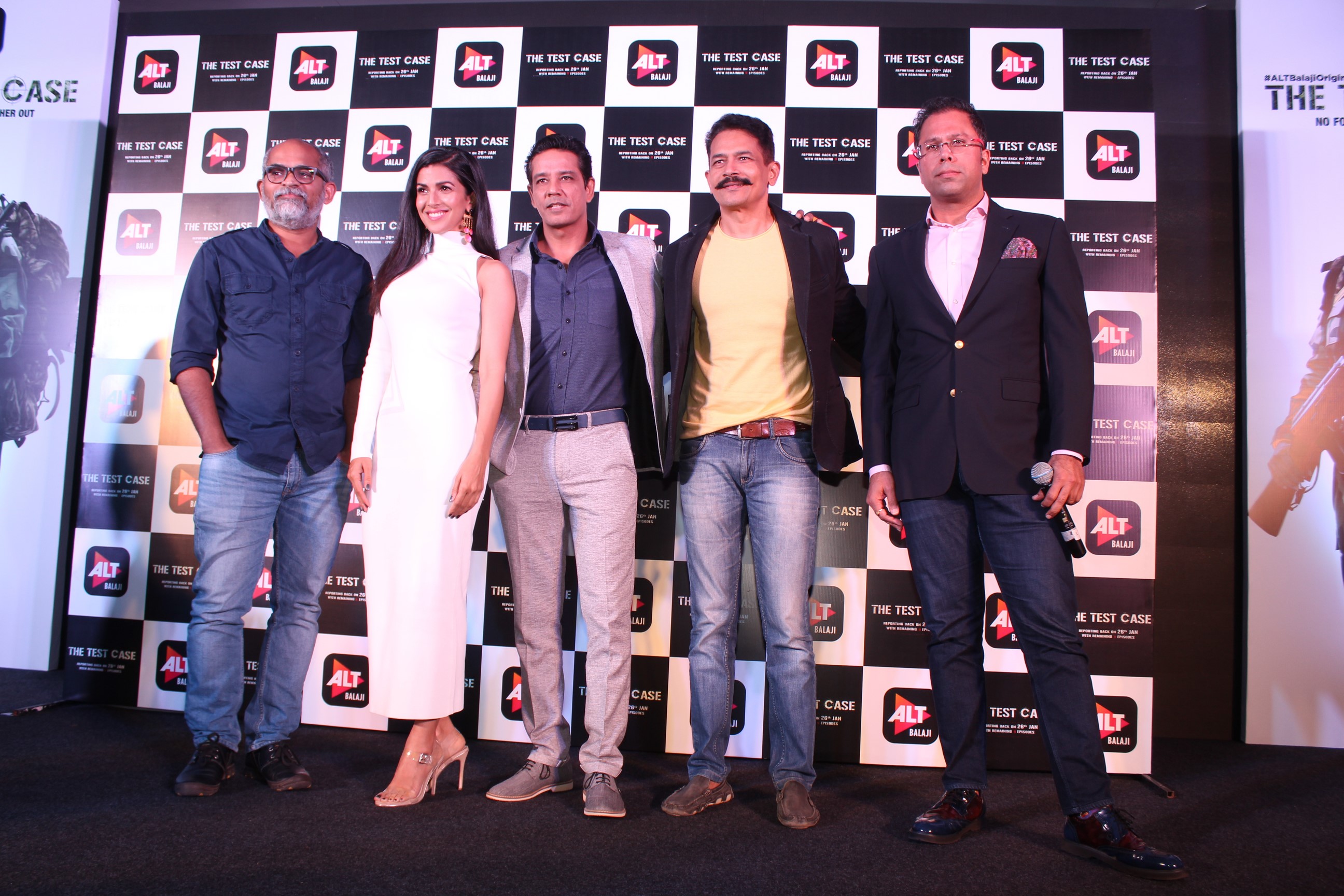 ALT Balaji, Ekta Kapoor’s digital venture is in talks for showing up some promising Hindi Web Series. Talking about one upcoming series on the app, Directors of ‘The Test Case’, Vinay Waikul and Nagesh Kukunoor were present with the cast including Nimrat Kaur, Anoop Soni, Atul Kulkarni and the Chief marketing officer of ALT Balaji Manav Sethi in a press conference in New Delhi recently.The Test Case’ is a web series which will revolve around the story of the first woman combat officer portrayed by Nimrat Kaur, who struggles to carve out her own identity in a male-dominated world.

Interacting with media, the leading lady Nimrat shared her experience, “It wasn’t easy to put together this story. We tried to keep it real. It was really difficult for us. And for me, it was truly one of the biggest blessings to be the part of this project. We had a responsibility to portray the right message to our society, therefore none of us were acting in this series, we gave our heart to it. This role was really challenging for me not only physically but mentally as well.”

Actor Anoop Soni said, “For me, this show is a breath of fresh air, after a long time I am back in such a role. When this show was offered to me, I didn’t take much time to say yes. And it was a pleasure to work with such a hardworking team. I had a great time with everyone.” The other lead of the series Atul Kulkarni also shared his thoughts, “Being a man it’s a great opportunity to be the part of this web series. Yes, there is no difference in male and female, this is a message which we want to portray in parts through this project. Not only the main leads but the entire team really worked hard together. I would really request the viewers, especially the females to watch the series, the character of Nimrat will definitely motivate them.”

‘The Test Case’ also stars, Atul Kulkarni, Rahul Dev, Manit Joura and Akshay Oberoi in lead roles along with Juhi Chawla in a guest appearance. The upcoming web series is set to be available for viewing on 26 January 2018 on the Indian Republic Day.