An Association for a common objective 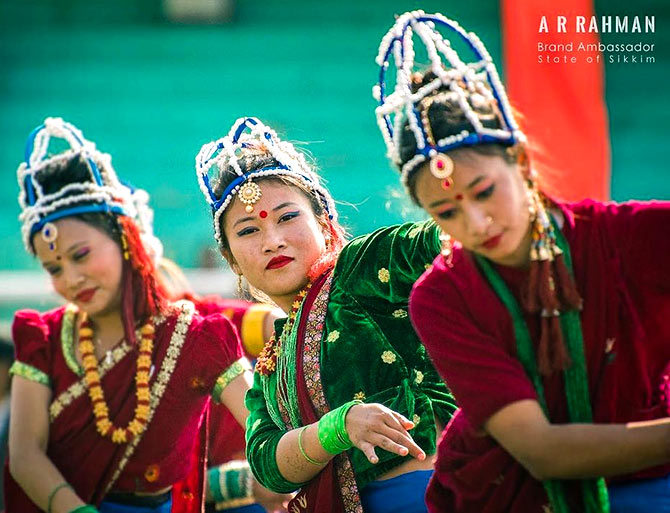 Apart from individual, it requires an effort by an entire community to bring about a positive change on a mass scale. No matter where we go, where we live, our culture and values stay with us.
The Assam Association Sikkim is putting emphasis in the art of appraising the value of our culture and propagating Assamese culture in the north-eastern beauty of Sikkim. It’s a group of more than 200 people and was started recently in January 2018.

This association started with an aspiration to maintain brotherhood among the states connecting with their culture and traditions. In a distant land, where the language, lifestyle, urbanity, and gentility are different than others, this association has been portraying the essence of its culture by organizing various events including Bihu.
Through performances like dancing, singing, dramas and spreading awareness about various social issues plaguing the society. And through folk art Bihu which is the main festival of Assamese community, the Assam Association Sikkim organize Bihu function in April where girls and boys of all age groups come and perform their beloved folk dance Bihu and spreading the message of peace, harmony and camaraderie through ‘Bihugeet’.

The cultural exchange takes place through mutual participation when the dwellers of Sikkim enjoy the event leaving aside all barriers and become one as part of the seven sisters of North-East (with Sikkim being added in the list making it eight). Somehow these festivals bring everyone together and that’s been the motive of Assam Association Sikkim. The aim is to live with joy, love and peace in the society, create an environment where there are no boundaries and there is one home for all. The association believes that such initiative is imperative in today’s world and will go very far to nurture the future generation.

The Assam Association Sikkim is also engaged in some social activities like campaigns of ‘Swach Bharat Abhiyan’ and campaign against drug abuse. Their message is loud and clear and the association have moved further by opening an old-age home recently where the elderly get the much – needed care after being abandoned by their children. The association believes that the moments spent with the senior citizens are blissful and pure and the senior citizens must spend the rest of their lives amid love and care of the younger generation.

The Assam Association Sikkim is fairly new when it comes to both cultural events and social activities but it is their firm conviction that joining hands together will make this society a better place to live.