Can media play a role in generating health awareness? 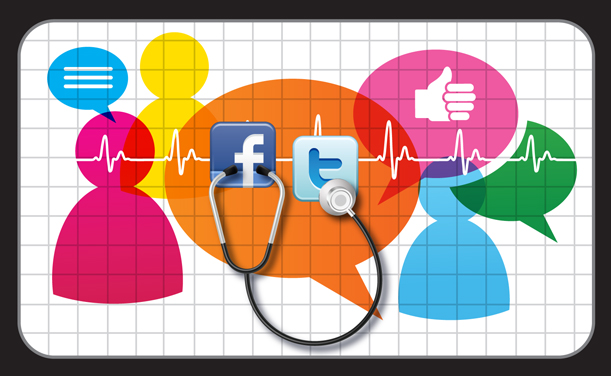 Governments must do their part too

Media could play a leading role in creating awareness on various health issue and this role can’t be disputed. Hillary Clinton Secretary of State of the US has recently commented on AIDS and while speaking that the disease is incurable, she said efforts are to be made.

Many efforts are made on health related issues and role of media have to be included also. There are many health related problems confronting our country and these include both communicable and chronic diseases. Health department at the centre and state play a leading role in eradication of diseases, including international agencies and governments of other countries.

Media have been promoting health related causes in a big way in helping government departments spreading awareness on various issues relating health and family welfare programs. The MOHFW has various schemes and these are promoted in many private and government owned media outlets. RCH project is one such scheme and it uses communication specialists and media in promoting all across.

The bad aspects of cigarette smoking can be highlight of a health campaign to be launched by PM Modi’s government and prevention alcoholism could also find highlight in media. In Tamil Nadu many people are addicted to alcohol and high light of a campaign could find high light in media. Many domestic problems and violence come out of alcohol abuse as movies of Hollywood as Jack Lemmon’s Day of Wine and Rose highlights alcohol abuse in its portrayal of Jack Lemmon and similar movies are seen in Tamil cinema also. Media could play a powerful in educating people on many food products or stuffs having bad effect on families as cigarette alcohol or foodstuffs substituting homemade food.

Cigarette syndrome
When cigarette promotion was allowed there was little of talk or discussion or work related problems or issues as terrorism were felt as atmosphere was different among at least some communities. But dread of cigarettes and cancer related diseases make us to think what we have now is not too bad. The cough related diseases and pain agony of cigarette was so much that now it is a better situation after all.

But it was that some seem to feel a different situation in generating more income or feeling of such a thing on account of world giving up cigarette promotional activities as customers lose track of even names of cigarettes on account of absence of seeing it in many places.

Alcohol ban
Alcohol if consumed on large scale can have disastrous consequences as we have in today’s society as men and women protest or advocate prohibition in Tamilnadu. No health problem can come to anyone if not in habit of consuming alcohol or even some connect former CM’s death to some such administrative decision of old government.

This sort of situation prevails as tamil Nadu or India there is strong sentiment against consuming alcohol at home or outside. Even the PM of today Narendra Modi’s government is not very encouraging such things as this and alcohol has effect on health in long run media need to highlight salient aspects of this issue to public to serve as watch dog of moral and physical health of society at large.
There is a need to develop vaccine to prevent incidence of cancers as vaccine exists to prevent other diseases as government of PM Modi should give importance to cancer prevention and cure as President Obama did during his tenure as President. The kidney failure of FM Arun Jaitley is unfortunate but treatment exists to save him in India and other countries.
Cancer research is to be given importance as there is a need to prevent spread of disease or even incidence of disease to lead a balance oriented life. We should not become a threat to other human and non human beings on earth in order to prevent incidence of cancer as foreign bodies or particles could cause cancer also.

The need to have ambience to and with other beings make cancer is still a disease that can have a solution as in case of other diseases. Development need to go along with development of all humans economic social justice representation of all in governance and a reduction of dominance over other men or matters and a just order serving interests of all could help in finding lasting solution to dreaded diseases as cancer.

Tips on cancer heart kidney diseases will go in a long run in helping people in avoiding such diseases on account of any bad habits of old time. Lung cancer comes to those who smoke as also to those who don’t and in a such situation health education may not be useful but such situations are few or not visible in a society. There might be combination of two or three risk factors could cause such a situation happening in countries as India or USA etc.

Work of government
The government of India as well as state governments health departments have been promoting health services among people for a long time as health services have been benefiting people on large measure. The government led by PM Modi has been launching programs benefiting women and others generally as many national and local schemes benefiting people.
The government of Tamil nadu has also been launching various schemes as J Jayalaitha’s full body check up or some such schemes are helpful. Also the incidence of cancer has been high in state of Tamil Nadu as Royapettah hospital has separate building built recently for cancer check up and treatment. The rapid modernization and the success of bad versus good elements in Tamil Nadu and also assassination of poor people oriented PMs as Indira Gandhi and Rajiv Gandhi could be reasons for rise in Cancer in India and Tamil Nadu particularly.

The rapid diffusion of education and western values as liberal family values also add to rise in cancer syndrome where family bonds are weaker. Jairam Ramesh sees or feels acid rain could also come in India as in west or Japan as we seem to develop faster although there is no substitute for Dominant paradigm as rapid industrialization rapid education to cater to mass as even Indira Gandhi had EM Rogers as family planning advisor according to Dr. David Dobkins, a Professor of Radford university.

PM Modi is good in building dams as on Narmada dam but need to avoid wrong modernization as it might cause cancer. PM Modi’s drive on making facilities available to all and in empowering on health for all need appreciation as well as CM Eddapati Palanisamy has launched many welfare schemes also.

The government of India need to develop total health care for all and need to propagate it in media to reach everyone, also use song and drama division to get message across as one should not get terminally ill diseases as cancer or heart attacks etc. it should become a rare that people get such diseases and it should be a rare one as rich and poor should live up to 75 or more years and this should be for not just few but for all.

Many diseases as cancer or cardiac arrest do have prevention as cancer affects people who indulge in extra ordinary life style of using resources and we need to dwell upon it . Cancer is a dreaded disease and it is something that one should avoid it all cost as cancer is more in western nations when Compared to east and it shows reasons for same. We need to do all that is possible to save mankind from all possible dreaded diseases as cancer to take man forward in new century.