Amid the difficult Pandemic times, the prestigious tradition of transforming lives at Miss India Organization continued.

The pageant was held virtually in Mumbai this year for the first time ever and conducted a nationwide hunt to select representatives each from the 28 states and a representative from Delhi, Jammu & Kashmir besides a collective representative from the Union Territories making for a total of 31 finalists. These shortlisted finalists had to go through rigorous training and grooming sessions and were mentored by none other than the former beauty queen and actress Neha Dhupia. Subsequently, the shortlisted girls arrived in Mumbai to compete for the coveted crown for the Grand Finale on 10th February 2021. 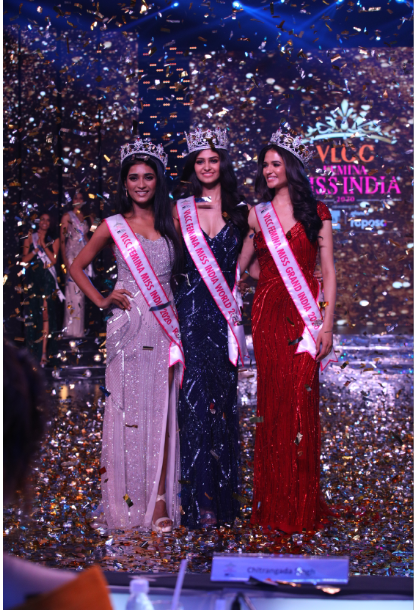 Talking about the pageant with pride and passion, Neha Dhupia, said, “Each year as the journey of Femina Miss India begins, it brings back all the memories of the priceless experiences I’ve had with this pageant. It’s almost like reliving every moment of my journey with these young glamorous girls who are so full of enthusiasm and capability to take on the world with power and elegance. Certainly, there are challenges with the digital process in the wake of the pandemic, however, I’m confident it will be as exciting and worthwhile irrespective of the layout.”

The opening round was led by Suman Rao – Miss World 2019 – 2nd Runner-up and Miss World Asia 2019, who along with our TOP 15 showcased the diversity of India and of the pageant in a choreographed performance. The choreography was a mélange of a fashion showcase and Indian classical and Bollywood dance styles. Powerful, independent, graceful and poised, our finalists were dressed in the finest lehengas from Mohey. From feminine pastels to vibrant pinks and bridal reds, the Mohey collection represented the quintessential Indian beauty.
The contestants flaunted antique-looking heirloom jewelry & modern contemporary styles from Shobha Shringar Jewellers, a name synonymous with the best Jadau jewelry.

The next round was the gown round. In this round, a synchronized fashion walk was staged with the top 15 contestants, dressed in high fashion designer gowns by Ace Designer Bhawna Rao whose collection was called ‘Great Beginnings’. ‘After a year full of pandemic, we all have gone through a lot and together we are moving out of it very gracefully. This is what we have tried to achieve through the collection by putting up the extreme color palette and making our Miss India look very glamorous and graceful’, said Bhawna Rao. The collection embodies a woman who is strong and compassionate. The contestants flaunted diamond jewelry with a stunning one of a kind bridal sets each having a classic long-lasting flavor from Shobha Shringar Jewellers.

The contestants were strutting the runway with oomph and glamour, and they were introduced one by one to the audience and judges. 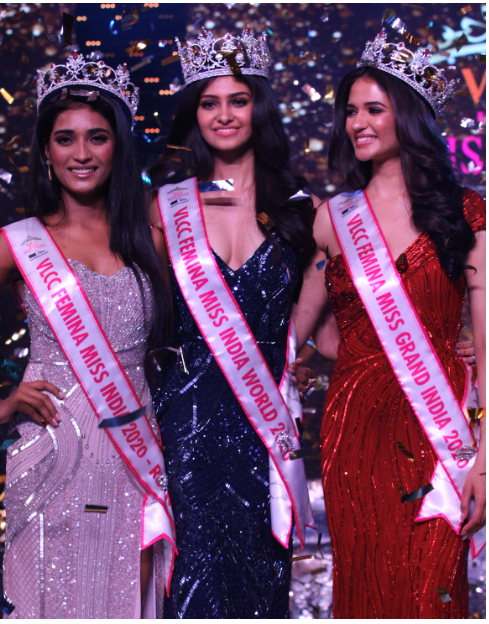 This was followed by a question-and-answer round and common question round. The Top 5 contestants were to set foot on speaking their minds, expressing themselves, voicing their opinions on subjects related to their personal life journey, current affairs, or matters pertaining to the general public interest. The objective of the round was to examine the contestants on the following attributes: content, articulation, oration, confidence & body language.

The star – studded evening witnessed enjoyable and enthralling performances by Vaani Kapoor who left the audience spellbound. The show was hosted by none other Aparshakti Khurrana, who welcomed the audiences and introduced them to the new format of the pageant in the ‘new normal’.

Carrying forward the legacy, VLCC came together with Miss India Organization to look for India’s next pride. The pageant is co-powered by Sephora and Roposo.

Below is the illustrious panel of judges for the evening: –

Neha Dhupia – Former Miss India finalist turned media personality Neha Dhupia is the official Mentor of VLCC Femina Miss India 2020. She speaks to the audience about her experiences with the contestants, leading into the Gown and Introduction Round.

Falguni and Shane Peacock – Falguni and Shane peacock are proclaimed luxury couture designers, who are renowned for creating eccentric contrasts on the ramp. The husband-wife duo is accredited for taking Indian fashion to Hollywood circuits, with their glamorous and spectacular designs. They are famous for creating fantasy themed dreamy and dramatic designs that make a rock star like statement.

Chitrangada Singh – Indian Film actress and Model. Chitrangada began her career as a model before making the transition to the silver screen. After completing her college education, she began modeling with brands like ICICI bank and Alukkas Jewellery among others. She started her film career with films like Yeh saali Zingagi and Hazarron Khwaishein Aisi and her latest appearance was with Saif Ali Khan in Bazaar movie.