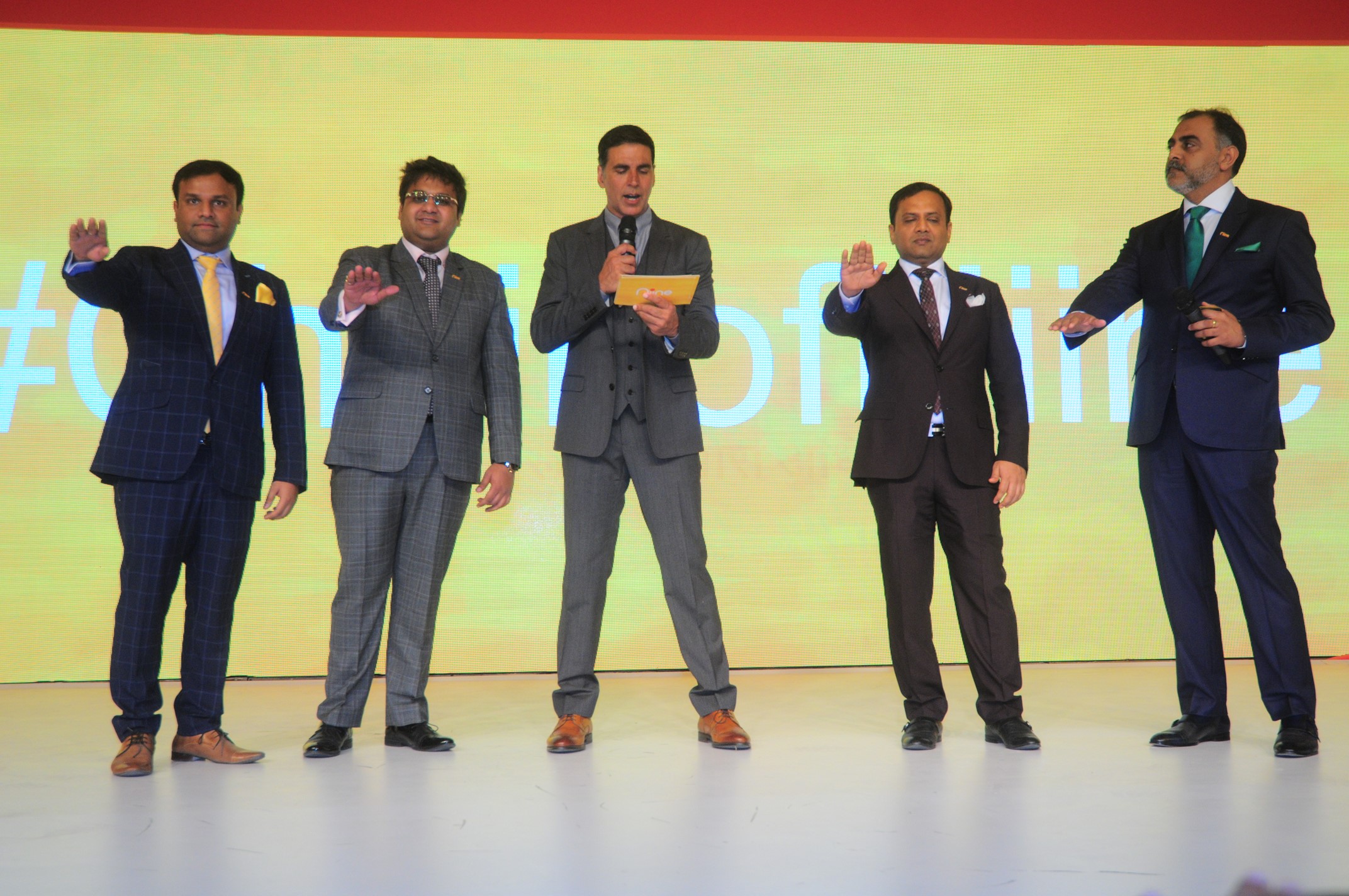 The Niine Movement, an ambitious five-year plan aimed at raising awareness on the importance of menstrual hygiene and tackling the taboos associated with menstruation, officially launched at the inaugural Menstrual Awareness Conclave in Delhi, India to mark International Menstrual Hygiene Day on 28th May 2018. The Menstrual Awareness Conclave is supported by India’s Pad Man, Akshay Kumar and Shabana Azmi, who graced the event as its Chief Guest. The event took place at Hotel ITC Maurya, which includes several activists, who participated on a discussion made on the same.

Despite menstruation being an experience lived by as many as 355 million girls and women in India, approximately only 18% of them currently use sanitary napkins with approximately 82% of women often reverting to unhygienic and unsafe alternatives such as old cloths, rags, hay and even ash. The reasons behind this staggering statistic include decades of archaic attitudes and stigma surrounding menstruation, the lack of choice and accessibility for safe and affordable sanitary products and the limited awareness of the importance of proper menstrual hygiene management; even amongst the 18%, some are still unaware of maintaining proper genital hygiene and the correct usage of the product, often overusing sanitary napkins. 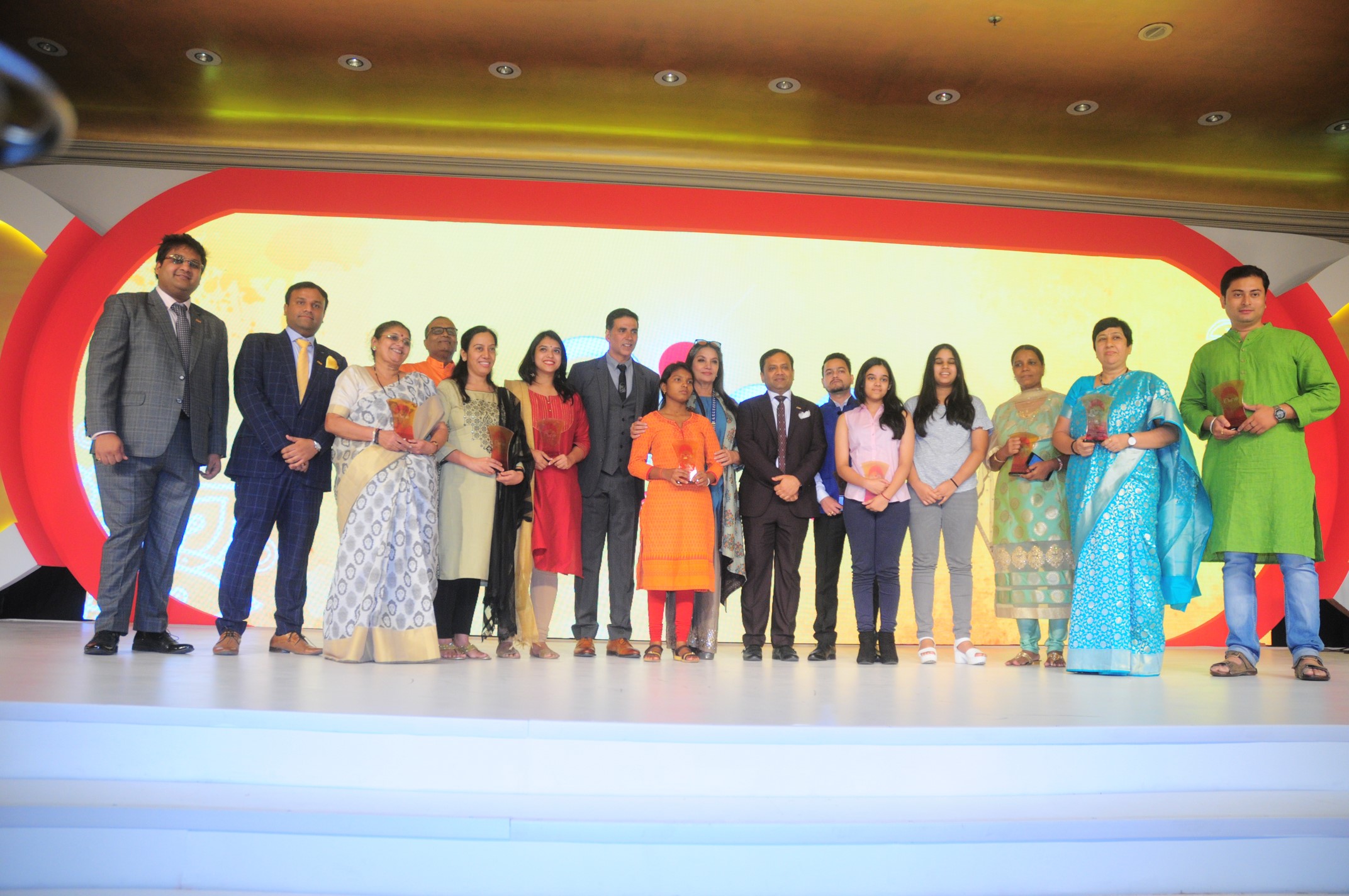 As a result of the unwillingness to discuss menstruation, there is a subsequent culture of silence and shame which has left women and girls with no choice but to partake in unsafe menstrual practices, frequently resulting in urinary and reproductive tract infections, stress, and anxiety. In some cases, this has even resulted in girls and women becoming victims of gender-based violence, including harassment, physical assault, and/or rape; this vulnerability is exacerbated by limited access to WASH facilities, desire to hide evidence of menstruation, and lack of sanitation in homes.

The Menstrual Awareness Conclave was graced by film personalities, academics, policymakers, government officials, activists, medical experts, business stalwarts, NGOs, and thought-leaders, to discuss the impact that stigma and taboos have had on menstruation, which have held girls and women back for centuries from achieving their potential and living a life of respect and dignity. The event aims to provide an essential platform focusing on collaboration, innovation and cooperation to assess, plan and put into action sustainable solutions to tackling menstrual issues across India, with the support of leading change-makers.

Amongst the high profile attendees, Indian actor Akshay Kumar, who’s most recent award-winning film Pad Man, tackled the issue of menstrual taboo. He recently began his support of the Niine Movement with the launch of the nationwide campaign #18to82 to bridge the gap between the minority that are able to adopt hygienic practices and the large majority who are not able to make an informed choice in these matters. 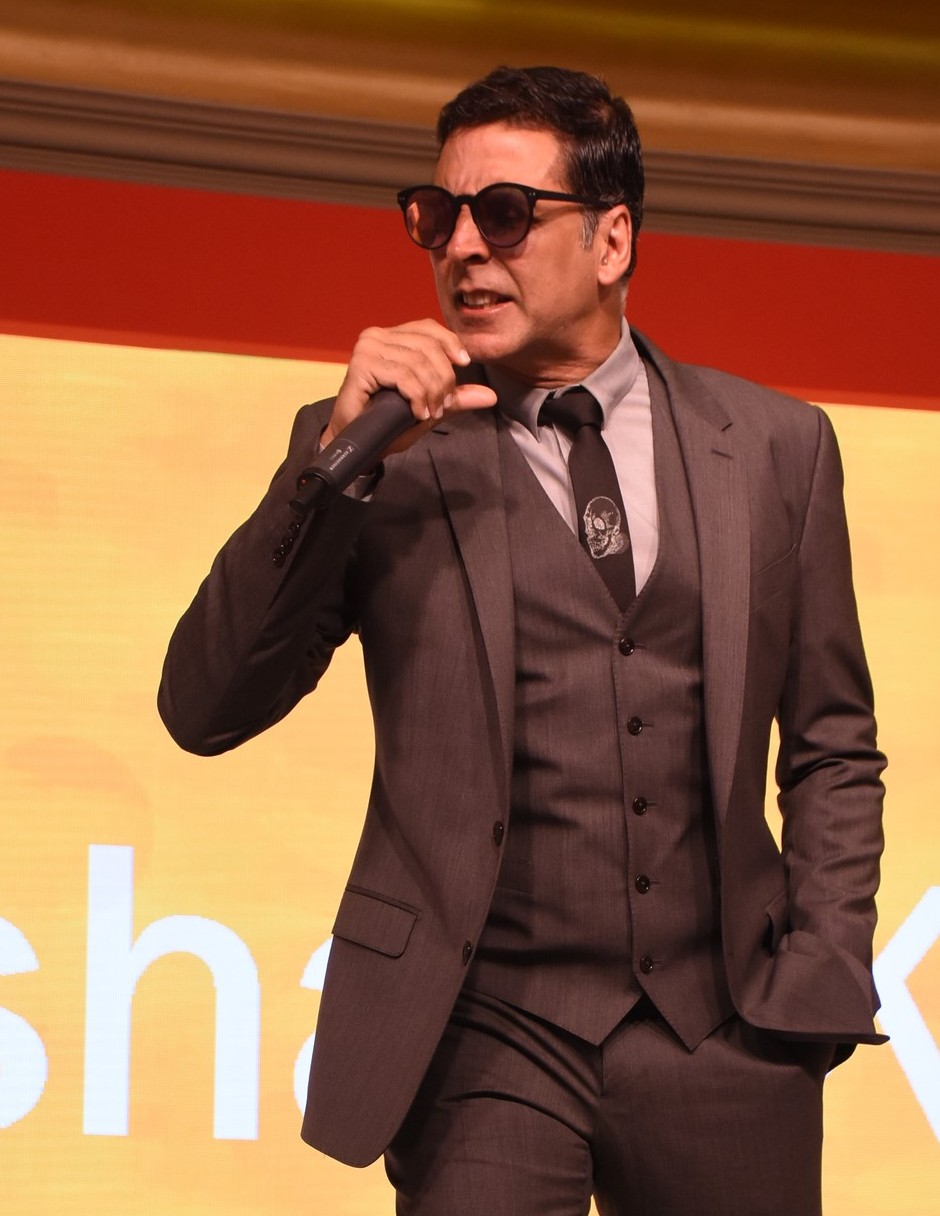 We, as a collective society, can only implement change once we initiate discussion, and the conclave on International Menstrual Hygiene Day is a fitting platform for us to truly empower a nation of women. Together we can ensure that every woman and girl has the right to manage her period safely and with dignity.”

The Menstrual Awareness Conclave also featured two high-level panels engaging prominent and expert panellists. The first panel is Chaired and Moderated by Poonam Muttreja, the Executive Director of the Population Foundation of India (PFI), which has been at the forefront of policy advocacy and research on gender, population, health and development issues in India.

With taboos surrounding menstruation preventing women and girls from achieving empowerment, respect and dignity for centuries, the first panel will delve deep into the socially constructed origin of the menstrual stigma and the physical impact this can have on girls and women, in particular reproductive and urinary tract infections. If neglected, these infections can have long term consequences including increased vulnerability to other infections and in extreme cases can leave women vulnerable to infertility.

Poonam Muttreja, speaks to eminent panellists focusing on the importance of menstrual hygiene management awareness and practice and the work already being conducted on ground to tackle the issues and address the barriers. Some of the panelists include film actor and women’s rights activist Shabana Azmi, Avinash Kumar, Director Programme and Policy, WaterAid India, an NGO which aims to transform the lives of the poorest and most marginalised people by improving access to WASH (Water, Sanitation, and Hygiene) services, Nishtha Satyam, Deputy Representative, UN Women India MCO and Dr. Jaideep Malhotra, President of the Federation of Obstetric and Gynaecological Societies of India (FOGSI). 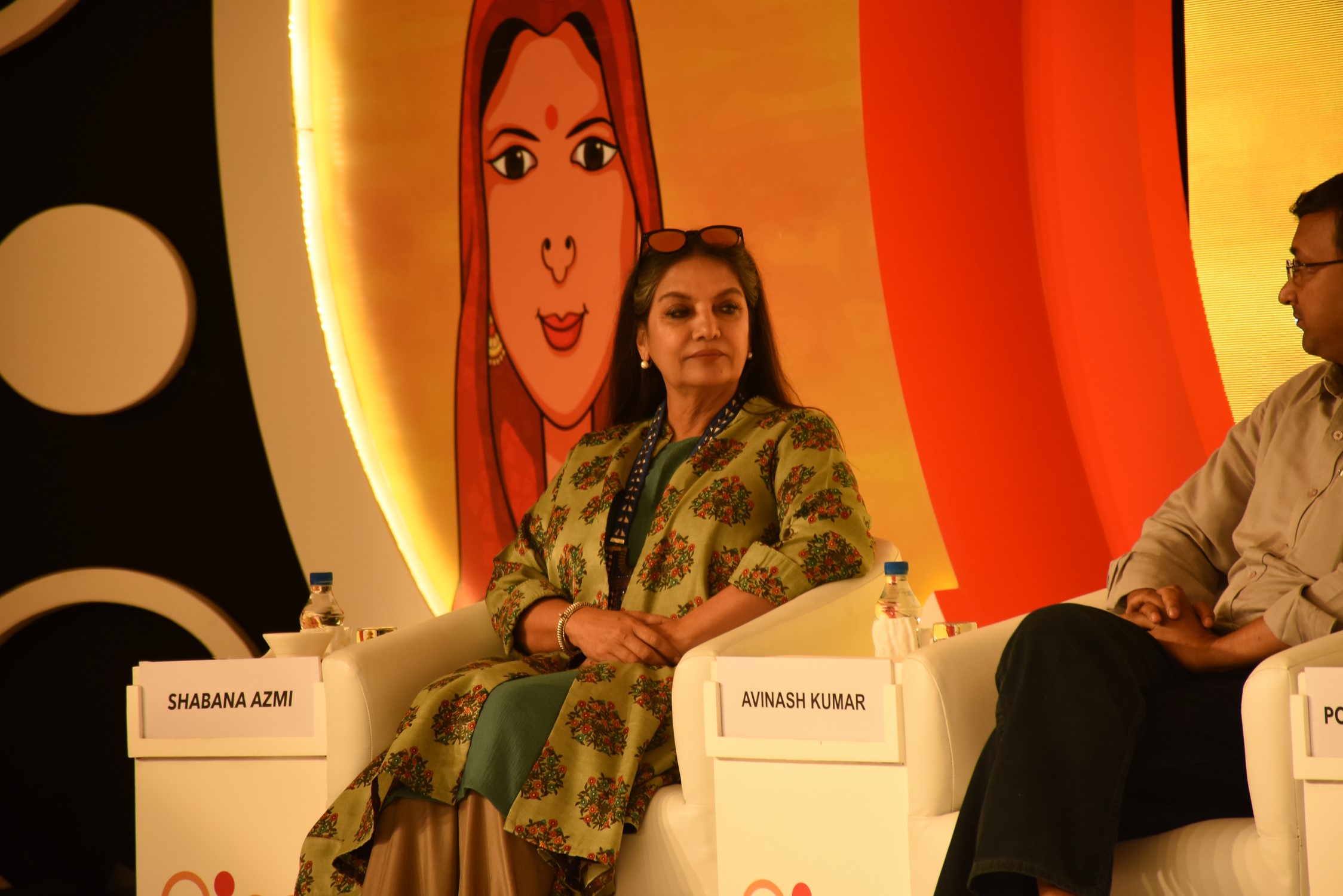 According to UNESCO, 20% of girls drop out of school upon reaching puberty the second, most common cause of absenteeism after household work. The second panel will focus on the safety and security of girls after they reach puberty in the school environment, an important concern for girls and their families that needs to be addressed in building a healthy ecosystem in which girls and women feel empowered to make healthy choices with respect to menstruation.

The Niine Movement and Niine Menstrual Awareness Conclave is conceived by social entrepreneur Amar Tulsiyan. Speaking about the launch, founder Amar Tulsiyan said: “Menstrual hygiene awareness is an issue that is severely under-represented in this country, as demonstrated by the amount of women who still do not use proper menstrual hygiene products to manage their periods. Even amongst the 18%, they lack awareness of the importance of using clean sanitary napkins and not to reuse the product, which is why as part of our theory of change, we need to Enrol existing menstrual hygiene product users and those who don’t in a supportive, taboo free environment to create an open forum for discussion and deliberation.

With Niine’s Menstrual Awareness Conclave, I am hopeful that we can inspire and motivate everyone to support the cause as I believe that we can all make a difference and break the taboo around menstruation by talking, educating and collaborating. That’s what the Niine Movement is all about. ”