Prateek Kuhad: On His Latest Single, Being in Lockdown and Destiny

While some of us complain, rave and rant about being stuck indoors, others are focusing on the good, being patient and taking it one day at a time. There’s something to be said for the latter set, those who are grateful for this break of sorts, finding peace in the stillness, making the best of the ambiguous situation and still managing to stay creative and positive. Musician Prateek Kuhad falls into that set, taking it easy, releasing new content featuring fans and not letting the current period under house arrest dampen his spirit.

From his 2013 EP Raat Raazi to the album In Tokens and Charms that released in 2015 and his 2018 Barack Obama approved EP cold/mess as well as a handful of singles released in between, singer-songwriter Prateek Kuhad has constantly touched upon the highs and lows of human relationships. 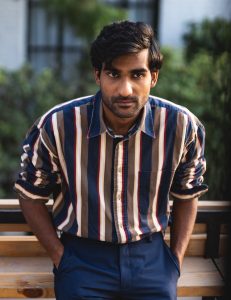 With the idea of the universality of love forming the central premise, the singer songwriter invited his fans to participate via a mailer, who then went on to record their honest and emotional responses to personal prompts and questions. Whittling down submissions from 400 fans and 45 hours’ worth of footage into a 3 minute film (which also includes some known faces like Jim Sarbh, Zoya Hussain, comedians Kunal Kamra and Mallika Dua and Kavya Trehan), Kuhad and Jugaad Motion Pictures have created in emotionally charged, expressive and stirring video via remote collaboration for the single  the conception of which Kuhad attributes to destiny.