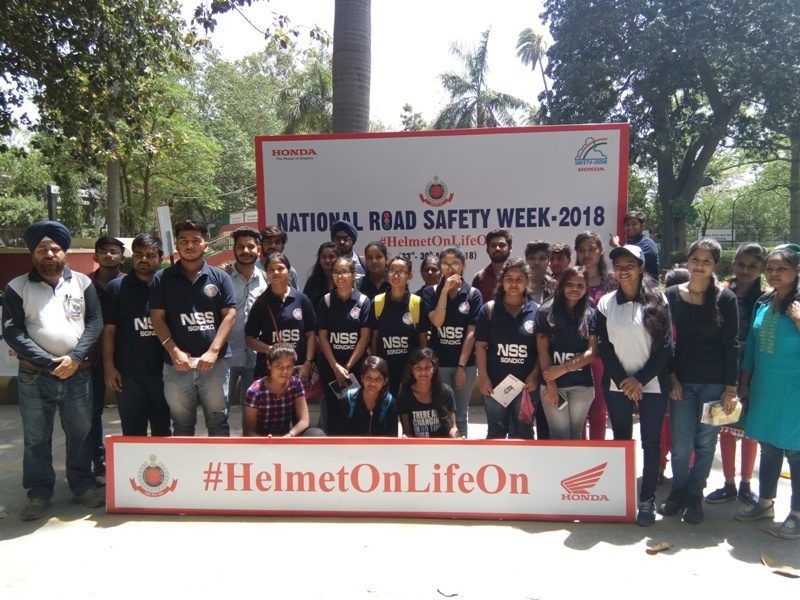 With the second largest road network across the world at 5.4 million km, Indian road network transports more than 60 percent of all goods in the country and 85 percent of India’s total passenger traffic.
There is no doubt that the road connectivity and transportation has enhanced over the years with the improvement in connectivity between cities, towns, and villages in the country.The Indian roads carry almost 90 percent of the country’s passenger traffic and around 65 percent of its freight being the most important means of transport.But all these developments and expansions have lead to a very serious problem in the country i.e. road accidents.

A report suggests that in India, more than 150,000 people are killed each year in traffic accidents. That’s about 400 fatalities a day.Among the vehicle categories, two-wheelers account for the highest share in total number of road accidents (33.8 percent), followed by cars, jeeps and taxis (23.6 percent), trucks, tempos, tractors and other articulated vehicles (21.0 percent), buses (7.8 percent), auto-rickshaws (6.5 percent) and other motor vehicles (2.8 percent).

“Prevention is better than cure” but where does the prevention go, when the main cause of accidents and crashes are reported to be due to human errors. Studies conducted by the Union ministry show that 78% of road accidents occur due to the fault of the drivers.
Some of the common behaviour of humans which results in an accident are over speeding,drunken driving, distractions to driver, red light jumping,avoiding safety gears like seat belts and helmets.

The Union ministry of road transport and highways will observe the 29th road safety week ‘Sadak Suraksha’ from April 23-30 this year, against its usual practice of holding it in January by the National Safety Council of India (NSC) which is an autonomous body set up by the Indian government to engage the public on safety, health and environment issues. Road safety is a major public health concern for authorities in India.

Working along with regional governments, NSC has always encouraged organizations such as schools and colleges, community groups, emergency services professionals and businesses to participate in Road Safety Week activities. Groups such as the Society of Indian Automobile Manufacturers and the International Road Federation have also had involvement in the past. 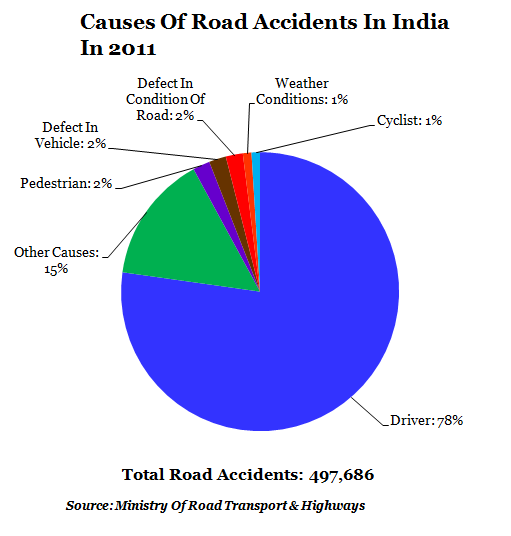 Previous year’s functioning and achievements during the ‘Road Safety Week’-

Following the trend of different themes for each year like ‘When on the road, always say Pehle Aap (you first)’ and aimed to encourage drivers to take a more considerate attitude towards fellow road users in 2014 or back in 2013 Road Safety Week’s theme was ‘Stay alive, don’t drink and drive’, this year the theme for the road safety week is ‘Sadak Suraksha – Jeevan Raksha’.

Union Ministry of road transport and highways said, “Motor vehicles’ population is increasing at a rate of 10% every year. Rising traffic on roads and resultant accidents were one of the leading causes of death, disability and hospitalization among people,” adding that the accident prevention relies on 4Es – Education, Enforcement, Engineering and Emergency care.

Starting ‘National Road Safety Week 2018’ with a mission, Honda Motorcycle & Scooter India Pvt. Ltd. has kick-started its pan-India road safety awareness initiatives to ride home the message #Helmet On Life On across India. Honda will spread road safety awareness to thousands across India in just a week. Starting from within, Honda’s 22,000 associates will take the road safety pledge. Additionally, Honda will also spread awareness through its 12 traffic parks via special activities in collaboration with corporates, educational institutions and its 5,700+ network spread across India.

Announced with huge fan fair at the Auto Expo 2018 by Honda’s brand ambassadors Taapsee Pannu and Akshay Kumar, #Helmet On Life On road safety campaign generates awareness across all age groups on the importance of helmet while riding a two-wheeler.

Talking about Honda and road safety, Prabhu Nagaraj- Vice President, Brand & Communication, Honda Motorcycle & Scooter India Pvt. Ltd., said, “As a responsible two-wheeler manufacturer, Honda is committed to spreading the message of road safety to everyone. Our road safety campaign #Helmet on Life On announced at the Auto Expo is another step in this direction. With over 1.6 lac people already trained in this campaign, this National Road Safety Week, we will take it to another level by engaging people across India.”

Not just on the usage of helmets, but also other important aspects of road usage will be promoted across 12 Honda Traffic Training parks in 5 geographical regions. Specially designed training modules will be delivered by internationally trained road safety instructors to participants across age groups including kids and adults.

Taking forward the legacy and promoting the awareness campaign, the ministry has also proposed to provide a financial assistance of Rs 5 lakh and awards to NGOs, cooperative societies and other agencies for creating road safety awareness till March 31, 2020. The NGOs and cooperative agencies will have to submit the applications to the state transport commissioner. If the applicant is an NGO, it must be registered on DARPAN Portal of the Niti Aayog.