People marooned at home for months together were bound to come up with weird stuff to do and further nominate their friends to do it. But just how weird and how viral these SM challenges would get, is something we’re here to discuss. You know, since it’s a World Social Media Day. 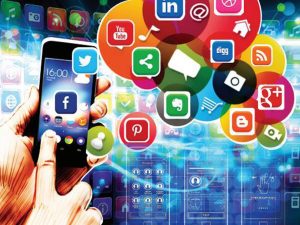 From dressing up to take out the trash to shaking a leg with the entire family, here’s what netizens have been up to during lockdown (quarantine)

This challenge simply requires you to convert your pillow into a quarantine couture. Actors Halle Berry, Anne Hathaway, and Tracee Ellis Ross were among the many that nailed it.

A potential house party game, this challenge requires you to attach a sheet of paper on a person’s back and place another sheet in front of that person. Now, what you draw on the person’s back is supposed to be recreated by that person just by feeling your hand movement and gestures. Sounds fun, doesn’t it?

Inspired by Drake’s Nonstop, this viral social media challenge had people switching clothes, poses and sometimes, even attitudes when the lights would switch off and then back on.

This challenge began in Australia where people dressed up as their favorite superheroes, Disney characters, or dinosaurs to take their trash to the curb. You know, for kicks.

This challenge is equal parts adorable and mean. It involves parents placing a bowl of candies or treats in front of their babies and telling them not to touch it until they are back, thus testing the kid’s patience or resilience. While most babies passed the test (like Kylie’s Stormi’s video) some just drag in any way.