AFTER WE COLLIDED : [ILLOGICAL ROMANCE]

After We Collided, is the other terrible, dabbler sequel that has come in the Romantic\Drama series. It has no love, no romance kind of thing. The storyline is wholly illogical and has no essence of Love. After we collided is the follow-up of the 2019 movie After. The insertion is effortless and with the collision of platitude too. A baseless plot where an angsty boy seems messed up with his holocaust past and ended up meeting the fascinating girl, who’s here to do the unpleasant job of just saving him from all of his misery. Alike, the previous disaster, this is just the other one who’s having nothing to show, apart from so-called ‘sex scenes.’ 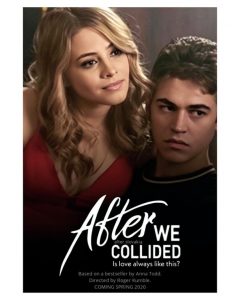 The movie started with the continuation part, where Tessa Young [Josephine Langford] had found out that Hardin Scott [Hero Fiennes Tiffin] has cheated on her because of the “stupid dare’ which has given by his friends. The consequences have led Tessa to dump Hardin.

In the Collided, Tessa has got an internship program at a bizarre publishing firm, where she found herself in the world of fairytale. It started with Tessa’s boss Christian Vance [Charlie Weber]. He told her about the great night out party and ask his wife Kimberly Vance [Candice King] for help to get ready. At the party, he meets the other intern, Trevor [Dylon Sprouse], and ended up as good friends to each other, along with some widely horrific scenes. 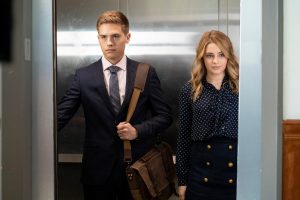 However, Hardin seems depressed for having the loss of Tessa. Though, this time it’s not for some dare thing or for creating hooking-up scenes. He started loving and want to do anything to get back her in his life. Where nothing is working, suddenly their lives mold into another twist as Hardin’s mother [(Louise Lombard]. His mother rationale them into together as in a couple. Several ridiculous and avertable misunderstandings are abruptly following them. Despite the replacement to break the silence and resolve the issues, they evolved to moped each other. There’s no such chemistry between them, and because of the tragedic ‘Plot.’ And the bunch of sex scenes, no chemistry could’ve seen between them. Besides, which reflects the actual genre of the film that is ‘Love.’ Alike every love story, it also has its vicissitudes and fluctuations where the other minor characters of the film create the various obstacles in their love story. Hardin’s estranged father (Rob Estes), Tessa’s overbearing mother (Selma Blair), and colleague (Dylan Sprouse) are the characters who became the barrier in their love story. And to create unnecessary fatuous between them. Though some uncompleted storylines also have become the one major issue of the failure of the film.

Makers tried to settle up the love triangle between Tessa, Hardin, and Trevor but, it failed to assemble to counter the plan of’ love triangle.’ Eventually, it’d gone from all over the head.

In the acting part, the actors were still disappointed with their performance. The actors seemed baseless, pointless, and unsupportive in their roles. Though, it also became the biggest drawback of the movie. Candice and Charlie had not had a prominent role in the film.

Just like the premises, it could be the sequel, but there’s no sense of totality you would see. Despite all the baseless experiments, the film has also compared such movies as fifty shades of grey, Twilight, The Kissing booth. Though these movies have a distinct fan base and like them, After We Collided could also find a way to collapse in your mind. But also be ready to see the murder of all logic and common sense.