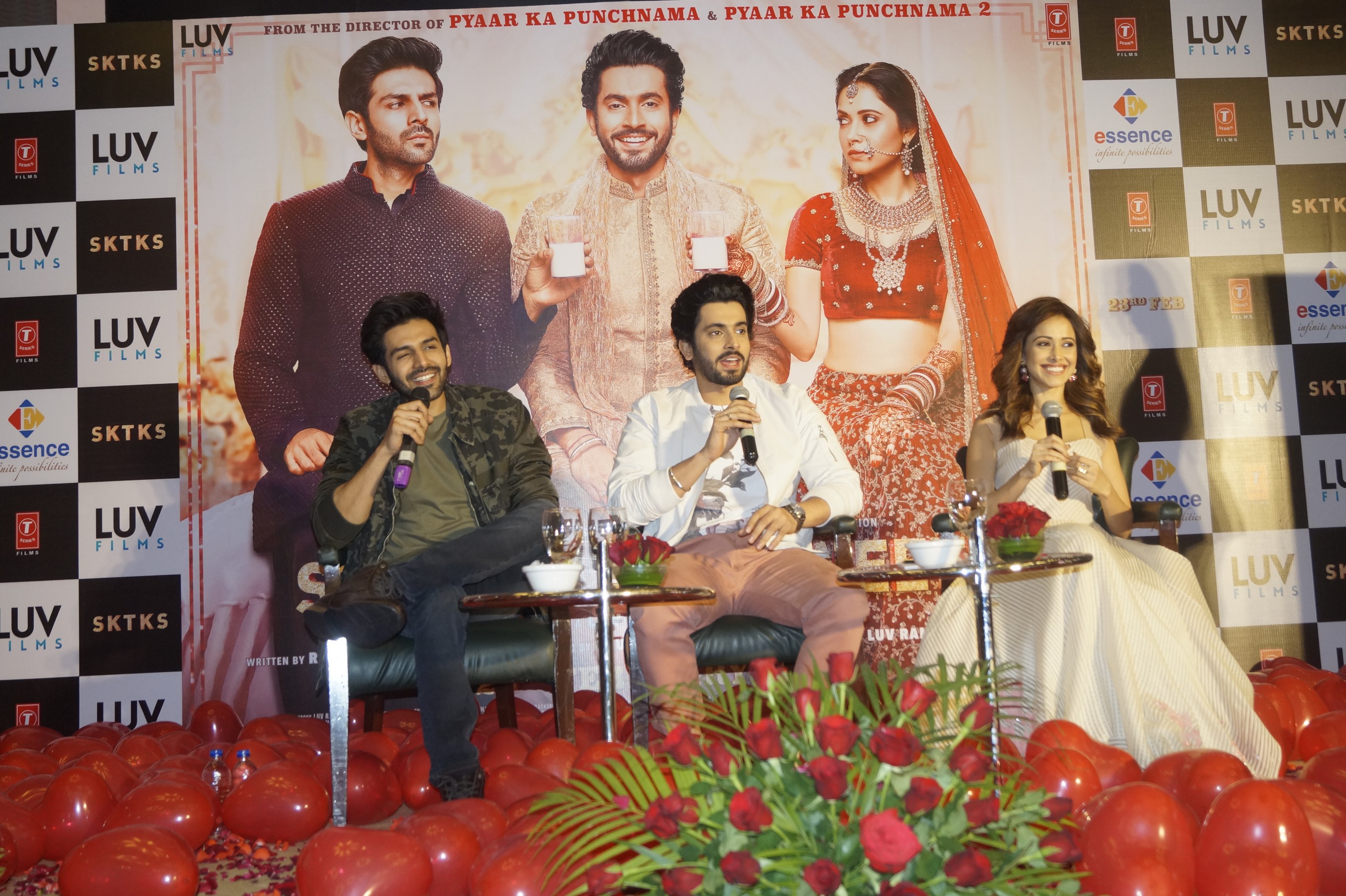 Presented by T-Series and Luv Films production, and directed by Luv Ranjan “Sonu Ke Titu Ki Sweety” is awaited to be released on 23rd of this February and the cast of the film is already excited talking about the film and their roles to the media. 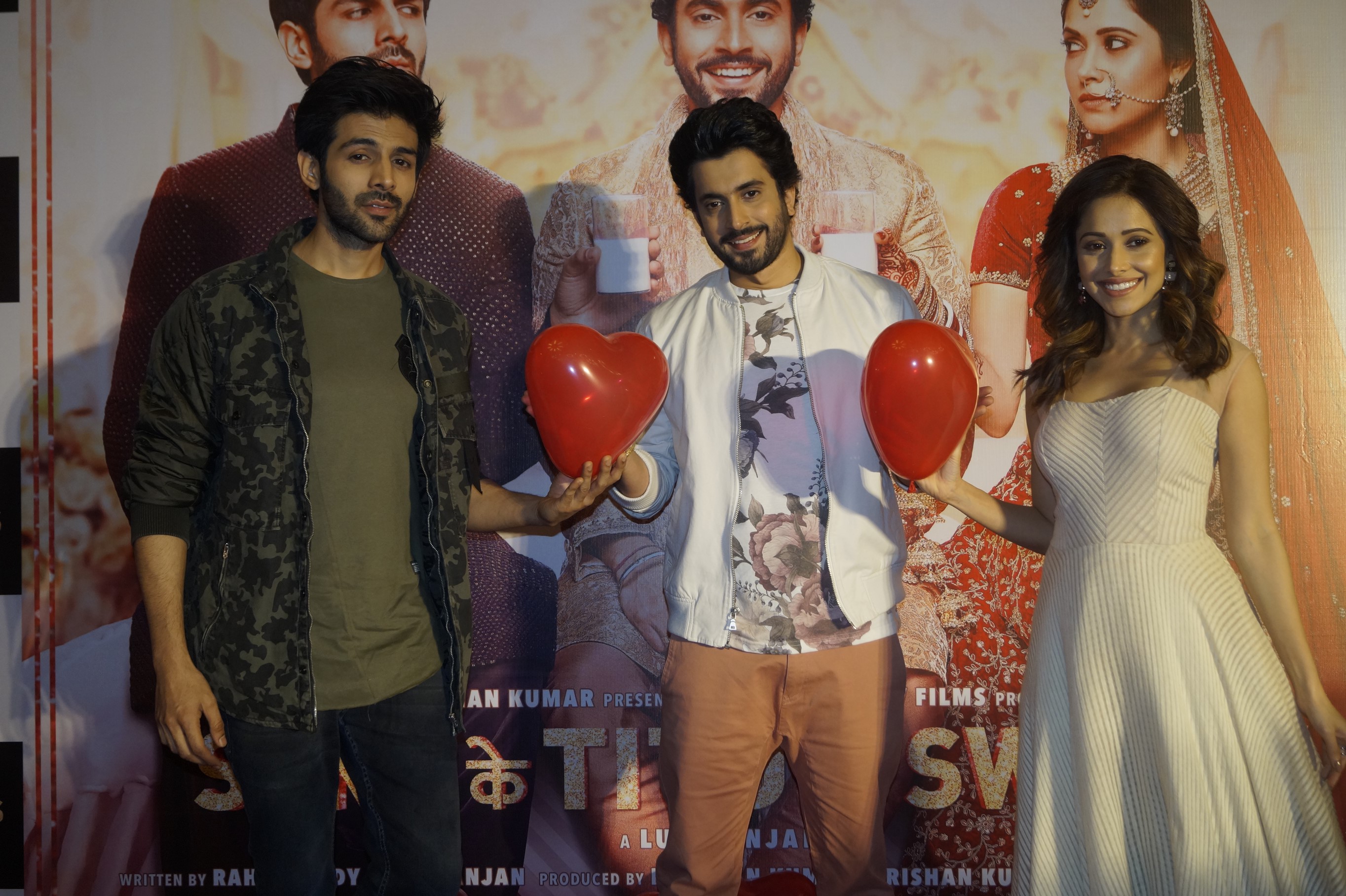 Recently, in a press conference were present all the three actors of the film for media interactions held in Hotel Le Meridien, New Delhi revealing how their upcoming comedy-drama flick is declared as an open war between Bromance and Romance.

On asking Kartik Aryan about the movie and the title he stated, “I think this movie is different, no films yet have showcased such a story which relates to romance and bromance as well.”

The film no doubt is a unique piece of art which describes the story of a girl who fights with the best friend (soul brother) of the guy she is going to marry.

Talking about the balance of brotherhood and friendship with touches of romance and love, he said, “I am sure everyone will love this concept. We are not overconfident but confident for the same.”

According to him, the film is nowhere close to Punchnama as there is a difference in both the films.

The leading actress Nushrat Bharucha seemed very excited, for the songs of the film and said, “We have great music in the film, the Honey Singh tracks are really special, and we worked too hard to maintain the same magic while shooting for the songs.”

“My experience was great with both Kartik and Nushrat, as I was pampered from both the sides. We share a great chemistry together in real and reel life too.” Answered Sunny Singh when was being asked about his experience in the film.