Get ready to laugh hard on March 23! 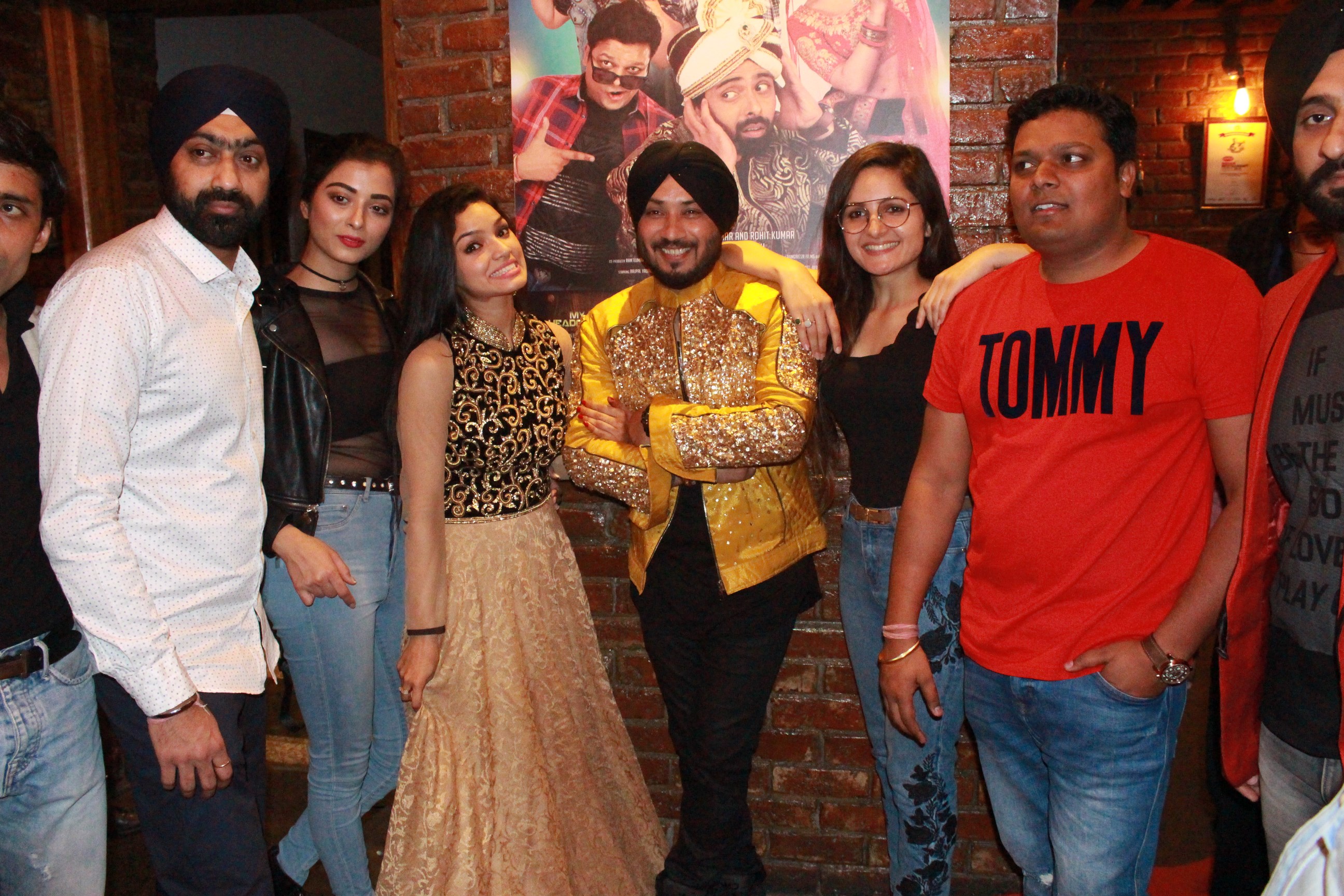 The entire cast of the film “Shadi Teri Bajayenge Hum Band” was in Delhi for the promotions of the upcoming comedy-drama flick produced under the banner of Rangreeza Films Production.

With a confident aura and excitement about their film, the team launched the songs of the film in the press conference and interacted with media people, sharing the uniqueness of the movie along with the music.

Talking about the comedy quotient , music and direction of the film, singer Dilbagh Singh said, “The best part of the film according to me is the accurate timing of comedy and punches. We portrayed our characters, the way we are in real life. I can say instant comedy and the other best part is the music of the film which is top class. We had top artists for the songs which include the biggest of all, legend Daler Mehndi Ji. We had a great time together working on this film.”

Revealing the plot and storyline, the directors of the movie claimed that everyone who watches the film will love it. The movie is based on the life of three friends who have an interesting life and share a special bond with each other.

The laughter riot with a variety of plot twists will hit the theaters on 23 March 2018 which will feature the music given by Aditya Pushkarna.