The iconic 65th Jio Filmfare Awards South 2018 is back 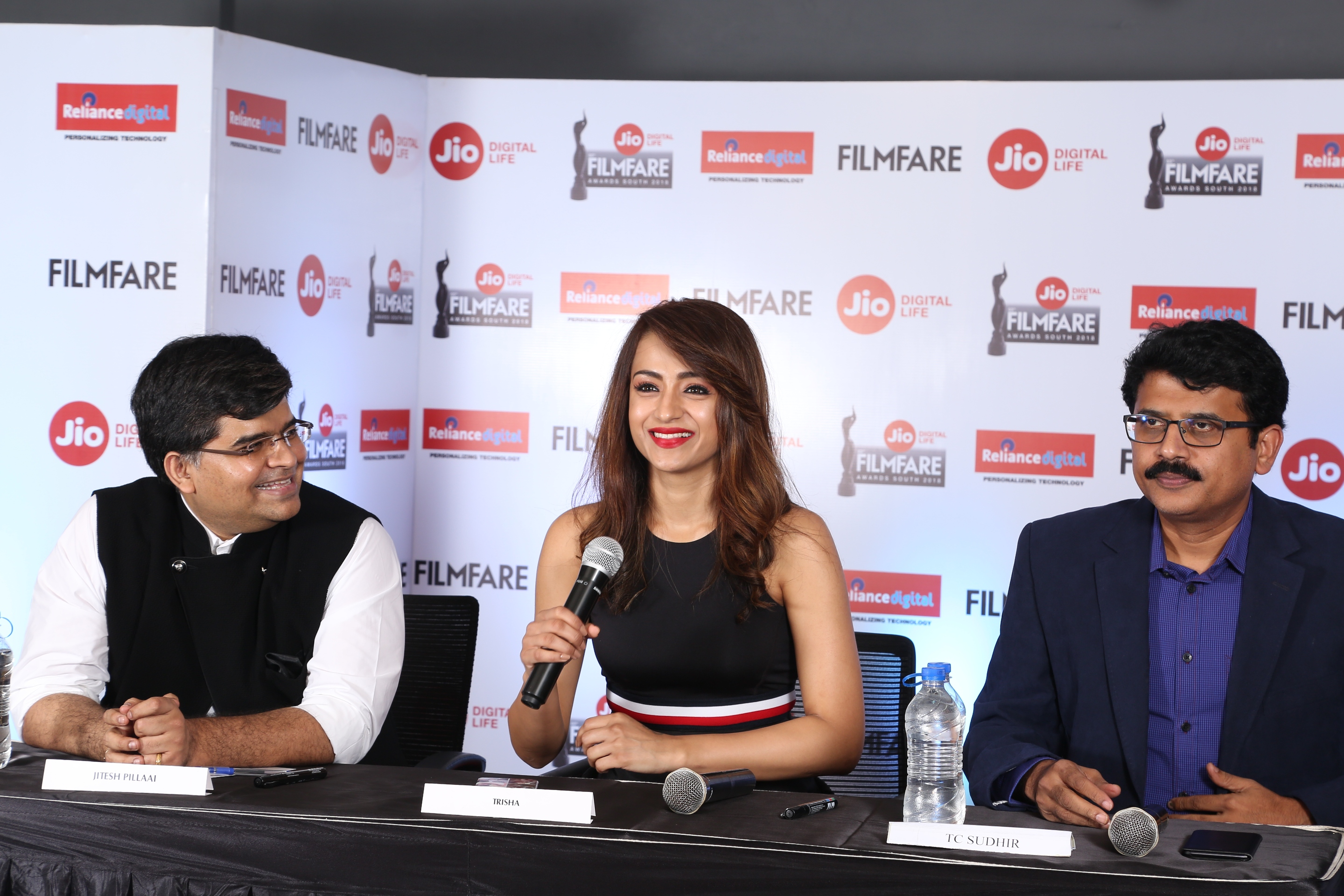 To honour the best of South Indian Cinema

The most revered awards by Filmfare is back to honour the South Indian Film industry at the 65th Jio Filmfare Awards South 2018. The young and talented actress Trisha Krishnan and Mr. Jitesh Pillai, Editor of Filmfare, announced the date of the most awaited awards night to be held on 16th June 2018 at Hyderabad International Convention Centre, (HICC).

A traditional lamp lighting ceremony was then held at Reliance Digital store at Kilpauk Chennai to mark the occasion.
The South Indian film industry continues to add strength to the Indian cinema with its phenomenal films and versatile artists. The 65th Jio Film fare Awards South will felicitate the best creative talent and some of the most aesthetic and successful films of 2017. The winners will be adjudged across 10 categories for films in Telugu, Kannada, Tamil and Malayalam.

Speaking at the event,Editor of Filmfare magazine, Mr. Jitesh Pillai said,“The iconic journey of Filmfare Awards South began over 6 decades ago and continues successfully year after year. It feels great to witness such a noteworthy journey of the property at the back of honouring talented artists and creative films. We will be looking forward to a night of honours and celebrations at its best at this year’s Jio Filmfare Awards South.”

Speaking on the momentous occasion actress Trisha Krishnan commented”My first memory of Filmfare was winning the award for my film Varsham. There is this aura about Filmfare that every actor possessed even before entering the film industry, and hence, it is a privilege to be associated with Filmfare because it has always been like a family to me.”