Insidious 4: Not the right film to start the New Year 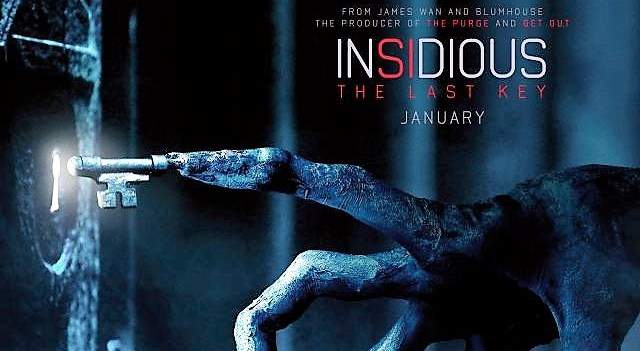 What’s the first thing that comes to your mind when you hear the word “Insidious”? The soundtrack that pushes you to the edge of your chair, loud, sort of like atonal scratchy violin score mixing with some really weird piano bangs, the red-eyed demon and “The Further.” Though James Wan’s original movie was creepy when it first introduced us to the story of demonologists Elise Reiner (Lin Shaye), Specs (Leigh Whannell), and Tucker (Angus Sampson), “Insidious: The Last Key” (the last chapter) seems to have lost its charm.

Writer Leigh Whannell crafted an origin story for the “Insidious” series and tried really hard to hold it all together. While Insidious 3 was about how Elise got out of her ghost hunting retirement and teams up with Specs (Leigh Whannell) and Tucker (Angus Sampson), in this part we finally get to see Elise’s childhood days. As the name suggests, it is the last one in the series (try not to feel very sad about it though).The main interest of all who already watched the other three movies focused on Elise Reiner. As usual, Lin Shaye was quite good even though the screenplay was disappointing.

The main weakness of the final installment of “Insidious” series was the plot of the story. As most of us already knew the concept of “the Further” and traveling mentally to the astral plane, the ending was pretty obvious. The story concluded with Elise getting a call from Lorraine and a flash of red-faced demon to remind us of the chilling experience of “Insidious 1”.

However, the movie does have few well-executed jump scares and most of the credit goes to cinematography (Toby Oliver) and background music (Joseph Bishara). The presence of an entity at certain places like at the police station looks out of context. The new demon, KeyFace, introduced in this movie, reminded us of Daina (Lights Out) a lot of time.

Finally, if you are really looking forward to watch the last chapter of the “Insidious” series, get ready to be really disappointed.