Hachette India today announced the launch of the new aesthetically enhanced 28th edition of the Limca Book of Records (LBR) at Higginbothams in Chennai, the oldest bookshop in India. The latest edition has masterfully leveraged distinct display pages, reader-friendly infographics and charts to make it more visually appealing. The contents of the book would also be made available in newer digital formats, which can be easily consumed by readers. 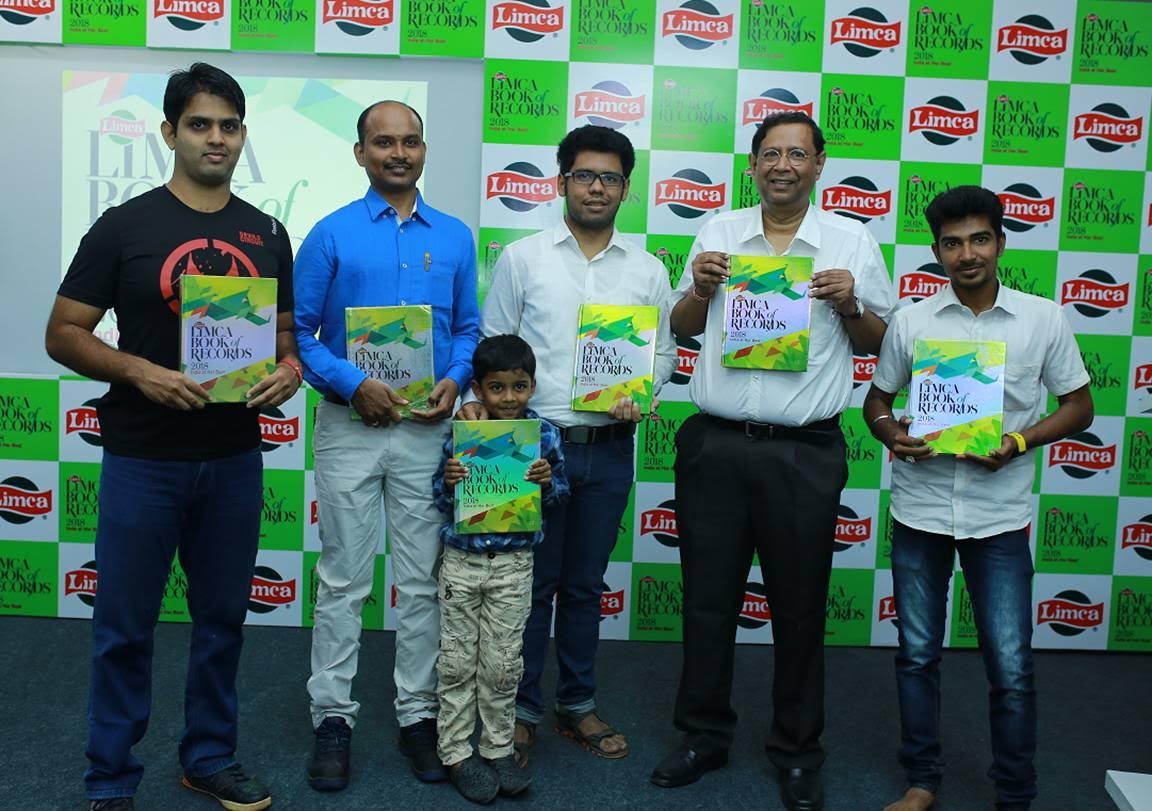 The book brings together a diverse range of information on several subjects and is divided into chapters for easy reading. It includes the ever-popular Human Story section in addition to sections on Education, Agriculture, Medical Science, Sports, Nature, Adventure, Radio, Cinema etc. This year’s edition also features new dedicated sections on Business and Economy, The Natural World and Science and Technology which makes it extremely insightful for the readers.

Over last two decades and more, the foremost record book for India is dedicated to providing a platform to extraordinary talent and achievers to demonstrate their achievements and earn wider recognition for their efforts. The latest edition captures close to 4000 such records, which shape up and contribute to a bolder and more resilient India.

Krishnakumar, President, Coca-Cola India & South West Asia said, “Consider LBR to be an ode to exemplary humans, who transcend the thinkable and overcome all odds to accomplish their goals. They are true inspirations for all of us. We’ve records from the back of beyond of India and this establishes how talented our country is and talent is not just an urban phenomenon. As diverse as our talent pool is, we would have similar diversity in LBR formats for the readers’ comfort and delight. It’s available in print and some highlights will be up on our digital magazine, Coca-Cola India Journey with a digital version eventually.”

Thomas Abraham, Managing Director, Hachette India, said, “We hope readers will enjoy the new bigger LBR with an all new metallic cover and repositioned reference layout with stunning images, useful charts, infographics and tables as much as we enjoyed putting it together. This year’s edition returns to being both core reference featuring key records and landmarks of earlier years along with a range of brand new records that will make for enthralling reading.”

S Chandrasekhar, Wholetime Director, Higginbothams said, “Limca Book of Records is an inspiration to millions of Indians for over two decades now. We, at Higginbothams, feel privileged to be a part of it as an institution that holds the record for being the oldest book shop in India having opened its doors to public in 1844.”

Some of the interesting and noteworthy records featured in this year’s edition are those created by Agni-V as India’s longest-range nuclear missile tested successfully last year, and 200 million users in India making us WhatsApp’s biggest market, reflecting the penetration of mobile data and other broadband technologies, as we move toward digital India.

This year’s edition also features Sachin Tendulkar’s autobiography ‘Playing it My Way’ which broke all records for the largest selling adult non-fiction and the Indian teen RifathSharook for developing world’s smallest satellite KalamSat, which was launched by NASA in June 2017.

The book will be launched in English, Hindi, and Malayalam and will be available across the major bookstores in India. A dedicated section of LBR capturing select records and interesting stories will be available on Coca-Cola India Journey.