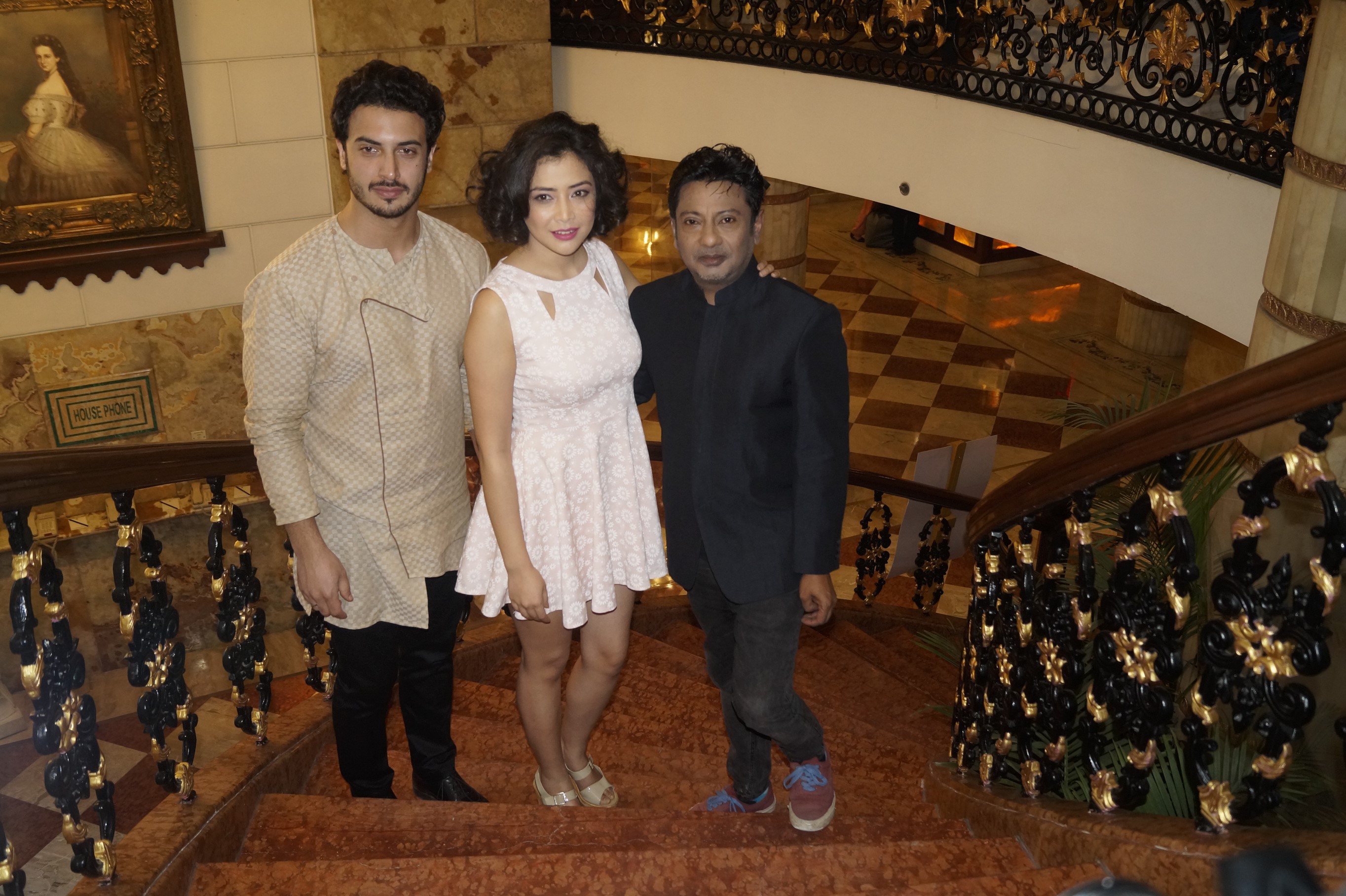 The romantic drama flick, Kuchh Bheege Alfaaz directed by the National award-winning director Onir who is well known for his intense movies is all set to release on February 16th, starring  Geetanjali Thapa with Zain Khan Durrani who is debuting in the film.

The entire star cast along with the director came to Delhi where the leading actors along with Onir were seen interacting with media at a press conference held in Hotel Le Meridien.

The movie is based on the online romance and a modern day love story in the age of social media portrayed by two leading characters of the film RJ Alfaaz & Artist Archana.

While talking to media director Onir shared his views about the movie, he stated, “I started shooting for this film in August last year, the entire journey of the film was amazing.”

Making a fun of his history with films he said, “It’s the first time in this film of mine no one is dying, this movie spreads love and happiness. This movie coming on the Valentines weekend and I guess it’s a perfect time for this movie to get released.”

Excited about the cast he introduced, Geetanjali and Zain, of course, saying he had a great time working with them.

Both the leading actors seemed excited about their film told media, “We are very nervous and excited and we hope people like us in the film”.