Raat Baaki Hai -An Enigma of One Black Night

Raat Baaki Hai is the new thriller/ drama movie of ZEE Original which has been released on 16 April 2021. The movie has gleaned from the Hindi play “Ballygunge 1990” by Atul Satya Kaushik. This is a cleaned unsurprising murder mystery with sorted twists and turns.

The film has started with the ‘murder call‘ of Bollywood Actress Vani Chopra [Dipannita Sharma]who’s found dead in her suite of the hotel room on the same day of her engagement. The murder case has handed over to Rajesh Ahlawat [Rahul Dev] who’s seems to very bold and audacious in solving the case just in one night. As per his investigation, immediately before the murder of Vani, there was a grand ceremony of her engagement with Kartik Sharma [Anup Soni] along with some colleagues and friends. In midst of the ceremony, Kartik Sharma took hugely fight with director friend Ryhan [Saurabh Sachdeva] who was trying to take the lapse of Vani and also were mocking Kartik about their past relationship. They both were too drunk and couldn’t resist being left themselves to behave. After the fight, all of them had gone on to their rooms. Kartik was so drunk and upset with Vani too. In the meantime, after the hangover, Kartik found himself with the ensanguine knife and he saw the Vani is dead too. Kartik got panicked and he ran from the hotel. Though he didn’t have any idea what did he do actually? He was penetrating himself from the mess which leads him to the Sujaan Singh palace. In the palace, he met his 12-year-old lady love Vasukhi [Paoli Dam] who is Sujaan’s wife now. In midst of the ongoing panics, he had no idea what to do. Perhaps, to meet Sujan Singh. Sujaan Singh is the maharaja of Ratangarh who is a strapper of the town. This is a mystery story where fiance and friend end up as suspects of the murderer. On the other hand, the flashbacks of the film are elucidative which is designed to frame or bring out the important but predictable twist of the movie and do change the character’s image into the shady part. Vasukhi first appears as a mutual friend but eventually ended up as the biggest homicide who’s entangled her hopeless betrayed emotions into the artificial killer.

Abhinav Das [Director] has tried to give the basic drama/thriller story which is based on the Hindi play Ballygunge. He shifted the plot from Bengali to Rajasthani style. He resembles the beginning with an impressive and abstruseness mystery but eventually ended up with an effortless and very predictable mystery. There is no concept of totality in the story like you haven’t seen before. With some extra endeavor, he could’ve been trying better in designing the plot. 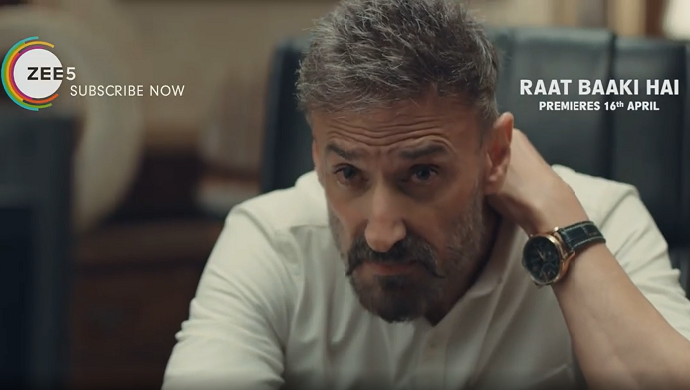 Rahul Dev has impressed with his cop bossy look and did equity with his role. Anup Soni seems quite fail in his disruptive role. Although he manages himself as in character but failed in the end. Dipannita played the role of a glamourous Bollywood Actress but seems like she is already entangled in her acting skills. Despite fashionable looks, she has no big thing to do in the movie. Bengali actress Paoli Dam has impressed with her elegancy and her dialogue timing. But in the meantime, she failed to seem like as in Rajasthani Rani, the Bengali touch couldn’t leave her. The screenplay has quite well in the beginning but moderately in the dull shade eventually. The film has shot in Rajasthan, where the location is perfectly splendid. The haveli has grabbed the attention where it gives the total Rajasthani Royal feel. The climax of the movie can be easily anticipated and it’s not likely to remain as an extraordinary thriller theme. The background music can support the movie to maintain a balance of thriller moves. It is a ‘basic mystery‘ of the murder and feels so unrealistic at the same point.