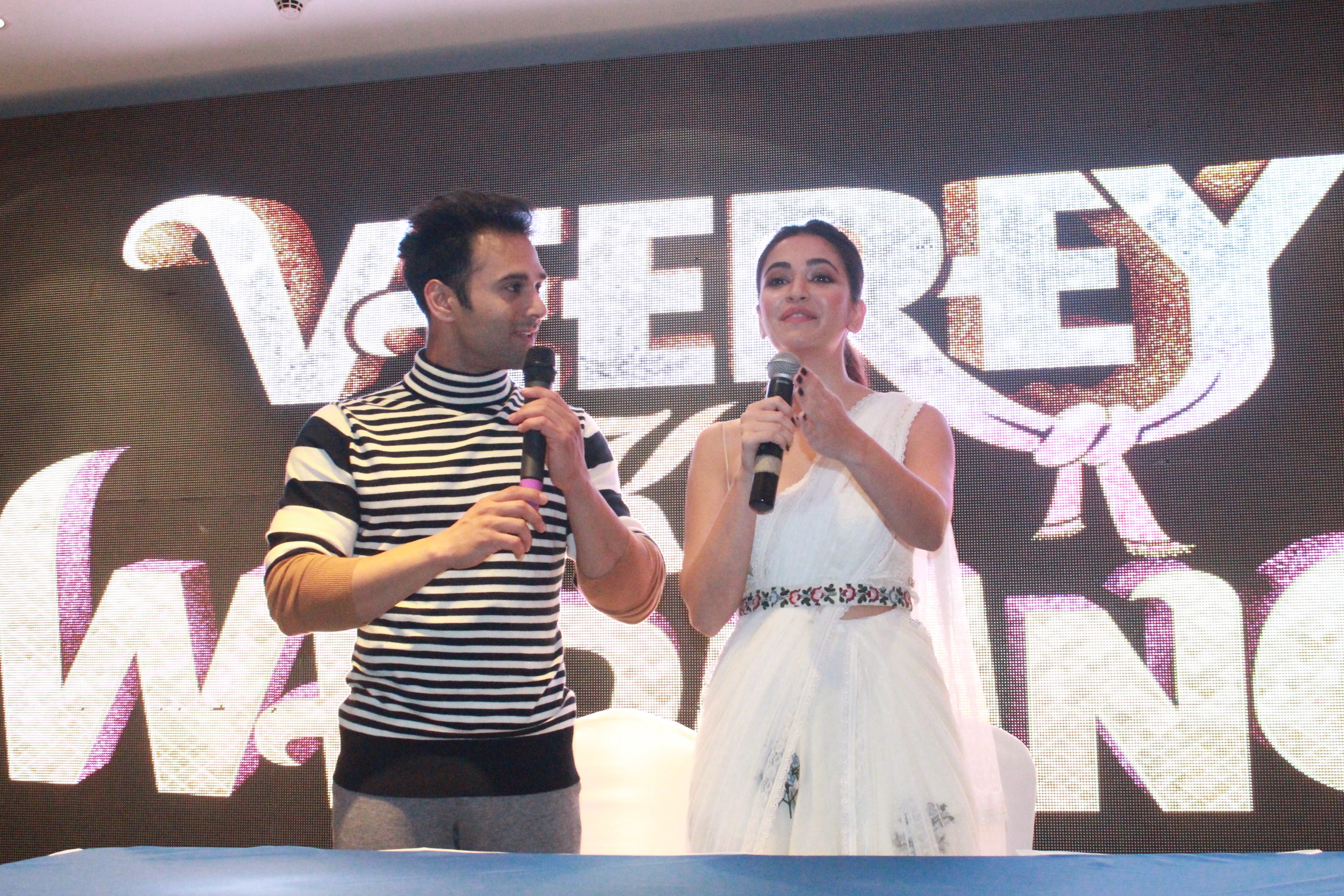 Featured under the banner of Make My Day Entertainments, the upcoming film, ‘Veerey Ki Wedding’ which is directed by Asshu Trikha is now all set to be released on 2nd March.

Pulkit Samrat and Kirti Kharbanda, the leading actors of upcoming drama flick were in Delhi for media promotions recently.

While asking about the controversies heading for the title as well as song of the film, Pulkit stated, “All the matters are sorted now, whether its name of the movie or song Hatt Ja Taau, the movie is near to its release, we are prepared to carry forward our film smoothly.”

The duo was excited to be working together on screen and it could be seen when they talked about their chemistry in the film.

We had fun while shooting for this movie with the entire team of the film. Said Pulkit to which Kirti replied, “Me and Pulkit really worked hard for this film, we tried to put our real selves in the roles we are portraying in this film, and if I talk about the controversies, I feel like controversies actually does not matter, if the product is good, everyone will appreciate it.”

Revealing facts apart from the film and their roles, Pulkit told media about the food obsession Kirti has and Kirti also agreed with every word that Pulkit said in front of the media.

She said, “I love food, and I get excited when I shoot in the location of North, as we shot for this film, the food here is great.”

The cast of the film is wished all their audience a very Happy Holi and have requested everyone to go and watch the film with their family to add onto the colours in the celebration of the festival.