Influence of Bollywood on Today’s Youth

In today’s era from a kith to an adult, everyone is keen on watching Bollywood and is influenced by it.

This is because today the maximum number of people are deviating towards negative content movies and they just want something cheesy and entertaining which can somewhere provide some kind of entertainment, although there are pros and cons of each and everything in the case of Bollywood.

It can be 2 sides of a coin idiom coz Bollywood also leaves a positive and negative effect as well.

Its positive impact till yet is that it has progressively given good thoughts to the people and changed their perception towards gender inequality movies like Dangal, Jhansi Ki Rani, and many more showed women empowerment and also taught the society that girls aren’t weak. They can also achieve something in their life if they are provided with equal opportunities like boys are provided with. 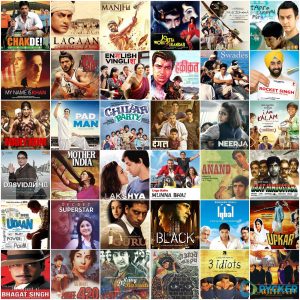 Though most of the Indian movies concentrate towards love so our young generation also gets influenced through it a lot and just invests their useful time in getting attracted to someone and chooses love against their career but the movies like Shaadi Mein Zaroor Aana and many other movies taught people a proper meaning of career.

Some movies like Zindagi Na Milegi Dobara, 3 idiots taught the people to live their life properly and also explained what is the way to achieve success in life.

Movies like Chichore, Bhaag Milkha Bhaag taught us that no matter how bad it happens in life even after a failure if we try getting up and give a bounce back we can succeed.

But sometimes Bollywood has also shown the movies which create a negative impact on the minds of people like actors consuming alcohol and shows it as heroic, some movies also show an actor living a luxurious lifestyle which directly triggers the minds of middle-class people and they try being like them.

Bollywood has taught people many things but at the same time, it needs to launch something cheesy and spicy which may also entertain the people.