Should Smartphones get Banned?

Today smartphones have almost become a second life partner of every individual person they can stay without each and everything but not without their smartphones.

Indeed smartphones make a particular task so convenient and easy to do, it also provides us knowledge of many things. It’s almost a multi-task performer, in the early day’s people use to run to banks and other financial institutions for exchanging money.

In the olden days’ people used other sources for sending messages which used to take a very long time but now through smartphones it’s not only convenient to call or send messages but also has become possible to video call that particular person whom you wanna conversate with.

Smartphones include a bulk of facilities in it which creates a lot of conveniences for an individual person and also saves time but as we know that there are pros and cons of each and everything, some people also use to make wrong use of smartphones which results in creating a negative impact in their minds. 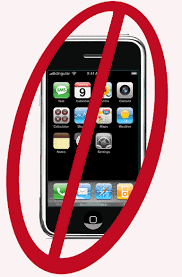 Today on an average a millennial spends 4-5 hours on his/her smartphone which is creating a negative impact on their minds as well and today which has resulted that we have become a slave to this technology people have got lazier and are getting victimized to obesity.

The technologies were meant and produced to make our work easy but we i.e today’s generation rather than using it in a positive manner we are overusing it which is becoming a threat to our physical and mental health day by day.

It would be good if we were without smartphones as people are wasting a lot of time on smartphones which will soon also affect the literacy rate in our country which has almost started to a certain extent.

We have adopted our minds in such a way that it has become a part of our life and has totally made us dependent upon them.

We have granted half of our life to smartphones as we are totally dependent upon them even for our basic works. The end of smartphones will make the human body more mobile in working and will avoid body stiffness.