S Vishnu Sharmaa, INN/Chennai, @svs037
This Republic Day has brought happy news for Southern Railway. Security commissioner of RPF P Ponraj (Southern Railway) has been selected for awarding President of India’s police medal which will be awarded on January 26. 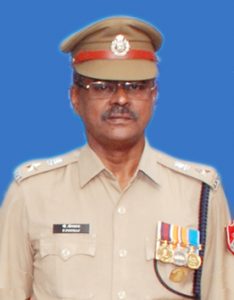 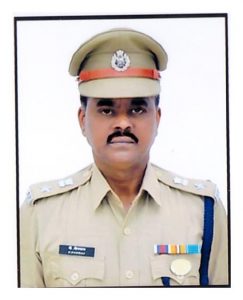 Ponraj is an officer with more than 38 years of service and has a reputation of being sincere and possessing  leadership qualities.
He was appointed as sub-Inspector in RPF and was elevated to the rank of Divisional Security Commissioner. He worked in various capacities at important railway stations like Chennai Central, Chennai Egmore, Bhopal, Vijayawada and Salem.
He is responsible for the detection of many noteworthy cases under RP (UP) Act. His meticulous planning and coordinated efforts with GRP has facilitated to prevent crime against passengers.
During his stint as Divisional Security Commissioner, Salem, Ponraj’s efforts have brought him many laurels like ‘Security efficiency shield,’ General Manager’s Railway Week Award on five occasions. He also got IG-RPF Railway Week Award on three occasions, Director General / RPF Insignia. The prestigious Indian Police Medal was also awarded to him during 2006.
Share