Host of activities marked the second day of special cleanliness drive taken by Southern Railway as part of Swachhta Pakhwara 2019. 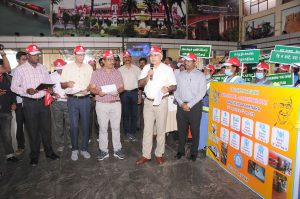 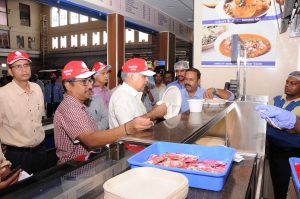 Mishra visited the exhibition put up at Dr MGR Central to educate rail users about plastic waste and alternatives for single-use plastics. He interacted with the housekeeping staff and impressed upon them the need to maintain Cleanliness at Railway premises.

Southern Railway has been taking sustained efforts to achieve high standards of cleanliness. Akin to  Railways’ eco-friendly Biotoilet mission that has resulted in zero discharge on tracks, single-use plastics will also be done away in a phased manner.

He appealed to passengers to join hands with Railways and extend their support for plastic-free Railways.