Focus is on vigilance awareness for S Rly 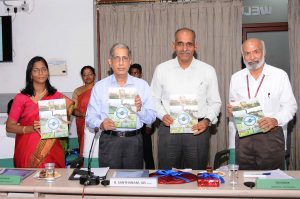 A seminar on vigilance awareness was held. Former IAS officer R. Santhanam was the chief guest. He highlighted  the ways to handle  conflicts in personal life and probity  in public life which is often the major reason for corruption.

The former bureaucrat also shared his experiences in various responsibilities he held during his service in Government of Tamil Nadu. He also pointed out some areas of development for Railways to adopt to provide a better experience to the travelling public.

General Manager John Thomas and all senior officials of Southern Railway participated.  General manager emphasized on maintaining Integrity and discipline in public life. A series of programmes will be held as a part of Vigilance Awareness Week.

Awareness seminar with all the divisions of Southern Railway through video conference and awarness programmes to employees at grass root level at major stations, expert series lectures on asset integrity monitoring technology, forensic accounting and intelligent re-fuelling solutions for railways, quiz, essay competitions, elocution for students in schools, colleges, railway institutes are among the programmes.

Runs, walkathons for unity, receiving suggestions for best system improvement from officers/employees,  distribution of pamphlets and booklets containing Do’s and Don’t’s in Railway working, customer grievance redressal camps in all important stations will also be held.